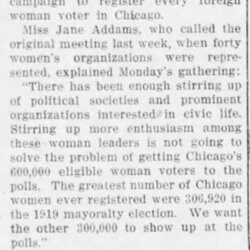 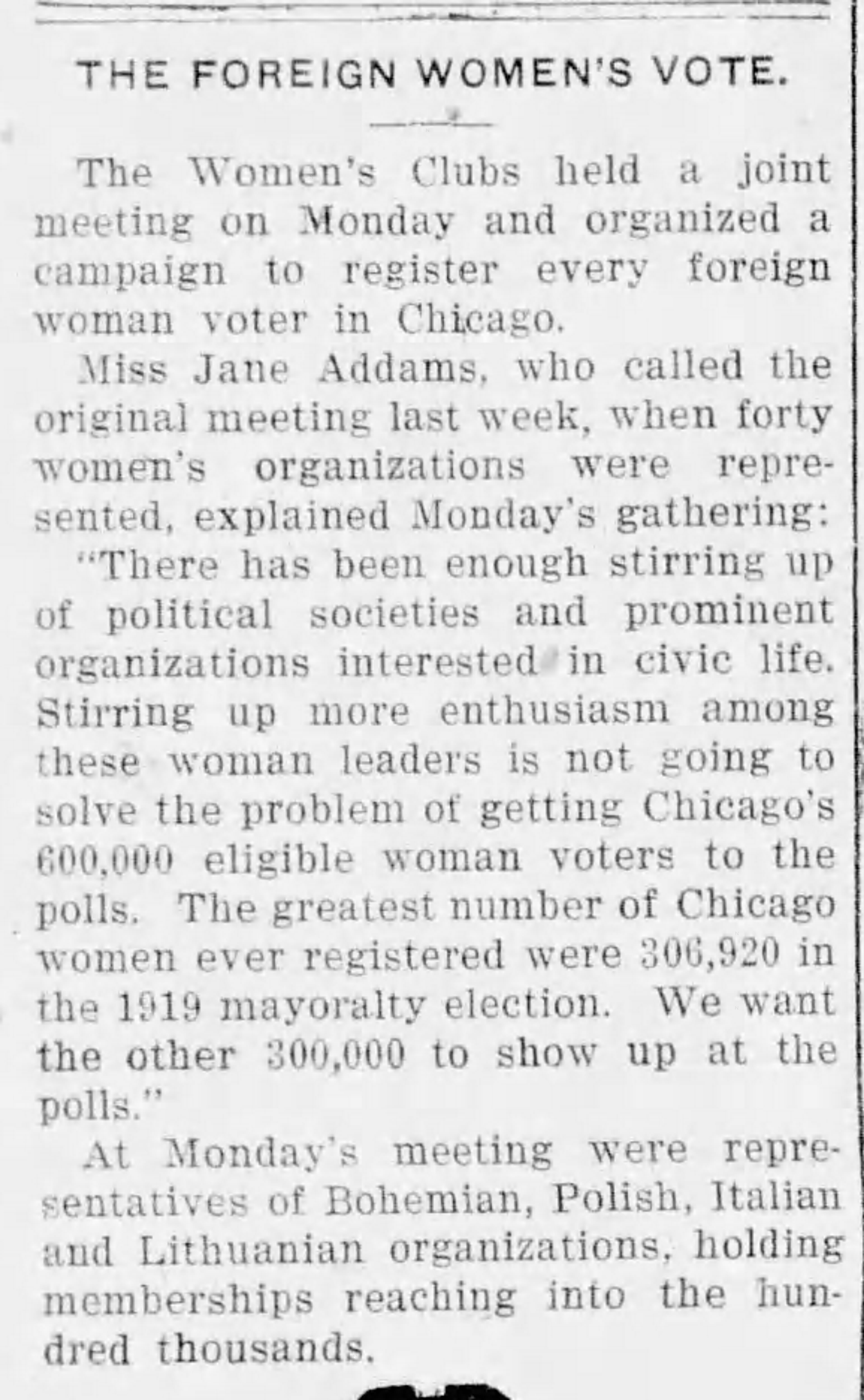 The Women's Clubs held a joint meeting on Monday and organized a campaign to register every foreign woman voter in Chicago.

"There has been enough stirring up of political societies and prominent organizations interested in civic life. Stirring up more enthusiasm among these women leaders is not going to solve the problem of getting Chicago's 600,000 eligible woman voters to the polls. The greatest number of Chicago women ever registered were 306,920 in the 1919 mayoralty election. We want the other 300,000 to show up at the polls."

At Monday's meeting were representatives of Bohemian, Polish, Italian and Lithuanian organizations, holding memberships reaching into the hundred thousands.

Addams calls for getting all Chicago women to the polls at a joint meeting of Chicago Women's Clubs.