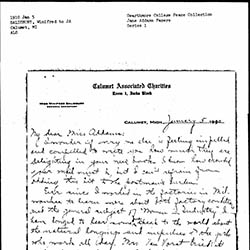 Winifred Salisbury attended the University of Wisconsin and held a fellowship residency in the university's settlement. She then worked for the Chicago Bureau of Charities, serving as superintendent of the Woodlawn district. Salisbury then worked in various factories in Milwaukee in order to learn about labor conditions for women. Salisbury later became the General Secretary of Calumet Associated Charities.

Salisbury never married, but she had a partner named Helen McCray, who appears as living with her in a few federal censuses. Salisbury died in 1963.