Resolutions by the Delgates of the Biennial Session of the National Council of Women, November 11, 1921 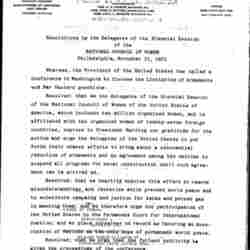 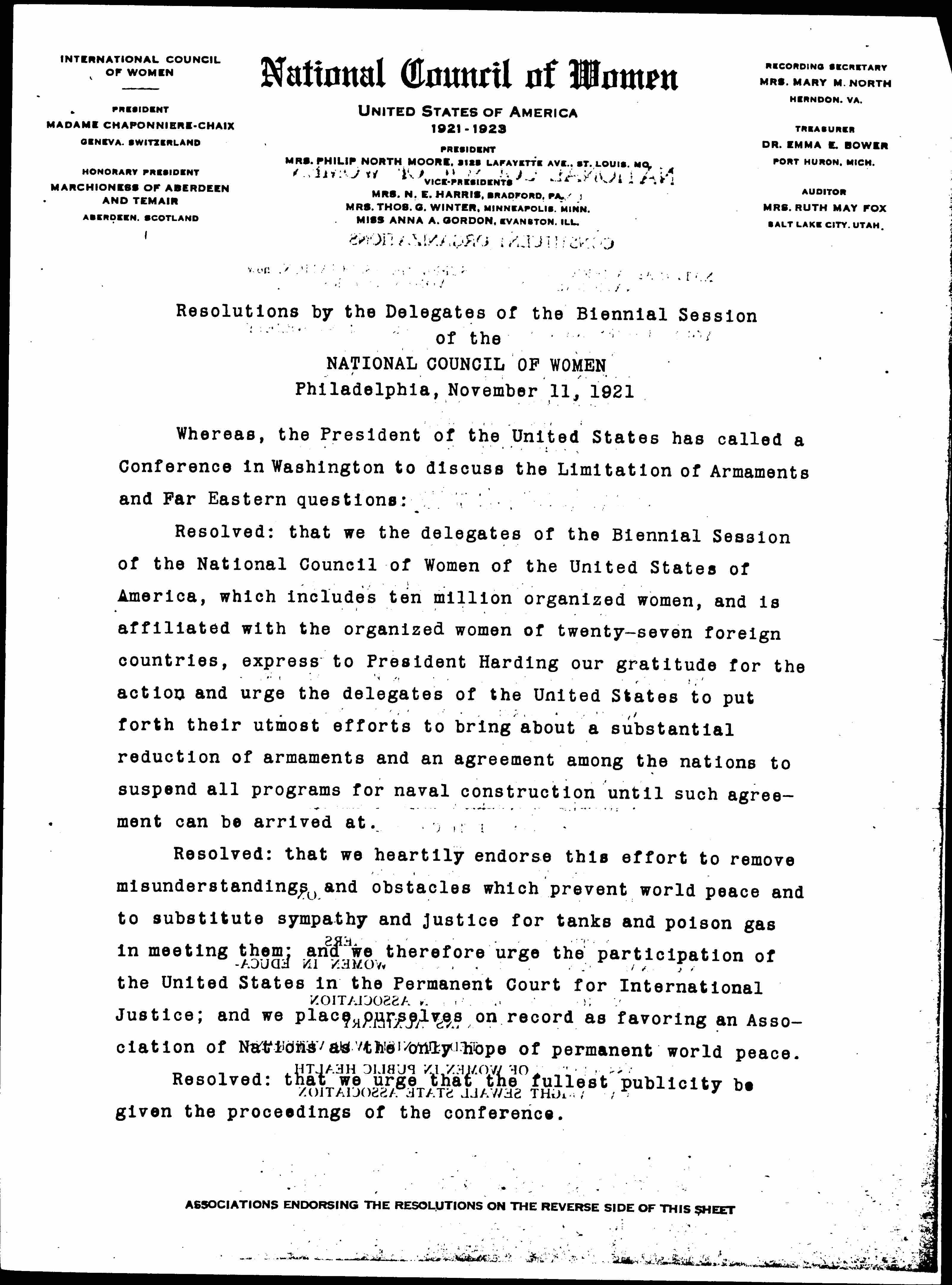 Resolutions by the Delegates of the Biennial Session of the
NATIONAL COUNCIL OF WOMEN
Philadelphia, November 11, 1921

Whereas, the President of the United States has called a Conference in Washington to discuss the Limitation of Armaments and Far Eastern questions:

Resolved: that we the delegates of the Biennial Session of the National Council of Women of the United States of America, which includes ten million organized women, and is affiliated with the organized women of twenty-seven foreign countries, express to President Harding our gratitude for the action and urge the delegates of the United States to put forth their utmost efforts to bring about a substantial reduction of armaments and an agreement among the nations to suspend all programs for naval construction until such agreement can be arrived at.

Resolved: that we heartily endorse this effort to remove misunderstandings and obstacles which prevent world peace and to substitute sympathy and justice for tanks and poison gas in meeting them: and we therefore urge the participation of the United States in the Permanent Court for International Justice; and we place ourselves on record as favoring an Association of Nations as the only hope of permanent world peace.

Resolved: that we urge that the fullest publicity be given the proceedings of the conference.

ASSOCIATIONS ENDORSING THE RESOLUTIONS ON THE REVERSE SIDE OF THIS SHEET. 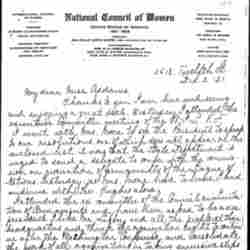 The National Council supports the aims of the Washington Disarmament Conference.

The list of organizations on the reverse was not filmed.