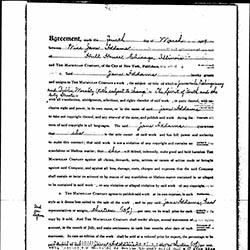 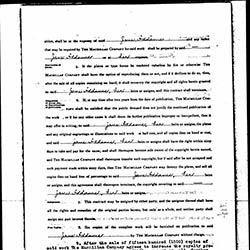 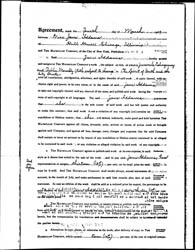 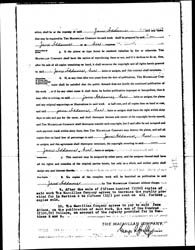 Agreement, made the <fourth> day of <March 1909> between <Miss Jane Addams> of <Hull House, Chicago, Illinois> and THE MACMILLAN COMPANY, of the City of New York, Publishers. 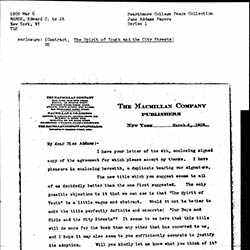 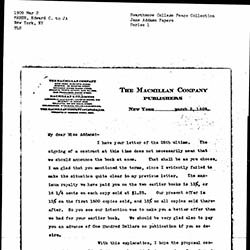 The contract outlines the publication and financial aspects of The Spirit of Youth and the City Streets.

On the left side of page 1, the contract's author has written "And see Section 9" next to Section 2.