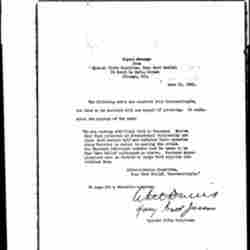 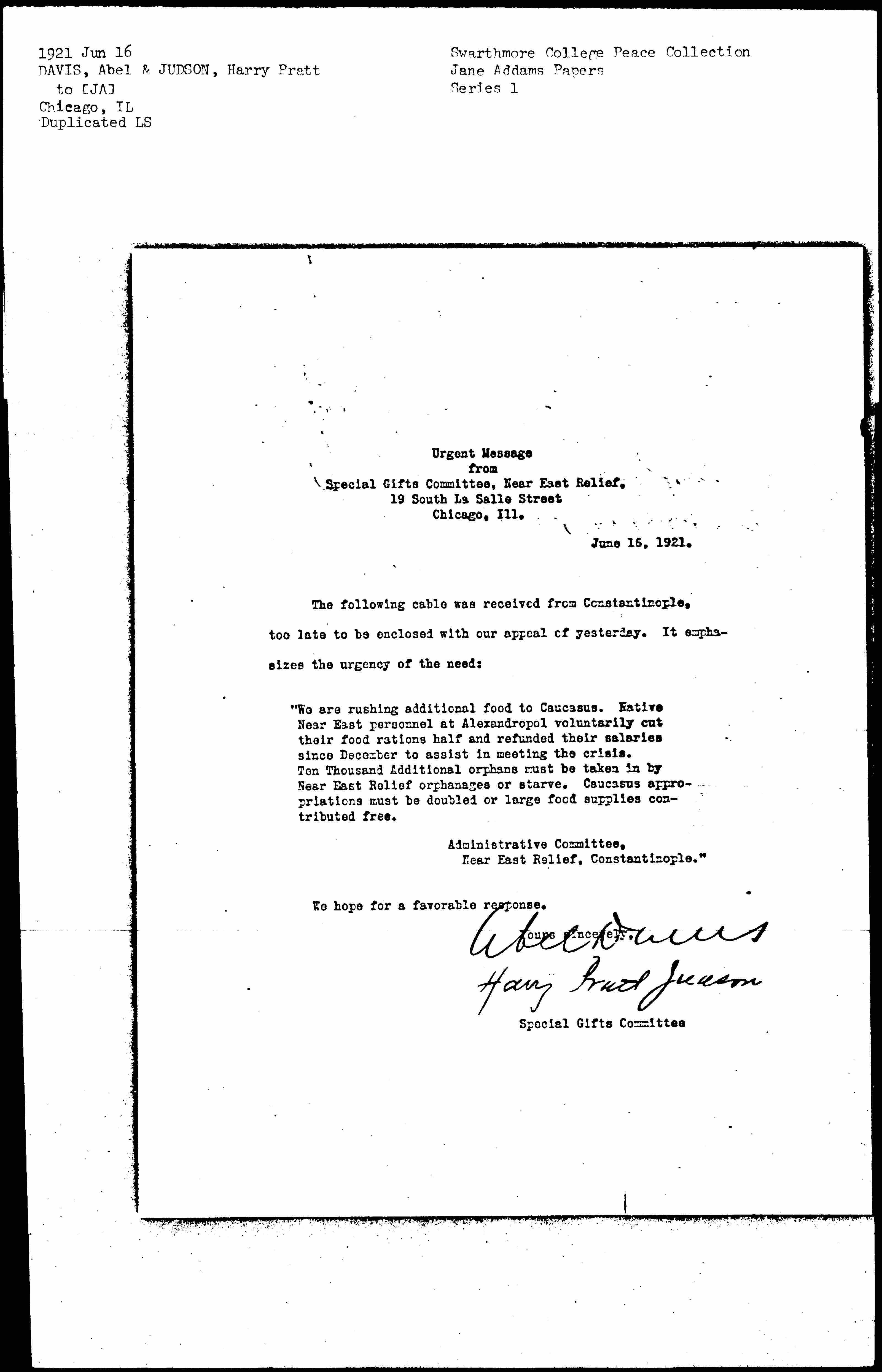 The following cable was received from Constantinople, too late to be enclosed with our appeal of yesterday. It emphasizes the urgency of the need:

"We are rushing additional food to Caucasus. Native Near East personnel at [Alexandrapol] voluntarily cut their food rations half and refunded their salaries since December to assist in meeting the crisis. Ten Thousand Additional orphans must be taken in by Near East Relief orphanages or starve. Caucasus appropriations must be doubled or large food supplies contributed free.

We hope for a favorable response. 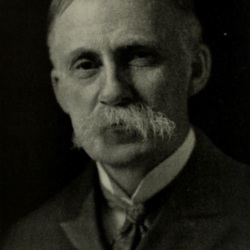 Davis and Judson send Addams an appeal for assistance in feeding the Caucasus.