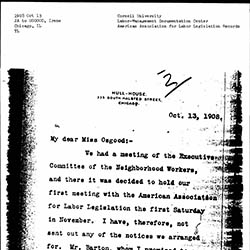 Edward P. Barton studied law at Hamilton College before being admitted to the New York bar in 1852. He then had a law practice in New York City before moving to Illinois in 1855 and continuing to practice law. In the 1880s, Barton became a county judge for Stephenson County. He was also a director of the Freeport Public Library. Barton was a family friend of the Addams family and was also the family lawyer. He administrated the estate of Jane Addams' father.

Barton married Mary Ann Walker in 1864. They had two daughters: Alice M. and Anna E. Barton died of a heart attack in 1893.