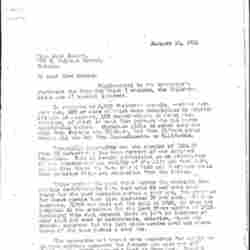 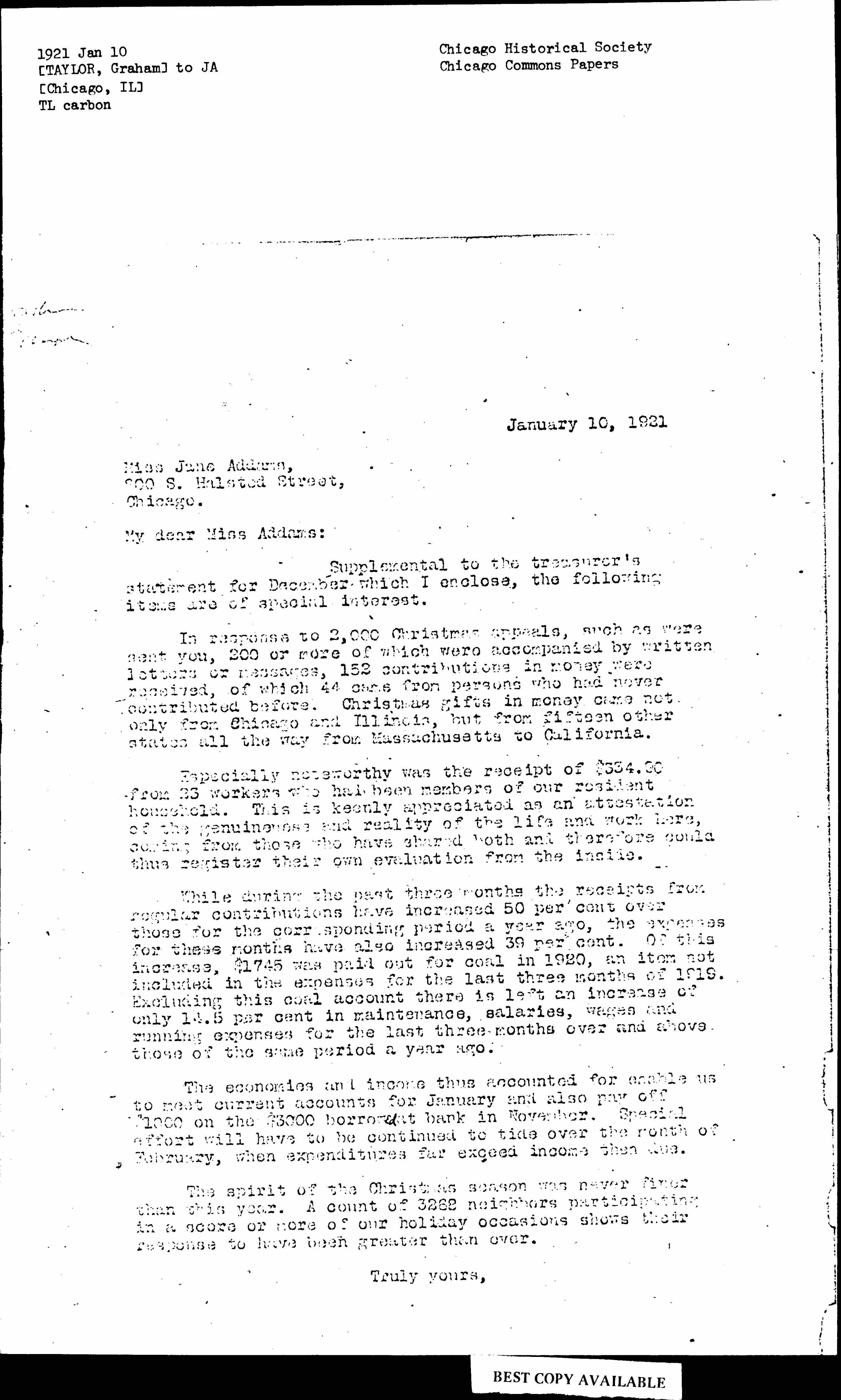 Supplemental to the treasurer's statement for December which I enclose, the following items are of special interest.

In response to 2,000 Christmas appeals, such as were sent you, 200 or more of which were accompanied by written letters or messages, 152 contributions in money were received, of which 44 came from persons who had never contributed before. Christmas gifts in money came not only from Chicago and Illinois, but from fifteen other states all the way from Massachusetts to California.

Especially noteworthy was the receipt of [$334.00] from 23 workers who had been members of our resident household. This is keenly appreciated as an attestation of the genuineness and reality of the life and work here, coming from those who have shared both and therefore could thus register their own evaluation from the inside.

The economies and income thus accounted for enable us to meet current accounts for January and also pay off $1000 on the $3000 borrowed at bank in November. Special effort will have to be continued to tide over the month of February, when expenditures far exceed income then due.

The spirit of the Christmas season was never finer than this year. A count of 3268 neighbors participating in a score or more of our holiday occasions shows their response to have been greater than ever.

Taylor reports to Addams about the donations to Hull-House received from a Christmas appeal.

The enclosed statement was not found.