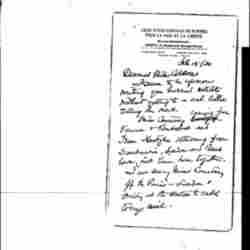 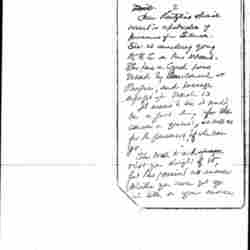 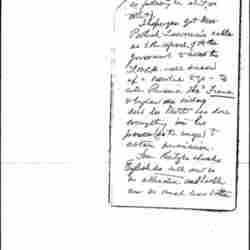 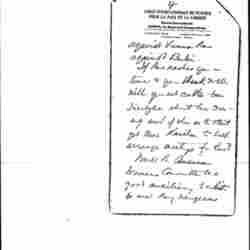 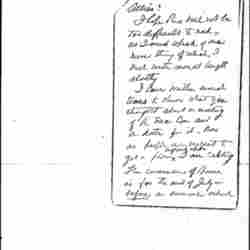 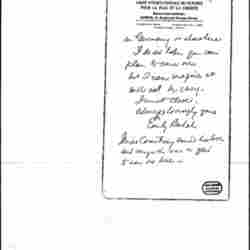 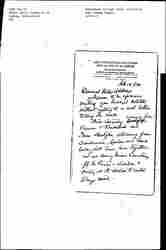 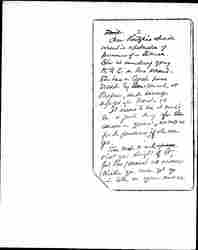 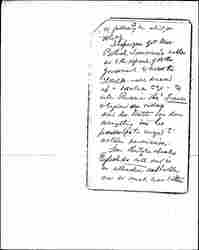 I seem to be forever writing you hurried notelets without getting to a real letter telling the news.

Miss Courtney [illegible] ↑coming from↓ Vienna & Budapest and Frau Hertzka returning from Scandinavia, London and Paris have just been here together.

I am seeing Miss Courtney off to Paris -- London & [illegible] at the station to catch todays mail -- [page 2] mail.

Frau Hertzka's special errand is repatriation of prisoners from Siberia. She is considering going to U.S. on this errand. She has a Czech pass vised by Am Consul at Prague, and passage engaged for March 13.

It seems to me it would be a good thing for the cause in general, as well as for the prisoners, if she can go.

She wrote to ask if you what you thought of it, but has received no answer (whether you never got [illegible] her letter or your answer [page 3] is following her about, or what).

I hope you got Mrs. Pethick Lawrence's cable as to the refusal of the government to allow the Y.M.C.A. -- all dressed up & nowhere to go -- to enter Russia [though] France & England are willing and Mr Mott has done everything in his power (so he says) to obtain permission.

Frau Hertzka speaks English so well and is so attractive and people are so much less bitter [page 4] against Vienna than against Berlin.

If this reaches you in time & you think well will you not cable Frau Hertzka about her coming and if she is to start get Mrs. Karsten to help arrange meetings for her?

Would the American Women's Committee be a good auxiliary to enlist or are they dangerous [page 5] Allies?

I hope this will not be too difficult to read, as I must speak of one more thing of which I will write more at length shortly.

I have written several times to know what you thought about a meeting of the Exec. Com and a date for it. Now as people are urgent to get a plan ↑agreed upon↓ I am cabling. The consensus of opinion is for the end of July -- before a summer school [page 6] in Germany or elsewhere.

I do so hope you can plan to come over but I can imagine it will not be easy.

Miss Courtney sends her love and says she was glad to see us here.