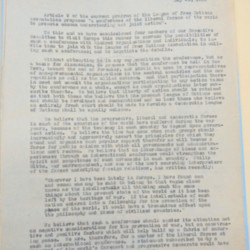 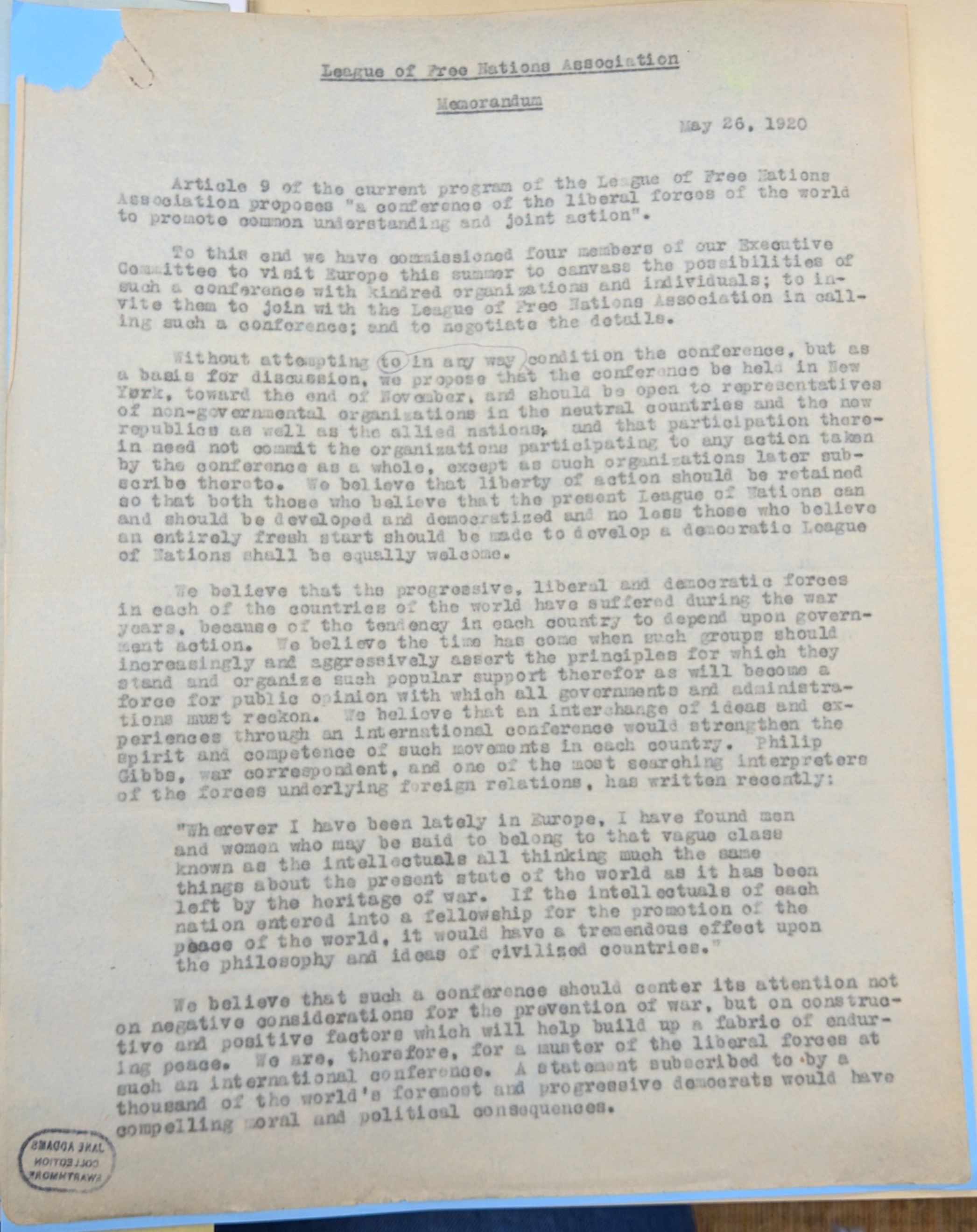 Article 9 of the current program of the League of Free Nations Association proposes "a conference of the liberal forces of the world to promote common understanding and joint action".

To this end we have commissioned four members of our Executive Committee to visit Europe this summer to canvass the possibilities of such a conference with kindred organizations and individuals; to invite them to join with the League of Free Nations Association in calling such a conference; and to negotiate the details.

Without attempting in any way to condition the conference, but as a basis for discussion, we propose that the conference be held in New York, toward the end of November, and should be open to representatives of non-governmental organizations in the neutral countries and the new republics as well as the allied nations, and that participation therein need not commit the organizations participating to any action taken by the conference as a whole, except as such organizations later subscribe thereto. We believe that liberty of action should be retained so that both those who believe that the present League of Nations can and should be developed and democratized and no less those who believe an entirely fresh start should be made to develop a democratic League of Nations shall be equally welcome.

We believe that the progressive, liberal and democratic forces in each of the countries of the world have suffered during the war years, because of the tendency in each country to depend upon government action. We believe the time has come when such groups should stand and organize such popular support [therefore] as will become a force for public opinion with which all governments and administrations must reckon. We believe that an interchange of ideas and experiences through an international conference would strengthen the spirit and competence of such movements in each country. Philip Gibbs, war correspondent, and one of the most searching interpreters of the forces underlying foreign relations, has written recently:

"Wherever I have been lately in Europe, I have found men and women who may be said to belong to that vague class known as the intellectuals all thinking much the same things about the present state of the world as it has been left by the heritage of war. If the intellectuals of each nation entered into a fellowship for the promotion of the peace of the world, it would have a tremendous effect upon the philosophy and ideas of civilized countries."

We believe that such a conference should center its attention not on negative considerations for the prevention of war, but on constructive and positive factors which will help build up a fabric of enduring peace. We are, therefore, for a muster of the liberal forces at such an international conference. A statement subscribed to by a thousand of the world's foremost and progressive democrats would have compelling moral and political consequences. 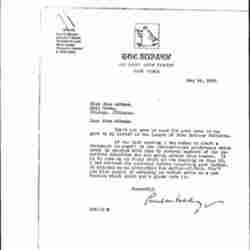 Kellogg suggests a conference of liberals and intellectuals to construct a framework for enduring peace.