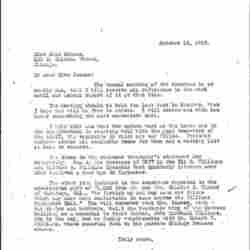 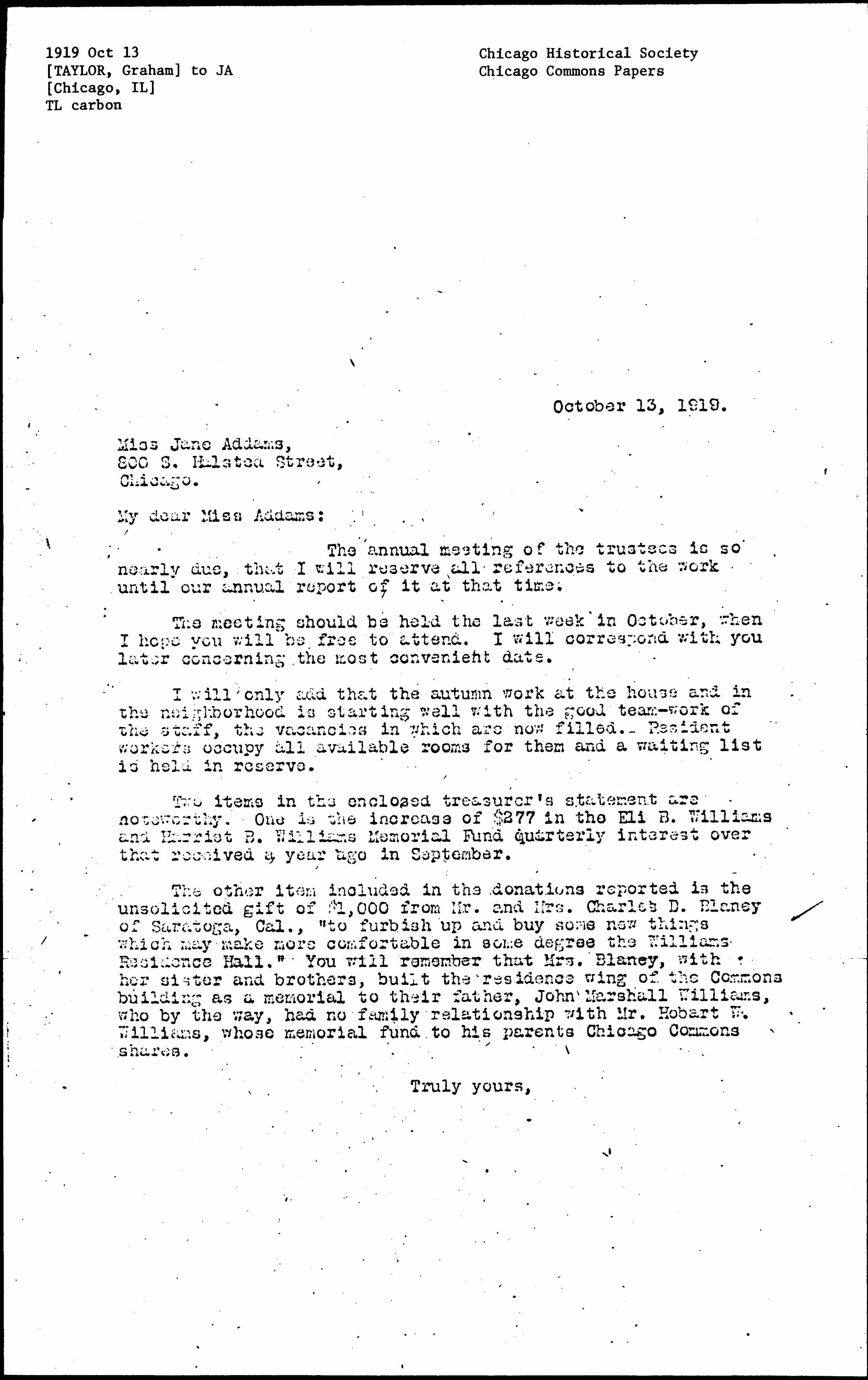 The annual meeting of the trustees is so nearly due, that I will reserve all references to the work until our annual report of it at that time.

The meeting should be held the last week in October, when I hope you will be free to attend. I will correspond with you later concerning the most convenient date.

I will only add that the autumn work at the house and in the neighborhood is starting well with the good team-work of the staff, the vacancies in which are now filled. Resident workers occupy all available rooms for them and a waiting list is held in reserve.

The items in the enclosed treasurer's statement are noteworthy. One is the increase of $277 in the Eli B. Williams and Harriet B. Williams Memorial Fund quarterly interest over that received a year ago in September.

The other item included in the donations reported is the unsolicited gift of $1,000 from Mr. and Mrs. Charles D. Blaney of Saratoga, Cal., "to furbish up and buy some new things which may make more comfortable in some degree the Williams Residence Hall." You will remember that Mrs. Blaney, with her sister and brothers, built the residence wing of the Commons building as a memorial to their father, John Marshall Williams, who by the way, had no family relationship with Mr. Hobart W. Williams, whose memorial fund to his parents Chicago Commons shares. 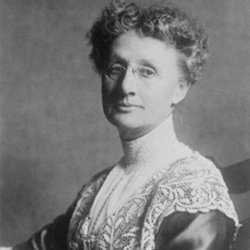 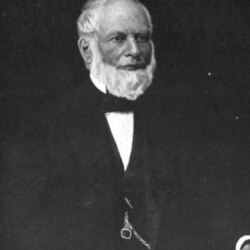 Taylor gives Addams a short update on the work of the Chicago Commons.

Enclosure not found.
Isabella Williams Blaney had six sisters and five brothers. The ones that funded the Chicago Commons with her have not been identified.