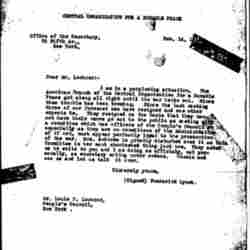 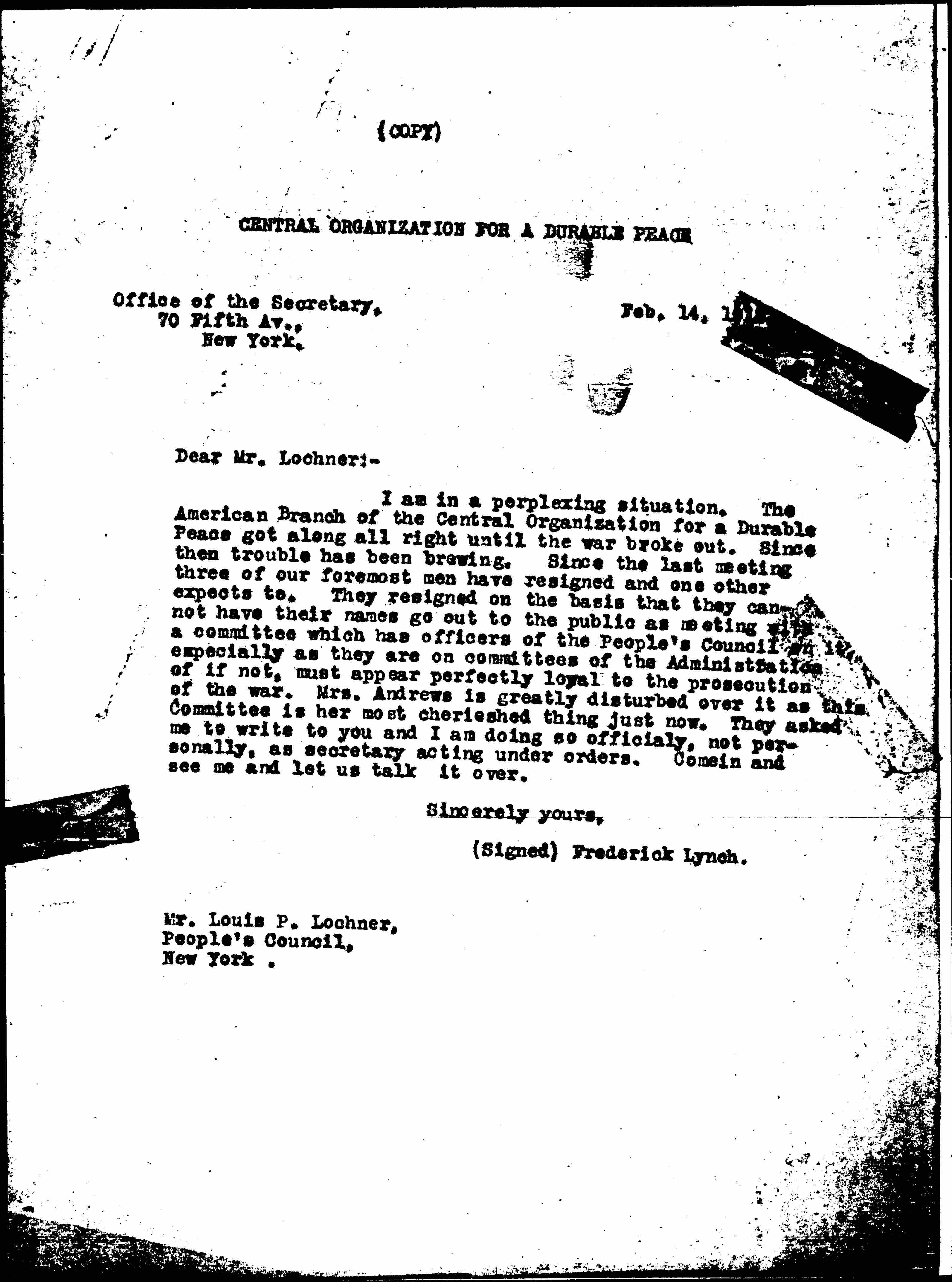 CENTRAL ORGANIZATION FOR A DURABLE PEACE

I am in a perplexing situation. The American Branch of the Central Organization for a Durable Peace got along all right until the war broke out. Since then trouble has been brewing. Since the last meeting three of our foremost men have resigned and one other expects to. They resigned on the basis that they cannot have their names go out to the public as meeting with a committee which has officers of the People's Council on it, especially as they are on committees of the Administration [or] if not, must appear perfectly loyal to the prosecution of the war. Mrs. Andrews is greatly disturbed over it as this Committee is her most cherished thing just now. They asked me to write to you and I am doing so officially, not personally, as secretary acting under orders. Come in and see me and let us talk it over.

Lynch asks Lochner to resign from the American section of the Central Organization for a Durable Peace on the grounds that others are resigning because Lochner is a member.