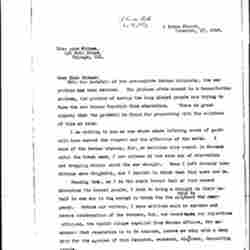 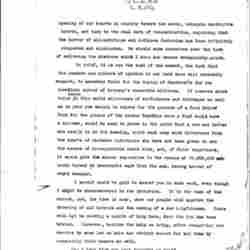 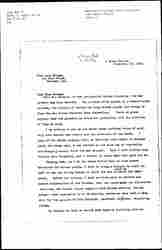 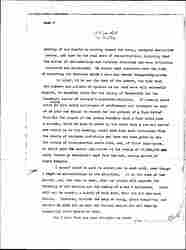 With the downfall of the presumptive German oligarchy, the war problem has been decided. The problem of the moment is a humanitarian problem, the problem of saving the long misled people now trying to form the new German Republic from starvation. There is great urgency that the goodwill be found for proceeding with the solution of this at once.

I am writing to you as one whose lifelong works of goodwill have earned the respect and the affection of the world. I know of the German urgency, for, as American vice consul in Germany until the break came, I was witness of the slow way of starvation and dragging misery which the war wrought. When I left Germany conditions were frightful, and I shudder to think what they must now be.

Knowing then, as I do the stark Terror that at this moment threatens the German people, I wish to bring a thought in their behalf to one who is big enough to break the ice and ↑help to↓ meet the emergency. Before our victory, I have written much in earnest and severe condemnation of the Germans, but, our cause [illegible] our objectives obtained, the bandit clique expelled from German affairs, the assurance that reparation is to be exacted, leaves me only with a deep pity for the agonies of this famished, weakened, bloodless, despairing people.

My thought is that we should make again a beginning with an [page 2] opening of our hearts in charity toward the enemy, relegate destructive hatred, and turn to the real work of reconstruction, rejoicing that the horror of all-ambitious and ruthless Junkerism has been definitely conquered and eliminated. We should make ourselves over the task of relieving the distress which I know has become disparately [acute].

In brief, it is now the task of the moment, the task that the leaders and molders of opinion in our land soon will earnestly support, to assemble funds for the buying of foodstuffs for the immediate succor of Germany's miserable millions. If someone whose voice ↑known↓ in this world wilderness of selfishness and distemper as well as is your own should be raised for the purpose of a Food Relief Fund for the people of the German Republic such a fund would have a success, would do much to prove to the world that a new and better era really is in the dawning, would wash away much bitterness from the hearts of mistaken individuals who have not been given to see the menace of irresponsible caste rule, and, of first importance, it would give the succor imperative to the rescue of 70,000,000 newly turned to democratic ways from the mad, raving horror of stark despair.

I myself would be glad to assist you in such work, even though I might be misunderstood in its inception. It is the task of the moment, and, the time is near, when our people will approve the drowning of old hatreds and the coming of a new helpfulness. There will not be wanting a spirit of help here, once the ice has been broken. Moreover, besides the help we bring, after conquering our enemies by arms let us make our victory secure for all time by conquering their hearts as well.

May I hear from you your thoughts on this? 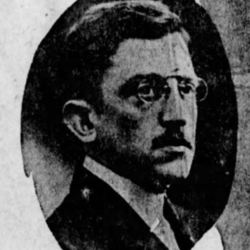 Roth seeks Addams's support for starting food relief for Germany at once.