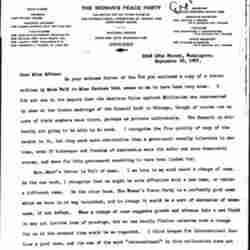 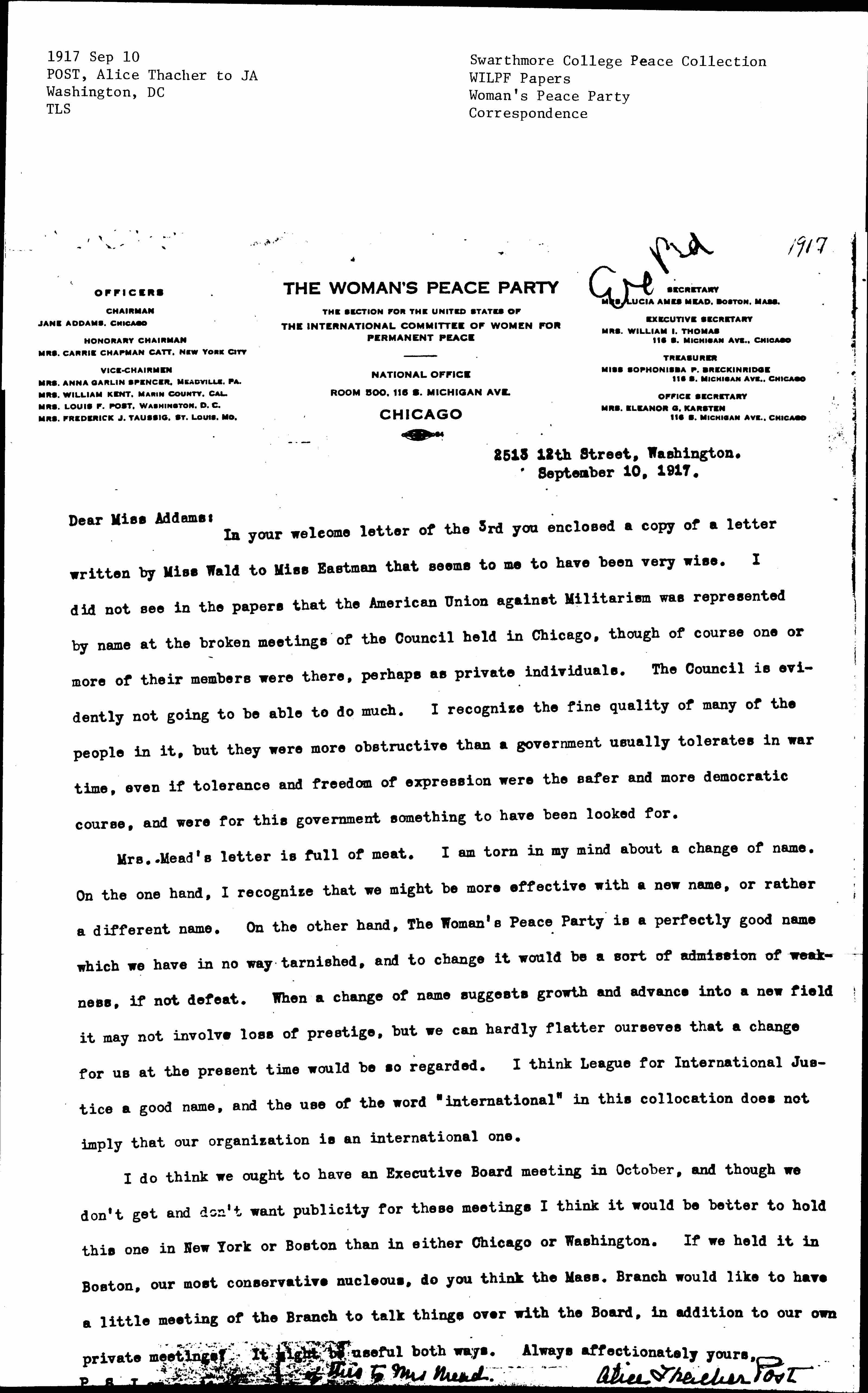 In your welcome letter of the 3rd you enclosed a copy of a letter written by Miss Wald to Miss Eastman that seems to me to have been very wise. I did not see in the papers that the American Union against Militarism was represented by name at the broken meetings of the Council held in Chicago, though of course one or more of their members were there, perhaps as private individuals. The Council is evidently not going to be able to do much. I recognize the fine quality of many of the people in it, but they were more obstructive than a government usually tolerates in war time, even if tolerance and freedom of expression were the safer and more democratic course, and were for this government something to have been looked for.

Mrs. Mead's letter is full of meat. I am torn in my mind about a change of name. On the one hand, I recognize that we might be more effective with a new name, or rather a different name. On the other hand, The Woman's Peace Party is a perfectly good name which we have in no way tarnished, and to change it would be a sort of admission of weakness, if not defeat. When a change of name suggests growth and advance into a new field it may not involve loss of prestige, but we can hardly flatter ourselves that a change for us at the present time would be so regarded. I think League for International Justice a good name, and the use of the word "international" in this collocation does not imply that our organization is an international one.

I do think we ought to have an Executive Board meeting in October, and though we don't get and don't want publicity for these meetings I think it would be better to hold this one in New York or Boston than in either Chicago or Washington. If we held it in Boston, our most conservative [nucleus], do you think the Mass. Branch would like to have a little meeting of the Branch to talk things over with the Board, in addition to our own private meetings? It might be useful both ways. 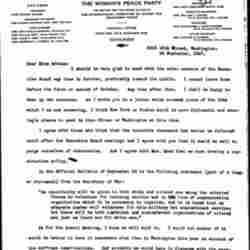 Post opines on the People's Council, changing the name of the Woman's Peace Party, and an upcoming W.P.P. Executive Board meeting.