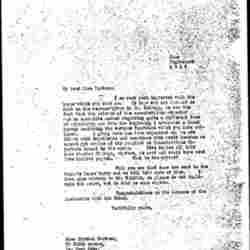 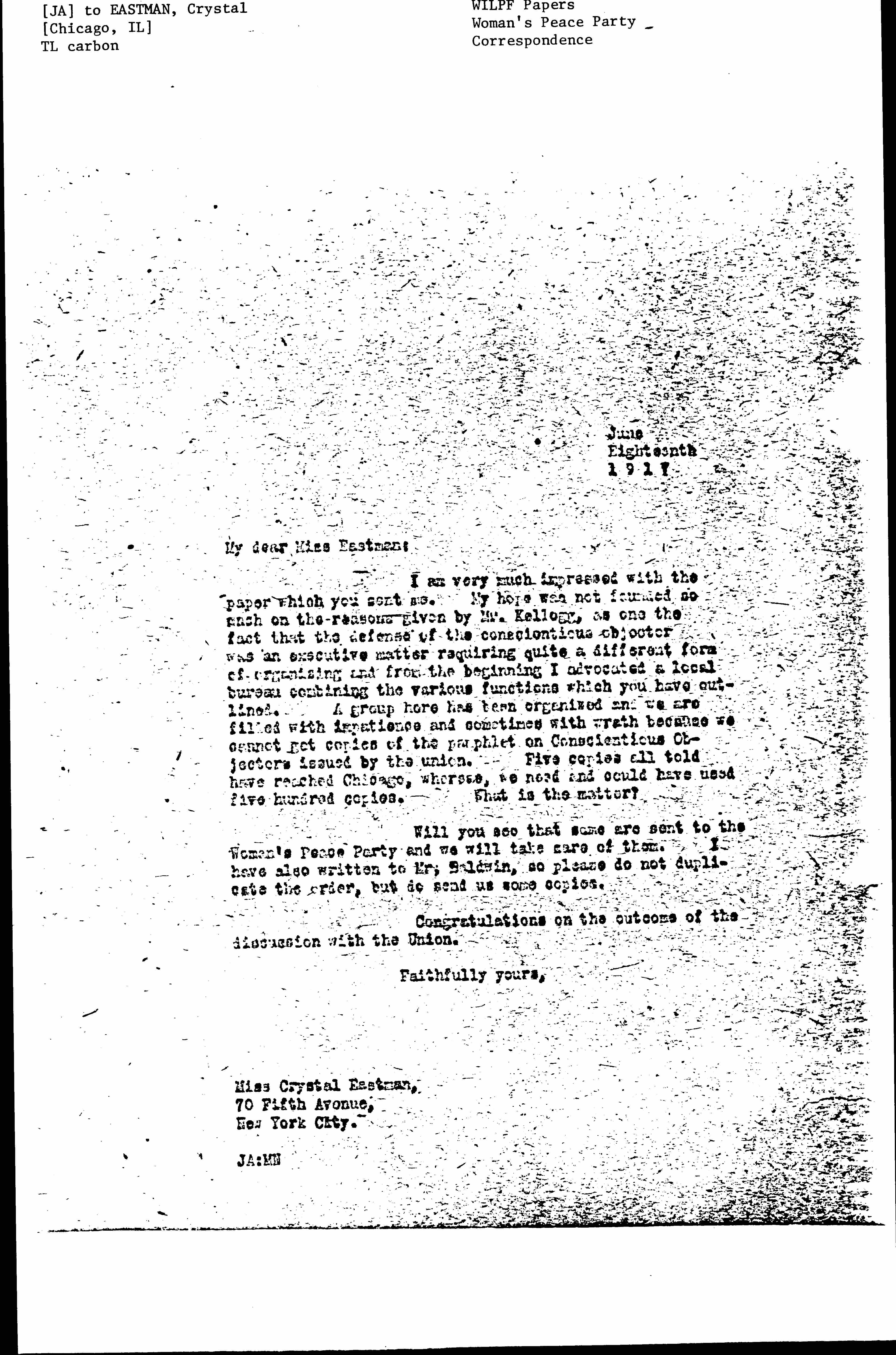 I am very much impressed with the paper which you sent me. My hope was not founded so much on the reasons given by Mr. Kellogg, as [on] the fact that the defense of the conscientious objector was an executive matter requiring quite a different form of organizing and from the beginning I advocated a local bureau combining the various functions which you have outlined. A group here has been organized and we are filled with impatience and sometimes with wrath because we cannot get copies of the pamphlet on Conscientious Objectors issued by the union. Five copies all told have reached Chicago, whereas, we need and could have used five hundred copies. What is the matter?

Will you see that some are sent to the Woman's Peace Party and we will take care of them. I have also written to Mr. Baldwin, so please do not duplicate the order, but do send us some copies.

Congratulations on the outcome of the discussion with the Union.

Addams discusses Eastman's paper on the defense of conscientious objectors and hopes more groups like hers will form.