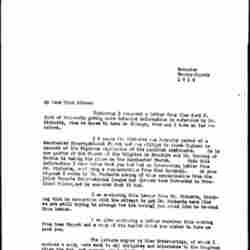 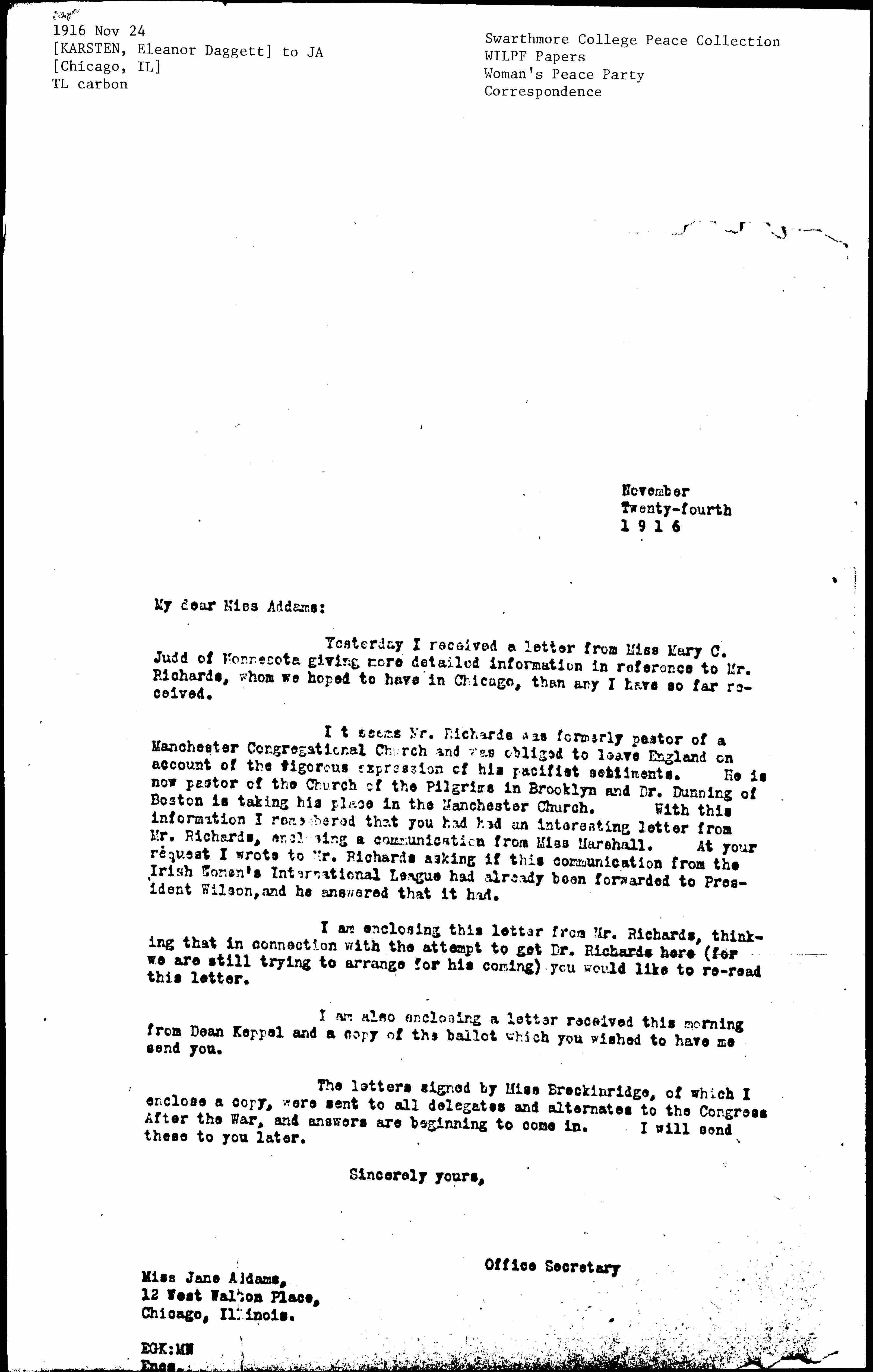 Yesterday I received a letter from Miss Mary C. Judd of [Minnesota] giving more detailed information in reference to Mr. Richards, whom we hoped to have in Chicago, than any I have so far received.

It seems Mr. Richards was formerly pastor of a Manchester Congregational Church and was obliged to leave England on account of the vigorous expression of his pacifist sentiments. He is now pastor of the Church of the Pilgrims in Brooklyn and Dr. Dunning of Boston is taking his place in the Manchester Church. With this information I remembered that you had had an interesting letter from Mr. Richards, enclosing a communication from Miss Marshall. At your request I wrote to Mr. Richards asking if this communication from the Irish Women's International League had already been forwarded to President Wilson, and he answered that it had.

I am enclosing this letter from Mr. Richards, thinking that in connection with the attempt to get Dr. Richards here (for we are still trying to arrange for his coming) you would like to re-read this letter.

I am also enclosing a letter received this morning from Dean Keppel and a copy of the ballot which you wished to have me send you.

The letters signed by Miss Breckinridge, of which I enclose a copy, were sent to all delegates and alternates to the Congress After the War, and answers are beginning to come in. I will send these to you later.

Church of the Pilgrims 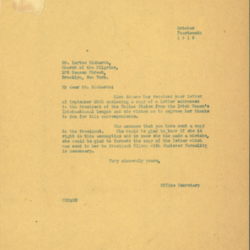 Karsten writes to Addams to explain the various pieces of correspondence being sent her way regarding the Woman's Peace Party.