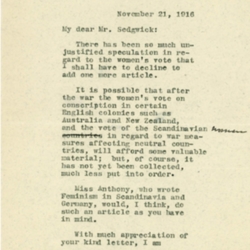 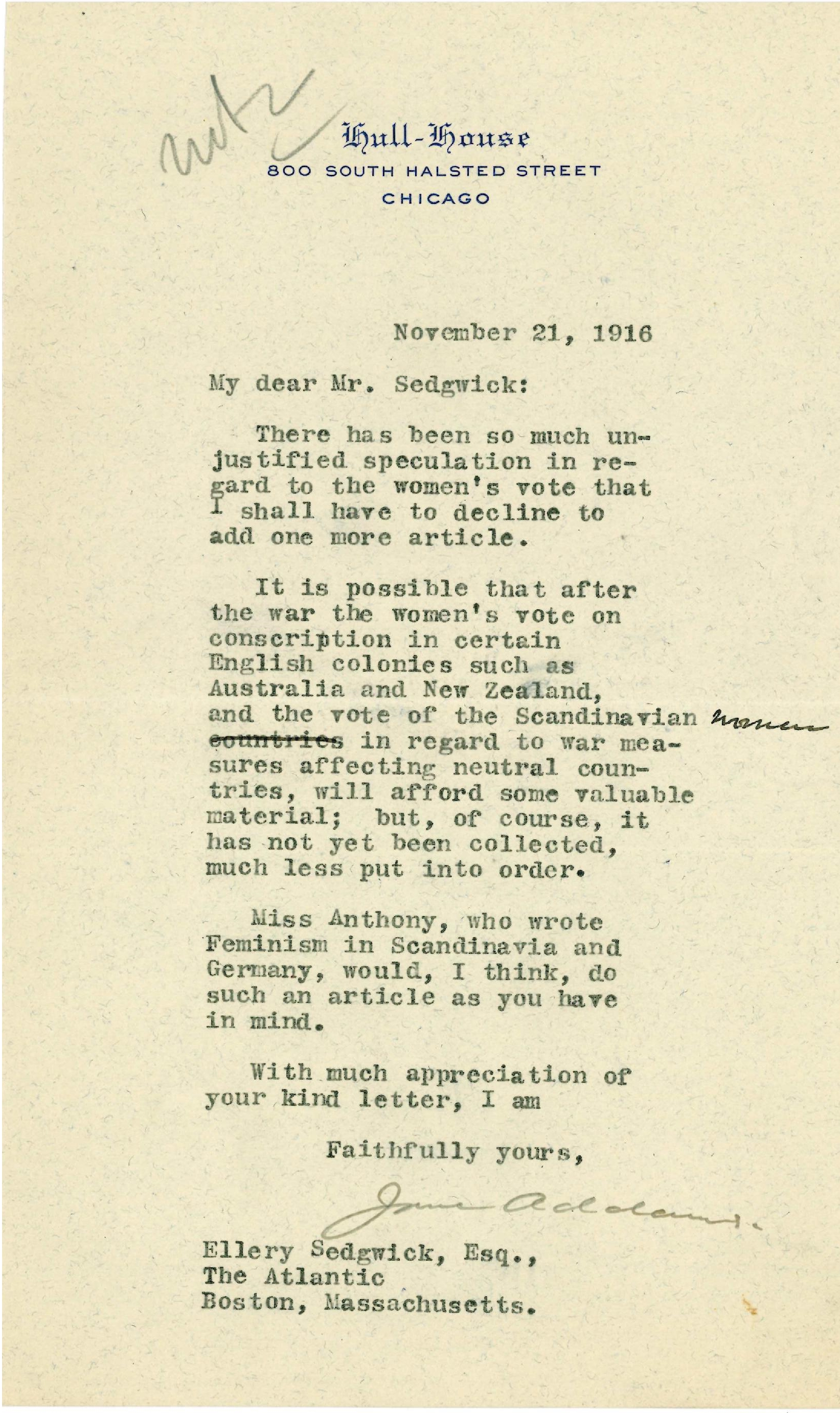 There has been so much unjustified speculation in regard to the women's vote that I shall have to decline to add one more article.

It is possible that after the war the women's vote on conscription in certain English colonies such as Australia and New Zealand, and the vote of the Scandinavian <women> countries in regard to war measures affecting neutral countries, will afford some valuable material; but, of course, it has not yet been collected, much less put into order.

Miss Anthony, who wrote Feminism in Scandinavia and Germany, would, I think, do such an article as you have in mind.

With much appreciation of your kind letter, I am

Addams writes to Sedgwick explaining her reluctance to write an article on women's vote at the moment.

A poor quality image on the microfilm has been replaced with a new scan from the Massachusetts Historical Society.