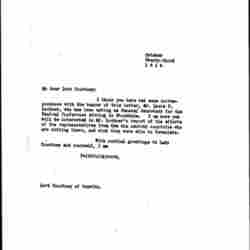 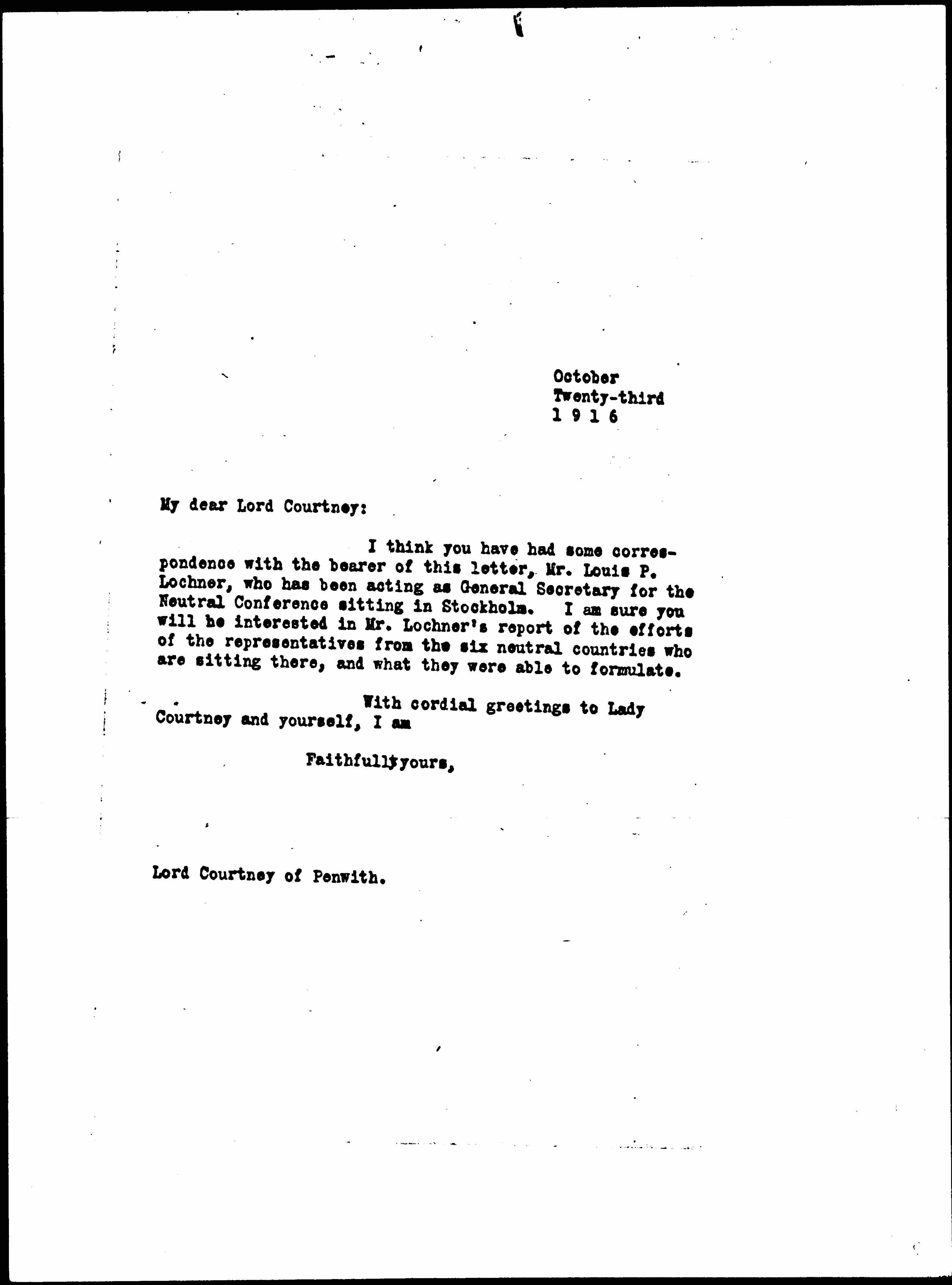 I think you have had some correspondence with the bearer of this letter, Mr. Louis P. Lochner, who has been acting as General Secretary for the Neutral Conference sitting in Stockholm. I am sure you will be interested in Mr. Lochner's report of the efforts of the representatives from the six neutral countries who are sitting there, and what they were able to formulate.

With cordial greetings to Lady Courtney and yourself, I am

Addams asks Courtney to meet with Louis Lochner regarding the efforts of Neutral Conference.