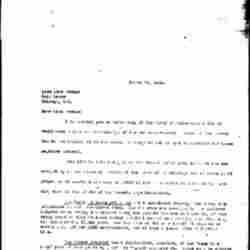 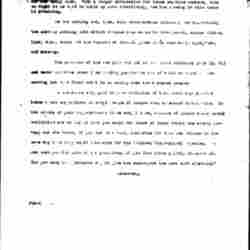 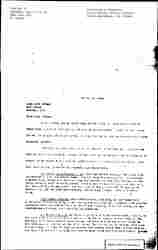 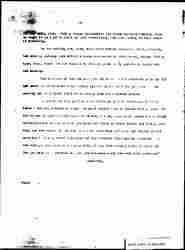 I am sending you an extra copy of the April magazine number (as we would have called it erstwhile), -- of the new once-a-month edition of The Survey (as we are calling it in our spring campaign to get special circulation for these magazine issues).

[This] plan to turn them, if we can from a burden into an asset was one brought up at the February meeting of the Board of Directors, -- one of three staff proposals to overcome the loss of $6000 in our educational fund due to the cutting down of the grants of the Russell Sage Foundation.

The first of these proposals was a mid-winter campaign for small contributions to our educational fund. The response was unexampled. We mustered 120. new [cooperating] subscribers among our general readers in February, practically insuring that we shall enroll a full thousand [cooperating] subscribers by the close of the fiscal year. For the rest of the year our effort will be to enroll $25, $50 and $100 contributors, and of this I shall write at further time.

The second proposal was a duplication, modified, of our "Leap Year Leap" plan of four years ago, for new regular subscribers. While we have entered something over one hundred as a result of our February [29] circularizing, it was nonetheless a fizzle, and failed to pay expenses.

The third proposal is the exploitation of this once-a-month edition, in the belief that there are three people ready for a monthly in our field to one who will read consecutive weekly issues; and that in this way we can build up and draw upon a widening circle of readers. The danger is, of course, that some of our weekly subscribers will slump into the monthly class, but we feel that in the long run these new monthly subscribers will prove the very best fishing ground [page 2] for our weekly list. With a larger circulation for these magazine numbers, also we ought to be able to build up more advertising, and the showing in this issue is promising.

We are setting out, then, with considerable optimism; and emphasizing the plan by putting into effect various changes as to arrangement, column widths, type, etc., which are the results of counsel given us by experts in typography and make-up.

The elements of the new plan are put on the first editorial page (p. 31) and under separate cover I am sending you ten copies of a folder which we are sending out as a first trial to something over ten thousand people.

We should be very glad to have criticism of this first experimental issue -- and suggestions of large groups of people whom we should circularize. In the circle of your acquaintances there are, I know, numbers of people whose social activities are so slight that you would not think of their taking the weekly Survey; but who would, if you put in a word, subscribe for this new edition in the same way that they would subscribe for the National Geographical Magazine. We can send you ten more of the pamphlets, if you find these quickly disposed of. Can you help in a personal way to give the experiment the best sort of a trial?

Kellogg discusses efforts to prop up the Survey by creating a monthly magazine.