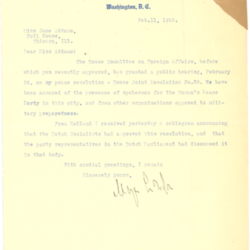 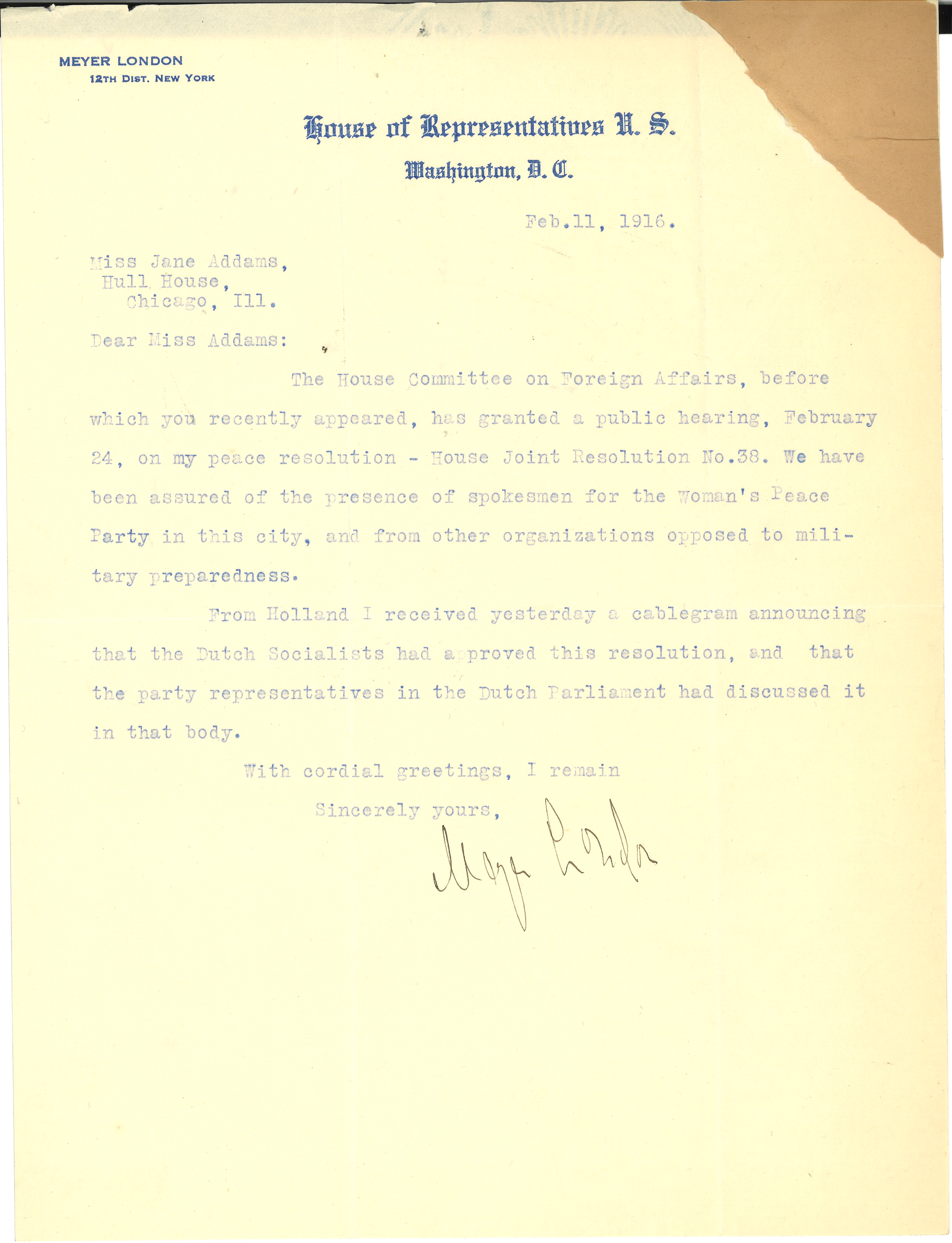 The House Committee on Foreign Affairs, before which you recently appeared, has granted a public hearing, February 24, on my peace resolution -- House Joint Resolution No. 38. We have been assured of the presence of spokesmen for the Woman's Peace Party in this city, and from other organizations opposed to military preparedness.

From Holland I received yesterday a cablegram announcing that the Dutch Socialists had approved their resolution, and that the party representatives in the Dutch Parliament had discussed it in that body.

With cordial greetings, I remain
Sincerely yours, 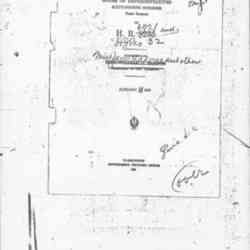 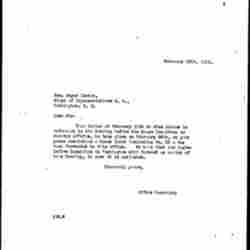 London informs Addams that his peace resolution is moving through the House of Representatives.