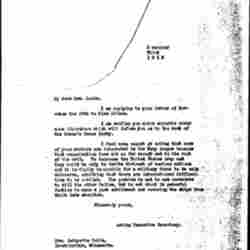 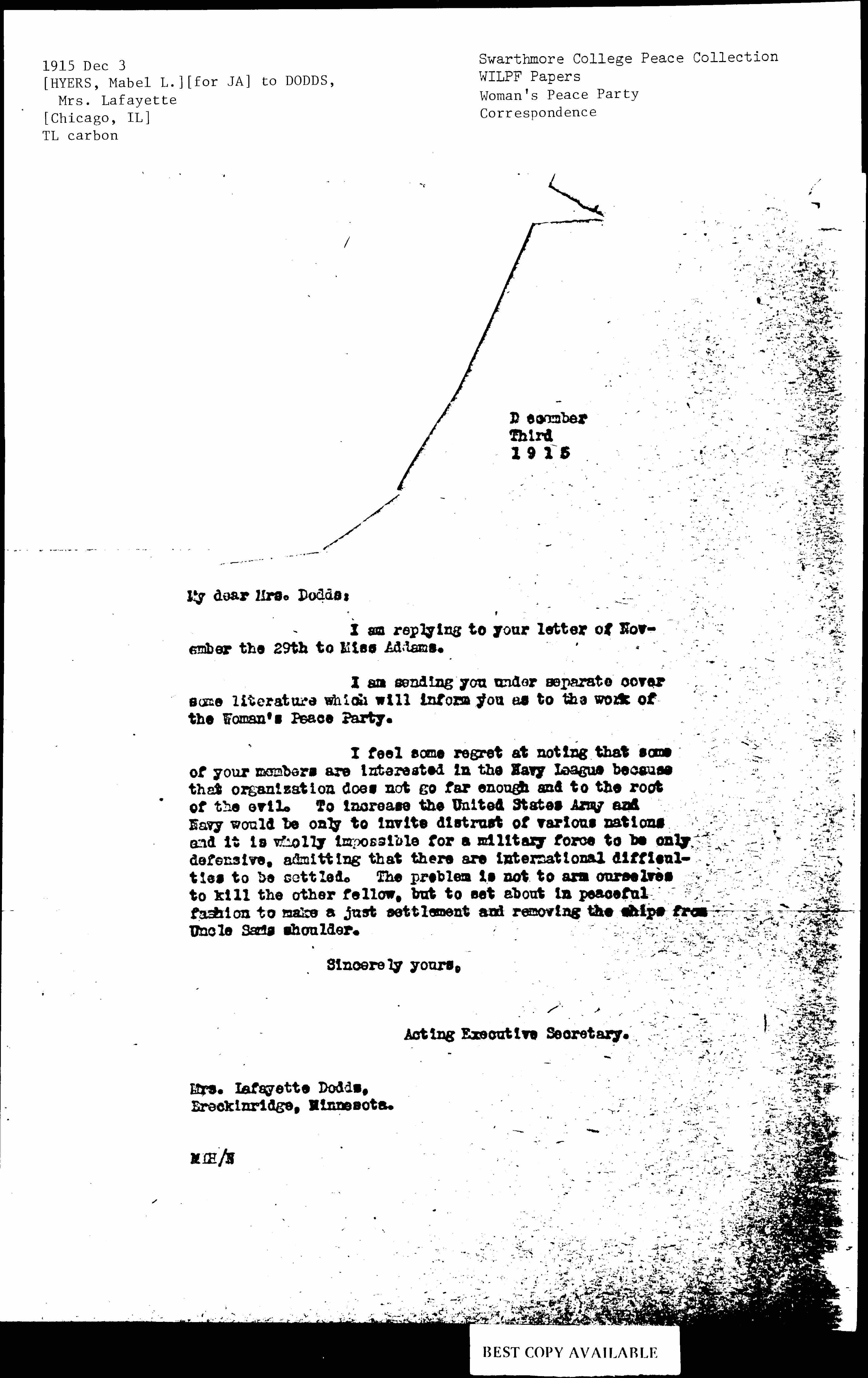 I am replying to your letter of November the 29th to Miss Addams.

I am sending you under separate cover some literature which will inform you as to the work of the Woman's Peace Party.

I feel some regret at noting that some of your members are interested in the Navy League because that organization does not go far enough and to the root of the evil. To increase the United States Army and Navy would be only to invite distrust of various nations and it is wholly impossible for a military force to be only defensive, admitting that there are international difficulties to be settled. The problem is not to arm ourselves to kill the other fellow, but to set about in peaceful fashion to make a just settlement and removing the ships from Uncle Sam's shoulder.

Navy League of the United States