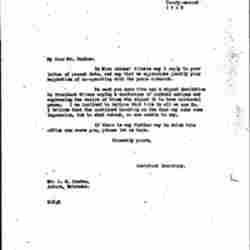 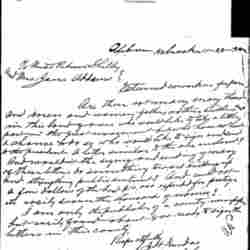 John Henry Dundas was a prominent figure in the community of Auburn, NE. Early in his life, he became a schoolteacher. Later on, he became active in the local Republican party, serving one term in the senate in 1878. After his political career, Dundas became a publisher, putting out The Granger for thirty-five years.

Dundas married Wealthy Jane Bishop Dundas in 1871.  They had four children together. Dundas died in 1920.