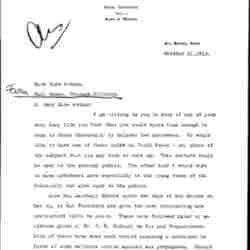 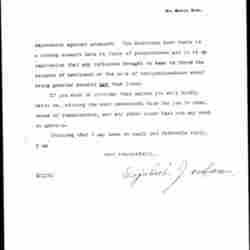 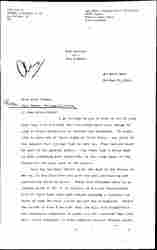 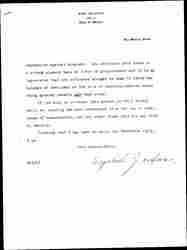 I am writing to you to know if out of your very busy life you feel that you could spare time enough to come to Drake University to deliver two addresses. We would like to have one of these talks on World Peace -- any phase of the subject that you may wish to take up. This lecture would be open to the general public. The other talk I would wish to have addressed more especially to the young women of the University but also open to the public.

Miss Eva Marshall [Shontz] spent two days in Des Moines on her way to San Francisco and gave two most interesting and instructive talks on peace. These were followed later by an address given by Dr. C. S. Medbury on War and Preparedness. Both of these have done much toward creating a sentiment in favor of some definite action against war propaganda. Should you decide to come I am sure that you will find sympathetic and responsive audiences to greet you and I believe that your visit would culminate in some tangible results towards public [page 2] expression against armament. You doubtless know there is a strong element here in favor of preparedness and it is my impression that any influence brought to bear to throw the balance of sentiment on the side of non-preparedness would bring greater results now than later.

If you wish to consider this matter you will kindly write me, stating the most convenient time for you to come, terms of remuneration, and any other items that you may wish to mention.

Trusting that I may have an early and favorable reply, I am 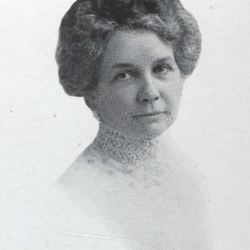 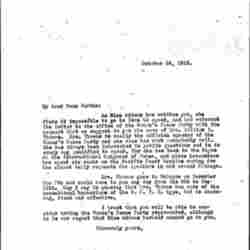 Jordan invites Addams to Drake University to lecture about world peace and a topic of her choice.