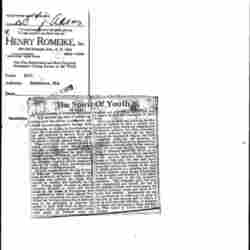 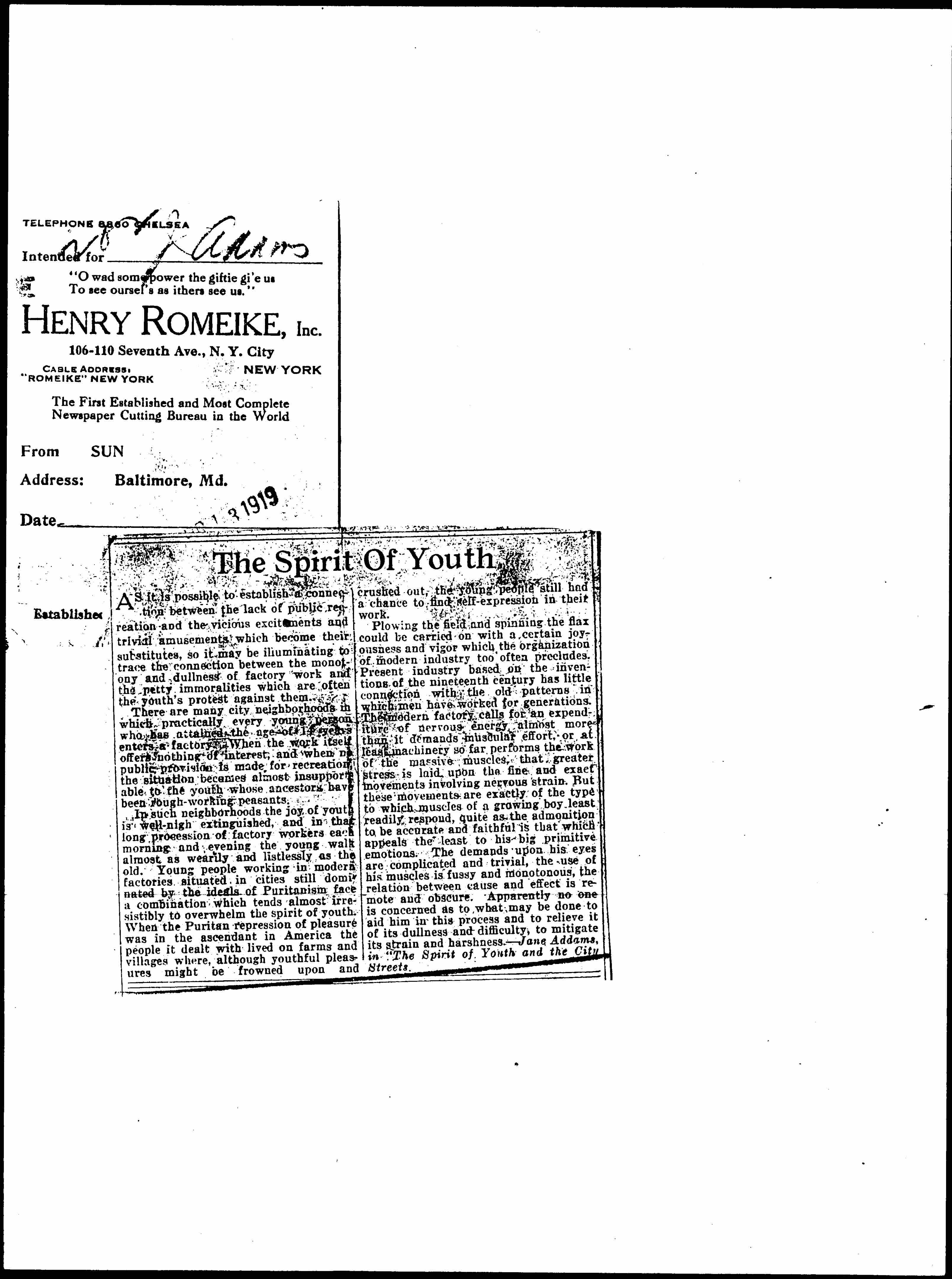 The Spirit Of Youth

AS it is possible to establish a connection between the lack of public recreation and the vicious excitements and trivial amusements which become their substitutes, so it may be illuminating to trace the connection between the monotony and dullness of factory work and the petty immoralities which are often the youth’s protest against them.

There are many city neighborhoods in which practically every young person who has attained the age of 14 years enters a factory. When the work itself offers nothing of interest, and when no public provision is made for recreation, the situation becomes almost insupportable to the youth whose ancestors have been rough-working peasants.

In such neighborhoods the joy of youth is well-nigh extinguished, and in that long procession of factory workers each morning and evening the young walk almost as wearily and listlessly as the old. Young people working in modern factories situated in cities still dominated by the ideals of Puritanism face a combination which tends almost irresistibly to overwhelm the spirit of youth. When the Puritan repression of pleasure was in the ascendant in America the people it dealt with lived on farms and villages where, although youthful pleasures might be frowned upon and crushed out, the young people still had a chance to find self-expression in their work.

Plowing the field and spinning the flax could be carried on with a certain joyousness and vigor which the organization of modern industry too often precludes. Present industry based on the inventions of the nineteenth century has little connection with the old patterns in which men have worked for generations. The modern factory calls for an expenditure of nervous energy almost more than it demands muscular effort, or at least machinery so far performs the work of the massive muscles, that greater stress is laid upon the fine and exact movements involving nervous strain. But these movements are exactly of the type to which muscles of a growing boy least readily respond, quite as the admonition to be accurate and faithful is that which appeals the least to his big primitive emotions. The demands upon his eyes are complicated and trivial, the use of his muscles is fussy and monotonous, the relation between cause and effect is remote and obscure. Apparently no one is concerned as to what may be done to aid him in this process and to relieve it of its dullness and difficulty, to mitigate its strain and harshness. -- Jane Addams, in “The Spirit of Youth and the City Streets.” 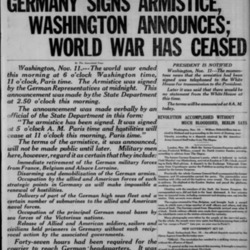 An excerpt from Addams' book The Spirit of Youth and the City Streets. Addams explains how the mundane life of factory work on a young worker pushes them towards vices.