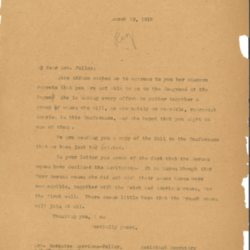 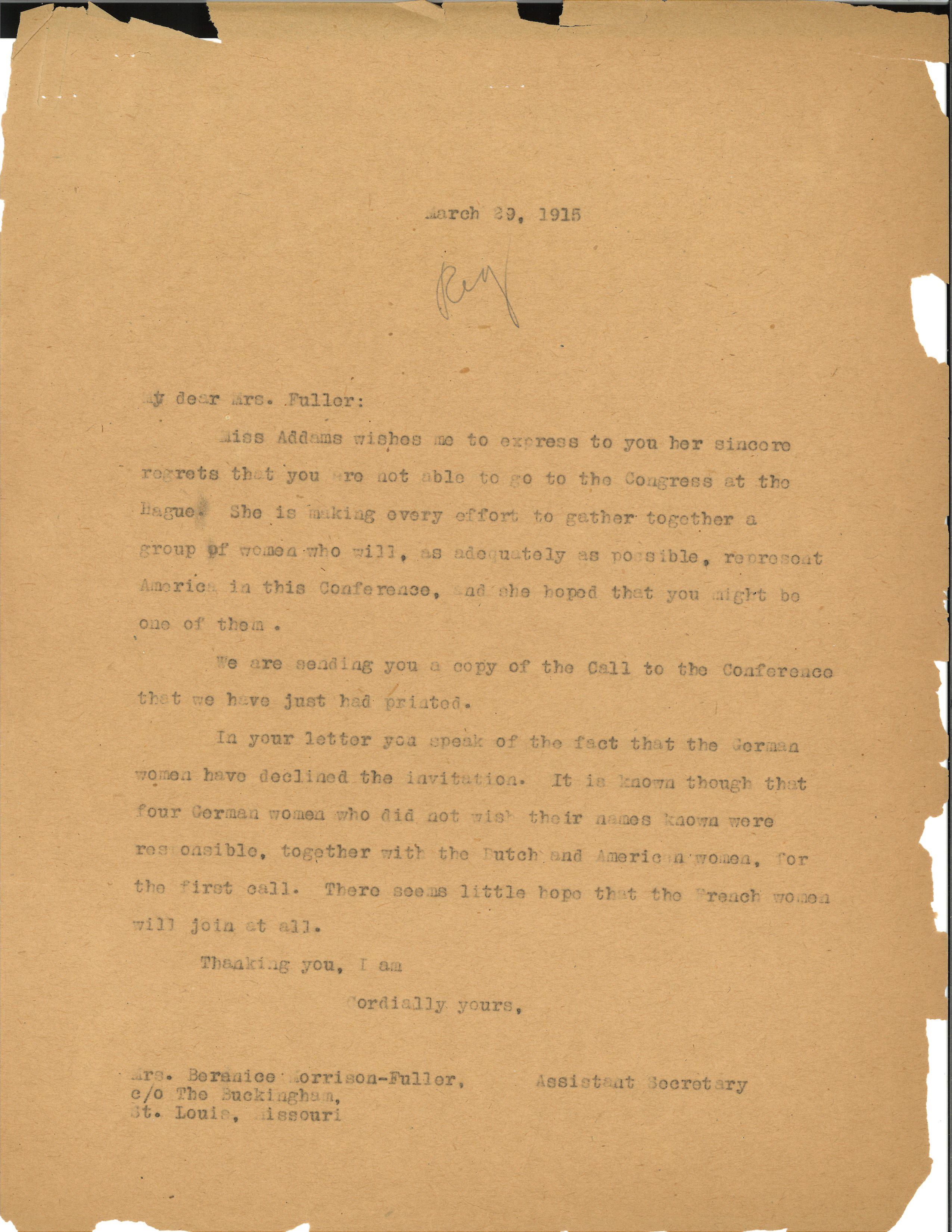 Miss Addams wishes me to express to you her sincere regrets that you are not able to go to the Congress at The Hague. She is making every effort to gather together a group of women who will, as adequately as possible, represent America in this Conference, and she hoped that you might be one of them.

We are sending you a copy of the Call to the Conference that we have just had printed.

In your letter you speak of the fact that the German women have declined the invitation. It is known though that four German women who did not wish their names known were responsible, together with the Dutch and American women, for the first call. There seems little hope that the French women will join at all.

Thanking you, I am

Addams's secretary says that Addams regrets that Fuller cannot attend the International Congress of Women at the Hague, and that she is concerned the German and French women might not attend.