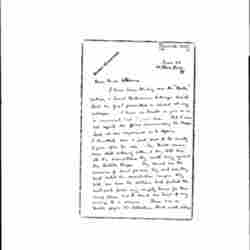 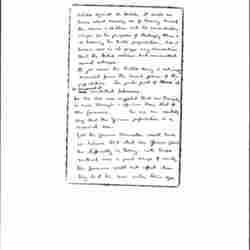 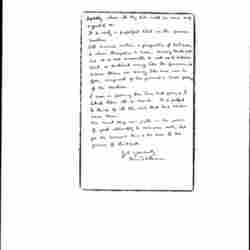 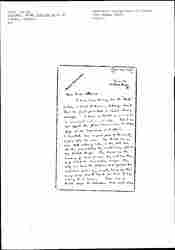 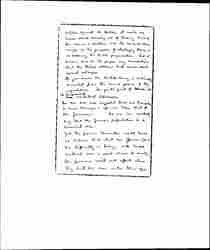 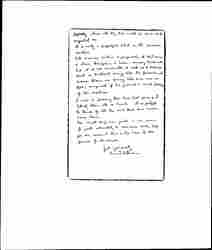 I have been thinking over the "Boche" babies, & Count Bethmann Hollwegs denial that the Govt permitted or winked at any outrages. I have no doubt as far as he is concerned that is quite true. But I cannot acquit the officers commanding the troops. Look at our experience in S. Africa.

I [traveled] over a great part of the country 3 years after the war. The Dutch women were still extremely bitter, & they told me all the accusations they would bring against the British troops. They [showed] me the remains of burnt farms, they said how they had hated the concentration camps, they told me how the soldiers had pulled the woodwork from any empty houses for their camp fires, but I heard no hint of any outrage to a woman. There was a Dutch paper the Volkstem, that wrote violent [page 2] articles against the British. It made no bones about accusing us of having moved the women & children into the concentration camps for the purpose of destroying them, & so lessening the Dutch population, but I never saw in its pages any accusations that the British soldiers had committed sexual outrages.

As you know the British Army is ordinarily recruited from the lowest plane of the population. The greater part of them it are <is composed of> unskilled [laborers].

No one has ever suggested that our discipline is more thorough & effective than that of the Germans. No one can candidly say that the German population is a criminal one.

Yet the German Chancellor would have us believe that what our officers found no difficulty in doing, with troops scattered over a great range of country, the Germans could not effect when they had the men under their eyes, [page 3] fighting when all they did would be seen and reported on.

It is really a frightful libel on the German nation.

All armies contain a proportion of bad men, & when discipline is loose, savagery breaks out, but it is not reasonable to ask us to believe that a national army like the German, is worse than an army like ours was in 1900, composed of the poorest & most ignorant of the nation.

I was in Germany this time last year, & I liked them all so much. It is pitiful to think of all the evil that has arisen since then.

One must keep ones faith in the power of good ultimately to overcome evil, but for the moment this is the hour of the power of darkness. 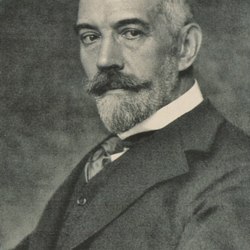 Selborne discusses the charges of rape made against the German army

World War I, impact of
war, descriptions of
war, impact on women