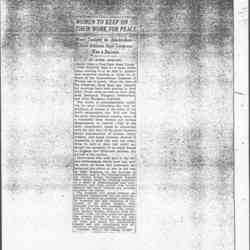 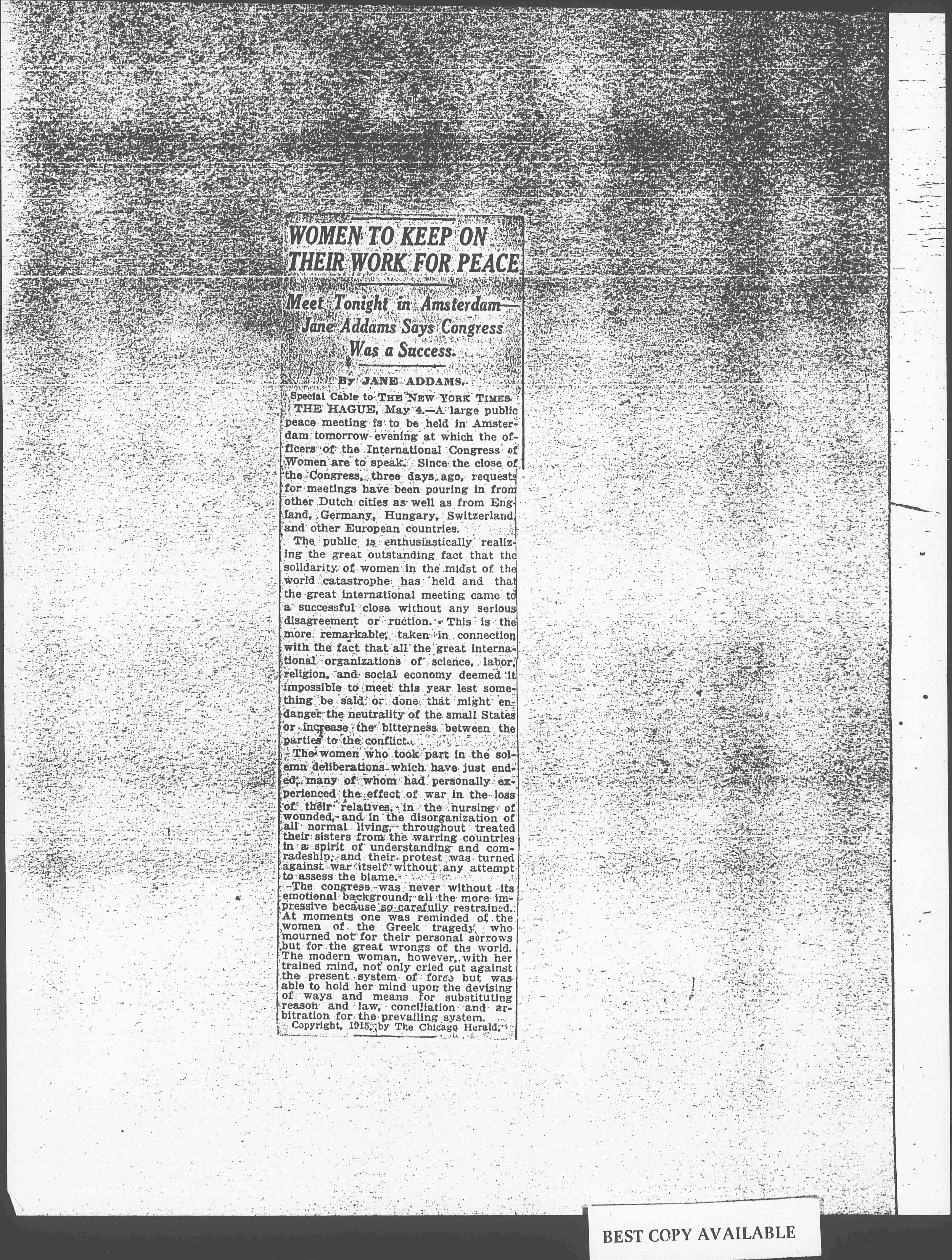 WOMEN TO KEEP ON THEIR WORK FOR PEACE

THE HAGUE, May 4. -- A large public peace meeting is to be held in Amsterdam tomorrow evening at which the officers of the International Congress of Women are to speak. Since the close of the Congress, three days ago, requests for meetings have been pouring in from other Dutch cites as well as from England, Germany, Hungary, Switzerland, and other European countries.

The public is enthusiastically realizing the great outstanding fact that the solidarity of women in the midst of the world catastrophe has held and that the great international meeting came to a successful close without any serious disagreement or ruction. This is the more remarkable, taken in connection with the fact that all the great international organizations of science, labor, religion, and social economy deemed it impossible to meet this year lest something be said or done that might endanger the neutrality of the small States or increase the bitterness between the parties to the conflict.

The women who took part in the solemn deliberations which have just ended, many of whom had personally experienced the effect of war in the loss of their relatives, in the nursing of wounded, and in the disorganization of all normal living, throughout treated their sisters from the warring countries in a spirit of understanding and comradeship, and their protest was turned against war itself without any attempt to assess the blame.

The congress was never without its emotional background, all the more impressive because so carefully restrained. At moments one was reminded of the women of the Greek tragedy who mourned not for their personal sorrows but for the great wrongs of the world. The modern woman, however, with her trained mind, not only cried out against the present system of force but was able to hold her mind upon the devising of ways and means for substituting reason and law, conciliation and arbitration for the prevailing system. 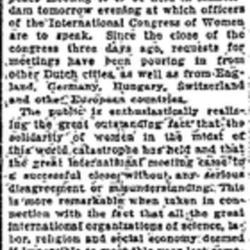 This article may have been written for Jane Addams by Louis Paul Lochner.