Review of Thomas Dixon's The Clansman, May 1915 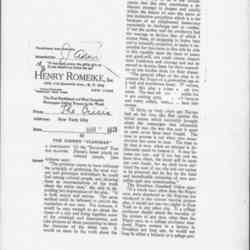 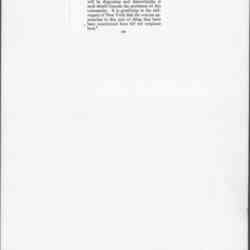 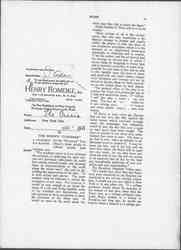 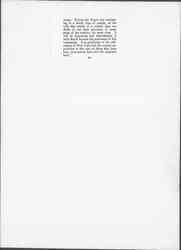 "The producer seems to have followed the principle of gathering the most vicious and grotesque individuals he could find among colored people, and showing them as representatives of the truth about the entire race," she said in describing her impressions of the play. "It is both unjust and untrue. The same method could be followed to smirch the reputation of any race. For instance, it would be easy enough to go about the slums of a city and bring together some of the criminals and degenerates, and take pictures of them purporting to show the character of the white race. It would no more be the truth about the white race than this is about the black."

"Most serious of all is the circumstance that this play constitutes a deliberate attempt to deepen and justify within the hearts of men the more or less instinctive prejudices which it is the business of an enlightened democracy ceaselessly to challenge and to combat. If but the author and the producers had the courage to declare that of which I accuse them, of designing to foster hate and to intensify prejudice, to make it impossible for two races to live side by side in this republic upon the basis of peace and good-will, one could almost respect their frankness and courage and not be moved to despise them for their cowardice as one loathes them for their shame.

"The general effect of the play is to present the Negro of a generation ago as a foul and murderous beast. Therefore, I call this play a crime [against] two races. The men who are [responsible] for it are coining [prejudice], bitterness and every unholy instinct of men into money.

"If thirty or forty years ago Europe had set her face like flint against the initial causes which inevitably brought about the campaigns that ultimately ended in war, the war that now is upon us need never have been fought. The time to protest is not when race assassination has come to pass. The time to do that is now, when an attempt is deliberately made to foment it. It may become too late; and if too late and we have been silent, the blood will be upon our own heads, for we shall have suffered the soul of our city and our nation to be poisoned day by day by the fatal and ineradicable poisoning of race prejudice and race assassination."

"If a whole race, other than the Negro race, were slandered as the Negroes are slandered in the current moving picture play, it would not run two nights in New York or in any other city. If a college professor should attack the morality of the women of any race, other than the Negro race, as a college professor slandered Negro women in a lecture in Brooklyn not long ago, he would not long be either a lecturer or a college professor. Baiting the Negro and attributing to a whole class of people, all the evils that minds of a certain type can think of, has been prevalent in many parts of the country for some time. It will be disgusting and discreditable if such should become the sentiment of this community. It is gratifying to the self-respect of New York that the nearest approaches to this sort of thing that have been experienced here did not originate here."

The Crisis includes Addams' comments alongside others on the "The Clansman," a play which depicts African Americans negatively.