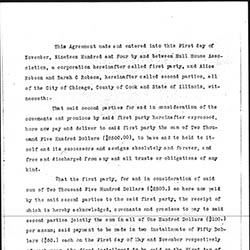 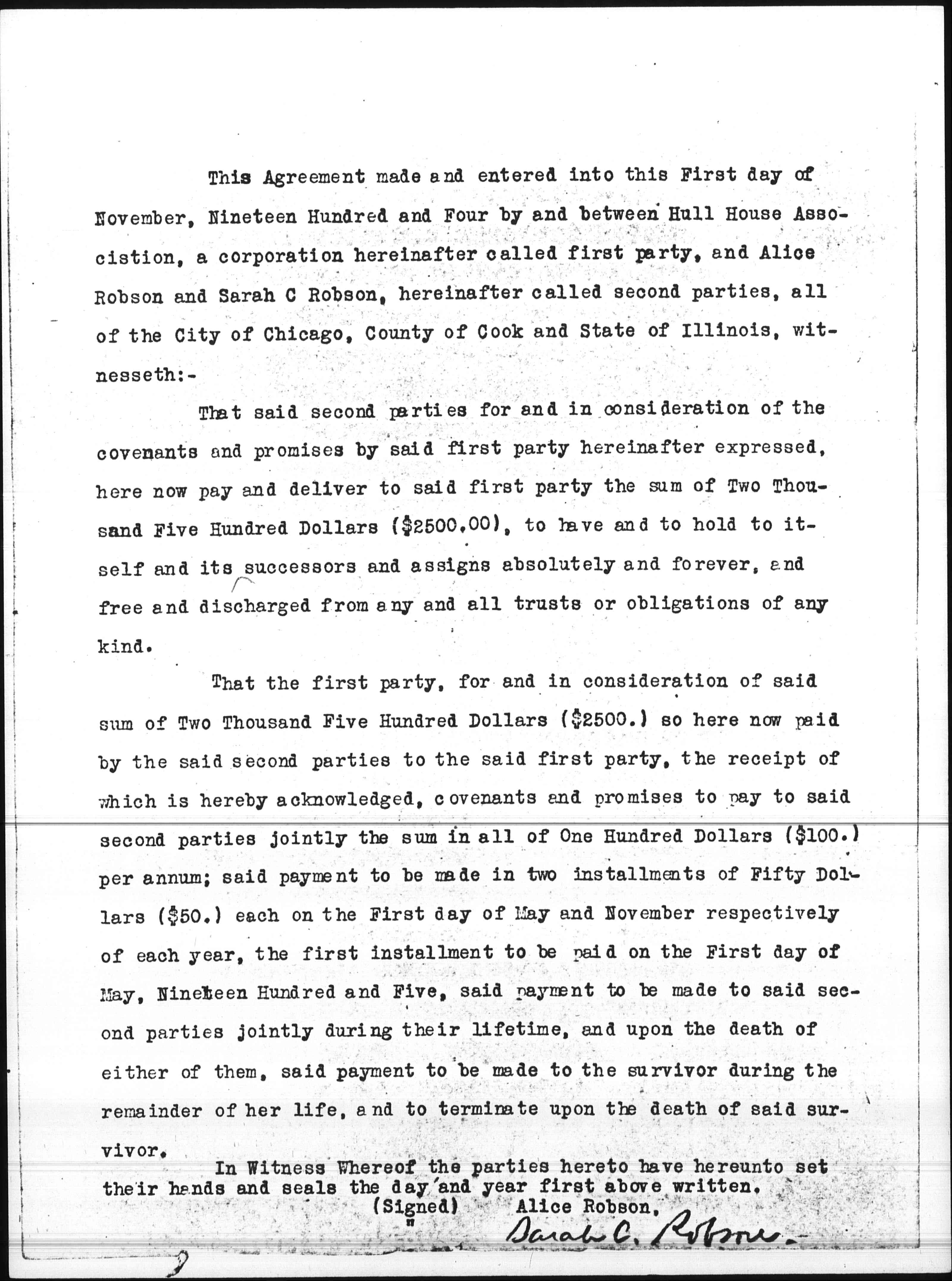 This Agreement made and entered into this First day of November, Nineteen Hundred and Four by and between Hull House Association, a corporation hereinafter called first party, and Alice Robson and Sarah C Robson, hereinafter called second parties, all of the City of Chicago, County of Cook and State of Illinois, witnesseth:--

That said second parties for and in consideration of the covenants and promises by said first party hereinafter expressed, here now pay and deliver to said first party the sum of Two Thousand Five Hundred Dollars ($2500.00), to have and to hold to itself and its successors and assigns absolutely and forever, and free and discharged from any and all trusts or obligations of any kind.

That the first party, for and in consideration of said sum of Two Thousand Five Hundred Dollars ($2500.) so here now paid by the said second parties to the said first party, the receipt of which is hereby acknowledged, covenants and promises to pay to said second parties jointly the sum in all of One Hundred Dollars ($100.) per annum; said payment to be made in two installments of Fifty Dollars ($50.) each on the First day of May and November respectively of each year, the first installment to be paid on the First day of May, Nineteen Hundred and Five, and payment to made to said second parties jointly during their lifetime, and upon the death of either of them, said payment to be made to the survivor during the remainder of her life, and to terminate upon the death of said survivor.

In Witness Whereof the parties hereto have hereunto set their hands and seals the day and year first above written. 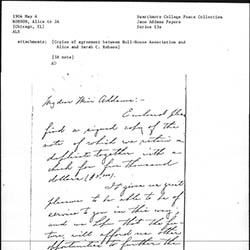 Alice and Sarah C, Robson agree to lend $2,500 to the Hull-House Association, which will be paid back at $100 per year unless both die before it is repaid.