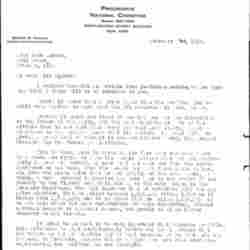 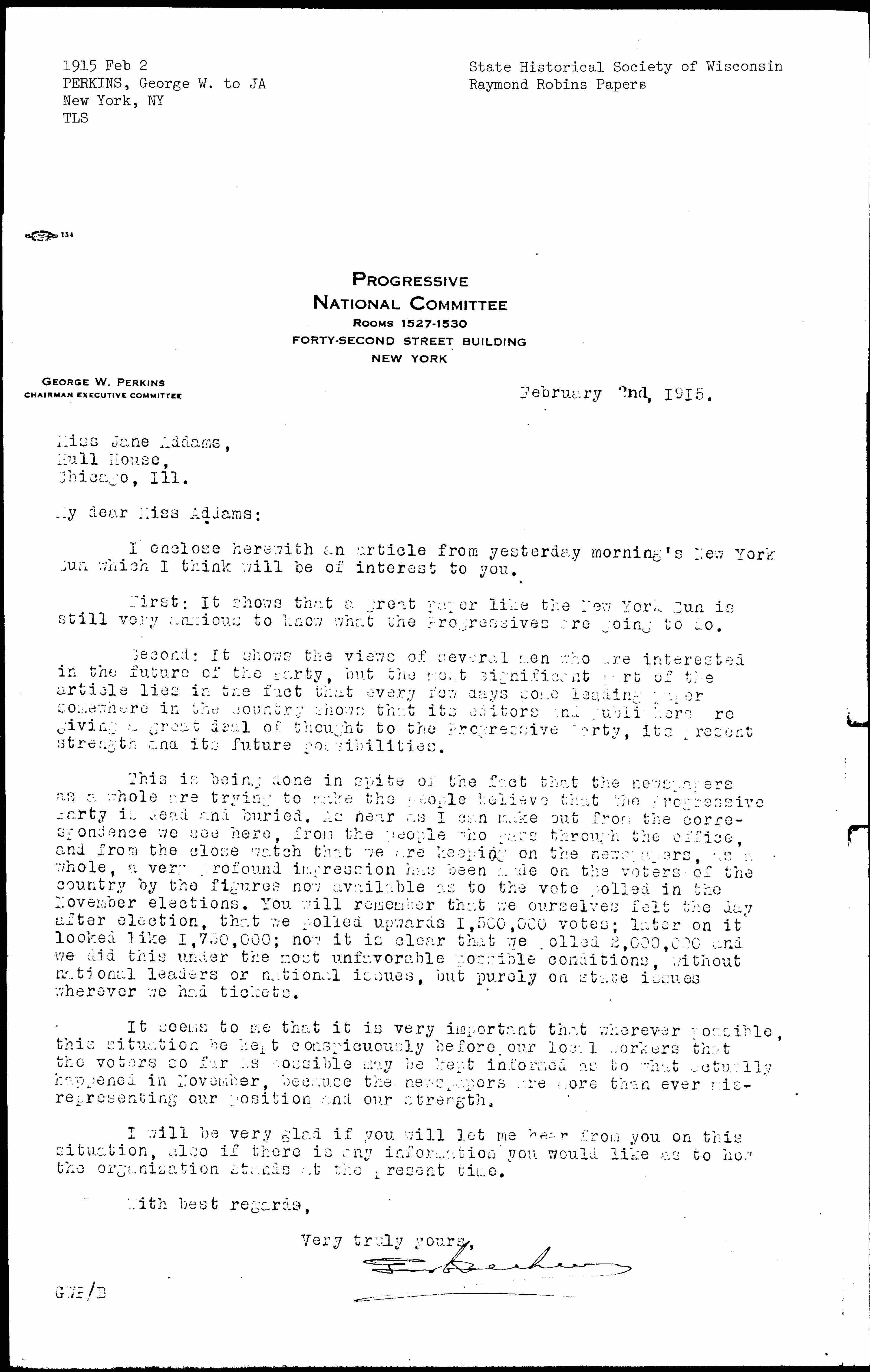 I enclose herewith an article from yesterday morning's New York Sun which I think will be of interest to you.

First: It shows that a great paper like the New York Sun is still very anxious to know what the Progressives are going to do.

Second: It shows the views of several men who are interested in the future of the party, but the most significant part of the article lies in the fact that every few days some leading paper somewhere in the country shows that its editors and publishers are giving a great deal of thought to the Progressive Party, its present strength and its future possibilities.

This is being done in spite of the fact that the newspapers as a whole are trying to make the people believe that the Progressive Party is dead and buried. As near as I can make out from the correspondence we see here, from the people who pass through the office, and from the close watch that we are keeping on the newspapers, as a whole, a very profound impression has been made on voters of the country by the figures now available as to the vote polled in the November elections. You will remember that we ourselves felt the day after election, that we polled upwards 1,500,000 votes; later on it looked like 1,730,000; now it is clear that we polled 2,000,000 and we did this under the most unfavorable possible conditions, without national leaders or national issues, but purely on state issues wherever we had tickets.

It seems to me that it is very important that wherever possible, this situation be kept conspicuously before our local workers that the voters so far as possible may be kept informed as to what actually happened in November, because the newspapers are more than ever misrepresenting our position and our strength.

I will be very glad if you will let me hear from you on this situation, also if there is any information you would like as to how the organization stands at the present time.

Perkins expresses concern that newspapers are reporting that the Progressive Party is "dead and buried," and asks for Addams' views.