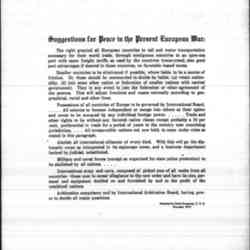 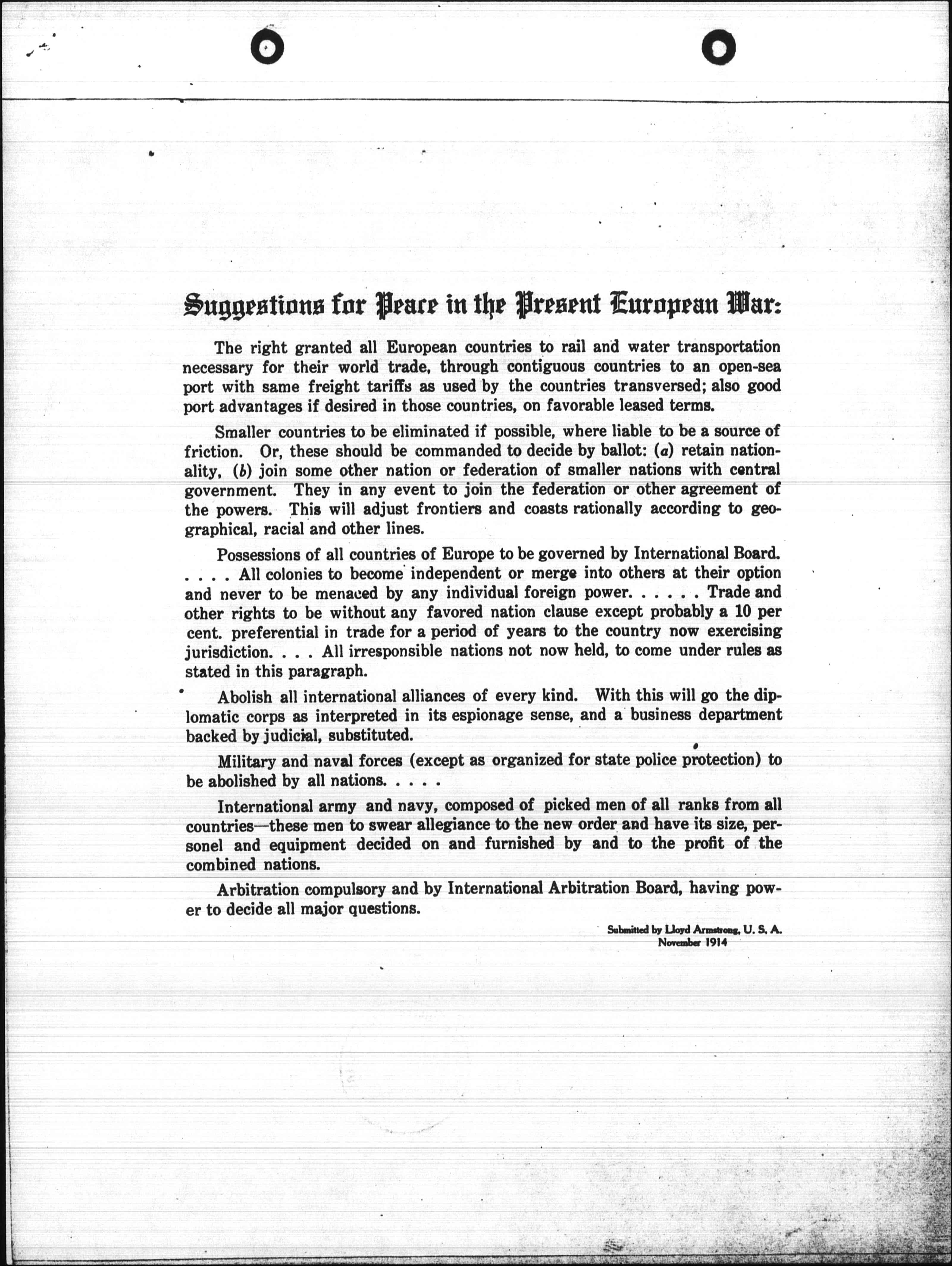 Suggestions for Peace in the Present European War:

The right granted all European countries to rail and water transportation necessary for their world trade, through contiguous countries to an open-sea port with same freight tariffs as used by the countries transversed; also good port advantages if desired in those countries, on favorable leased terms.

Smaller countries to be eliminated if possible, where liable to be a source of friction. Or, these should be commanded to decide by ballot: (a) retain nationality, (b) join some other nation or federation of smaller nations with central government. They in any event to join the federation or other agreement of the powers. This will adjust frontiers and coasts rationally according to geographical, racial and other lines.

Possessions of all countries of Europe to be governed by International Board. ... All colonies to become independent or merge into others at their option and never to be menaced by any individual foreign power. ... Trade and other rights to be without any favored nation clause except probably a 10 [percent] preferential in trade for a period of years to the country now exercising jurisdiction. ... All irresponsible nations not now held, to come under rules as stated in this paragraph.

Abolish all international alliances of every kind. With this will go the diplomatic corps as interpreted in its espionage sense, and a business department backed by judicial, substituted.

Military and naval forces (except as organized for state police protection) to be abolished by all nations. ...

International army and navy, composed of picked men of all ranks from all countries -- these men to swear allegiance to the new order and have its size, [personnel] and equipment decided on and furnished by and to the profit of the combined nations.

Arbitration compulsory and by International Arbitration Board, having power to decide all major questions. 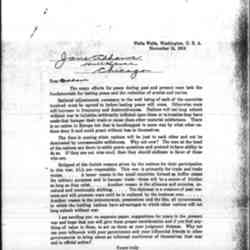 Armstrong suggests radical ideas for how Europe, and the world, can achieve peace.