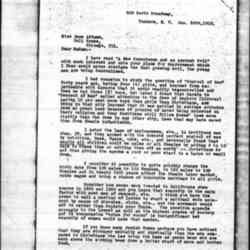 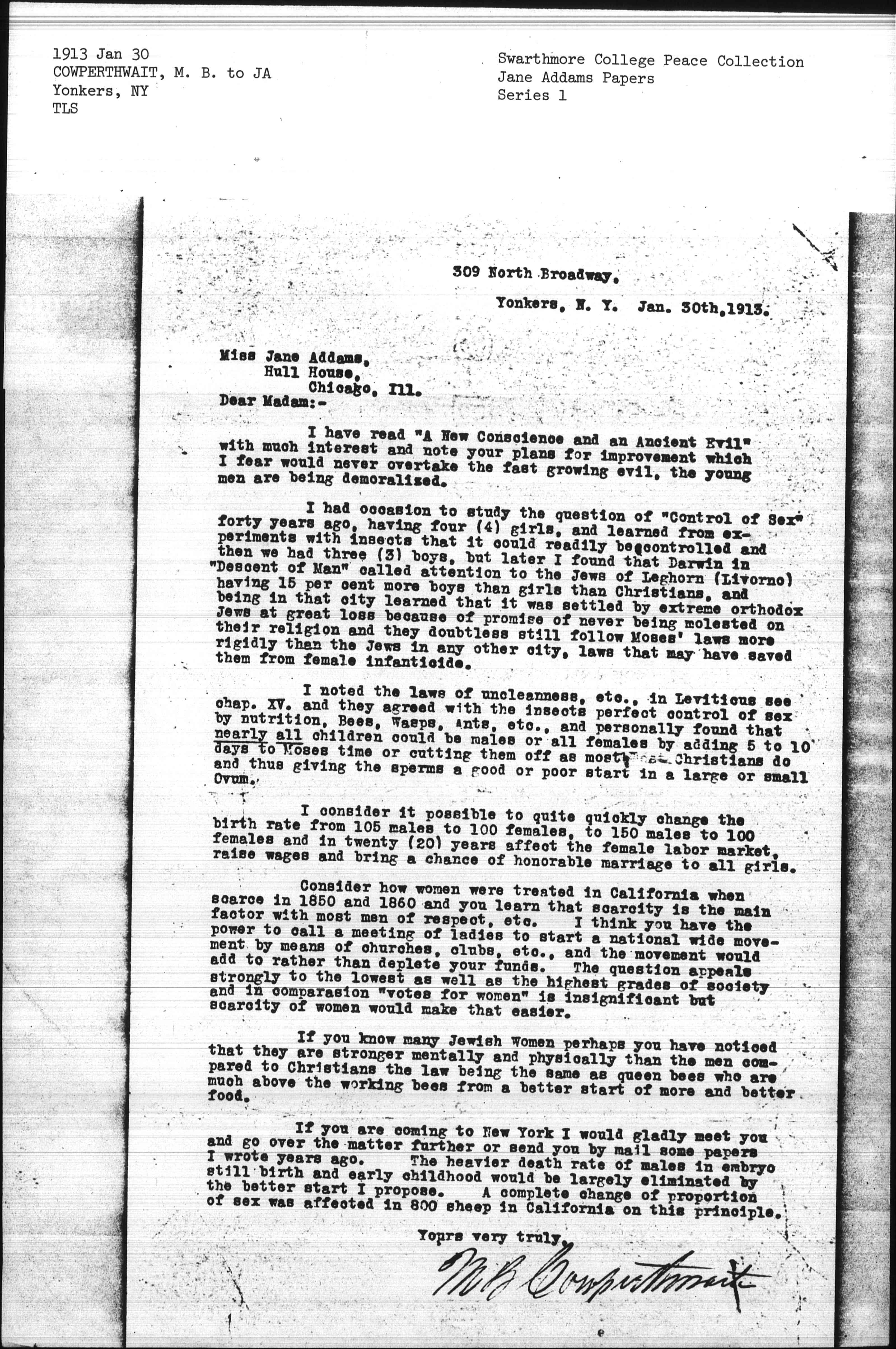 I have read "A New Conscience and an Ancient Evil" with much interest and note your plans for improvement which I fear would never overtake the fast growing evil, the young men are being demoralized.

I had occasion to study the question of "Control of Sex" forty years ago, having four (4) girls, and learned from experiments with insects that it could readily be controlled and then we had three (3) boys, but later I found that Darwin in "Descent of Man" called attention to the Jews of Leghorn (Livorno) having 15 [percent] more boys than girls than Christians, and being in that city learned that it was settled by extreme orthodox Jews at great loss because of promise of never being molested on their religion and they doubtless still follow Moses' laws more rigidly than the Jews in any other city, laws that may have saved them from female infanticide.

I noted the laws of uncleanness, etc., in Leviticus see chap. XV. and they agreed with the insects perfect control of sex by nutrition, Bees, Wasps, Ants, etc., and personally found that nearly all children could be males or all females by adding 5 to 10 days to Moses time or cutting them off as most Christians do and thus giving the sperms a good or poor start in a large or small Ovum.

Consider how women were treated in California when scarce in 1850 and 1860 and you learn that scarcity is the main factor with most men of respect, etc. I think you have the power to call a meeting of ladies to start a national wide movement by means of churches, clubs, etc., and the movement would add to rather than deplete your funds. The question appeals strongly to the lowest as well as the highest grades of society and in [comparison] "votes for women" is insignificant but scarcity of women would make that easier.

If you know many Jewish Women perhaps you have noticed that they are stronger mentally and physically than the men compared to Christians the law being the same as queen bees who are much above the working bees from a better start of more and better food.

If you are coming to New York I would gladly meet you and go over the matter further or send you by mail some papers I wrote years ago. The heavier death rate of males in embryo still birth and early childhood would be largely eliminated by the better start I propose. A complete change of proportion of sex was affected in 800 sheep in California on this principle. 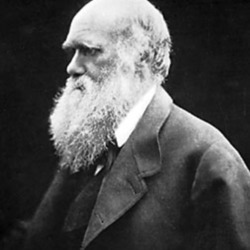 Cowperthwait writes Addams about her book A New Conscience and an Ancient Evil and explains his experiments and ideas on sex.