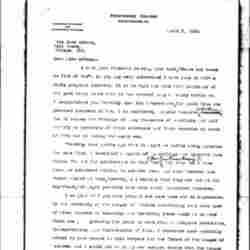 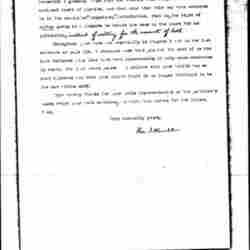 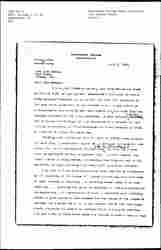 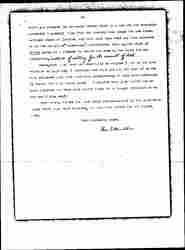 DEPARTMENT OF HISTORY AND INTERNATIONAL RELATIONS

I have just finished reading your book, "Peace and Bread in Time of War". As you may well understand I have read it with a truly poignant interest. It is so full and rich with incidents of the past seven years that it has stirred many a memory within me. I congratulate you heartily upon its achievement; for aside from its personal interest it has, I am convinced, genuine historic ↑importance,↓ interest, for it voices the feelings of many thousands of pacifists and will certify to posterity of their existence and their devotion to truth as they saw it during the world war.

Thinking some months ago that it might be useful along somewhat the same line, I assembled a number of my writings and speeches made during the war for publication in book form ↑("War-Time Peace Essays");↓ but thus far I have found no publisher willing to publish them, not even Huebsch. One cannot wonder at this, however, as I realize that they are not at all important, but might possibly have some small historical interest.

I am glad that you have brought out once more and so impressively the necessity of the League of Nations undertaking some real task of vital concern to humanity; and certainly there could be no more vital one, probably for years to come, than an adequate production, transportation, and distribution of food. I therefore most cordially adhere to your desire in this respect for the future of the League of Nations; and I would add to it my own earnest desire that the League should eliminate all resort to military force or economic coercion. A League based on moral force alone and engaged in such a task as that [page 2] which you propose for it would indeed usher in a new era for humanity. Meanwhile I greatly hope that our country will adopt the new international court of justice, and that some time this may have restored to it its so-called "compulsory" jurisdiction, that is, the right of either party to a dispute to submit its case to the court for adjudication, ↑instead of waiting for the consent of both.↓

Throughout your book and especially in chapter 7 and in the last sentence on page 139, I realized anew what you and the rest of us who have followed your lead have been experiencing if only semi-consciously during the last seven years. I rejoice that your health has so much improved and that your spirit finds it no longer difficult to be its own blithe self.

With hearty thanks for your noble representation of the pacifist's cause which your book embodies, and with best wishes for the future, 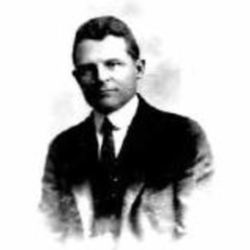 Hull congratulates Addams on Peace and Bread in Time of War and discusses her support for the League of Nations.

Addams, Jane, praise for
Addams, Jane, writings, Peace and Bread in Time of War
League of Nations, support for