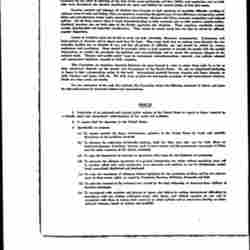 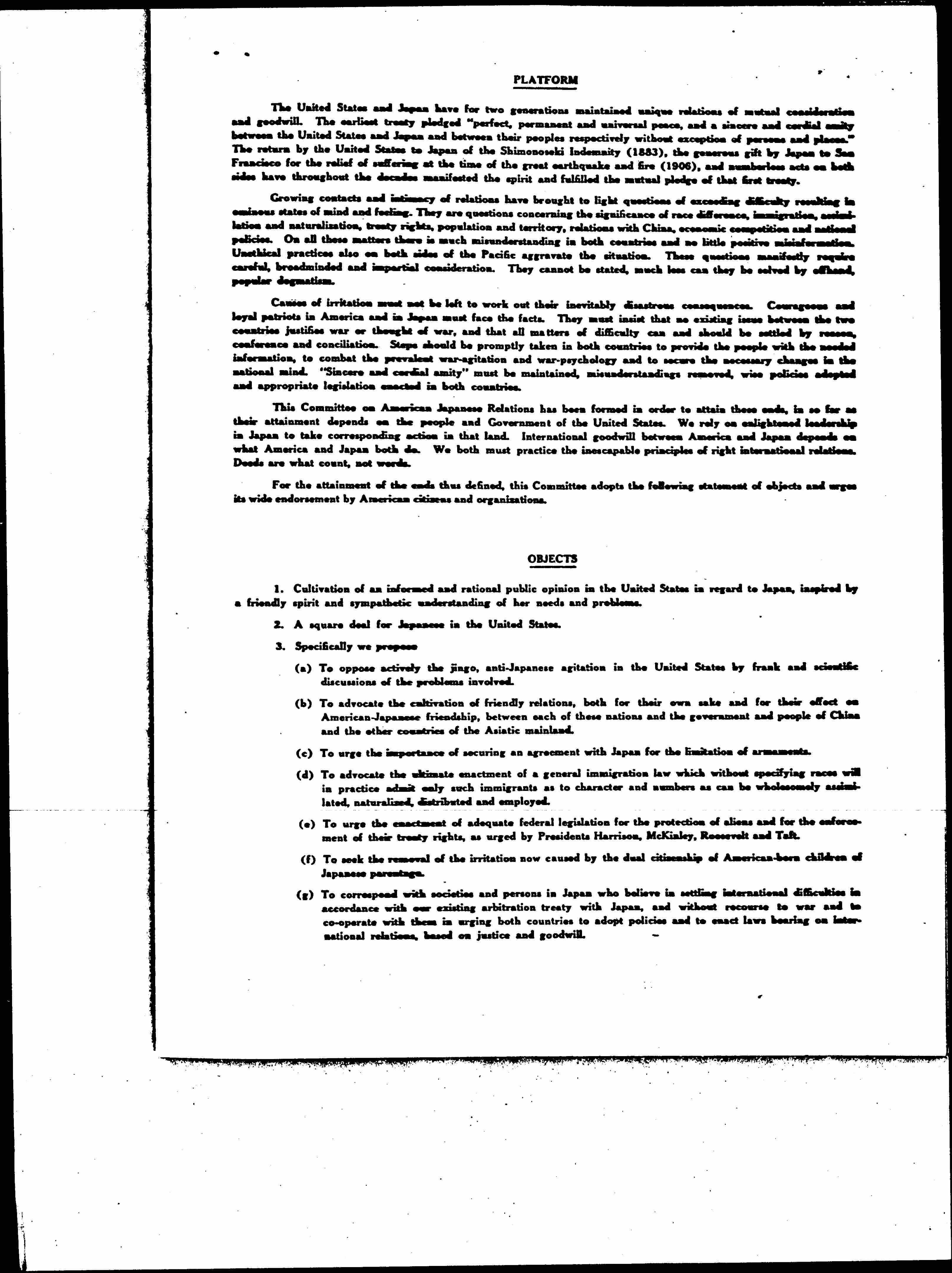 The United States and Japan have for two generations maintained unique relations of mutual consideration and goodwill. The earliest treaty pledged "perfect, permanent and universal peace, and a sincere and cordial amity between the United States and Japan and between their peoples respectively without exception of persons and places." The return by the United States to Japan of the Shimonoseki Indemnity (1883), the generous gift by Japan to San Francisco for the relief of suffering at the time of the great earthquake and fire (1906), and numberless acts on both sides have throughout the decades manifested the spirit and fulfilled the mutual pledge of that first treaty.

Growing contacts and intimacy of relations have brought to light questions of exceeding difficulty resulting in ominous states of mind and feeling. They are questions concerning the significance of race difference, immigration, assimilation and naturalization, treaty rights, population and territory, relations with China, economic competition and national policies. On all these matters there is much misunderstanding in both countries and no little positive misinformation. Unethical practices also on both sides of the Pacific aggravate the situation. These questions manifestly require careful, broadminded and impartial consideration. They cannot be stated, much less can they be solved by offhand, popular dogmatism.

Causes of irritation must not be left to work out their inevitably disastrous consequences. Courageous and loyal patriots in America and in Japan must face the facts. They must insist that no existing issue between the two countries justifies war or thought of war, and that all matters of difficulty can and should be settled by reason, conference and conciliation. Steps should be promptly taken in both countries to provide the people with the needed information to combat the prevalent war-agitation and war-psychology and to secure the necessary changes in the national mind. "Sincere and cordial amity" must be maintained, misunderstandings removed, wise policies adopted and appropriate legislation enacted in both countries.

This Committee on American Japanese Relations has been formed in order to attain [these] ends, in so far as their attainment depends on the people and Government of the United States. We rely on enlightened leadership in Japan to take corresponding action in that land. International goodwill between America and Japan depends on what America and Japan both do. We both must practice the inescapable principles of right international relations. Deeds are what count, not words.

For the attainment of the ends thus defined, this Committee adopts the following statement of objects and urges its wide endorsement by American citizens and organizations.

1. Cultivation of an informed and rational public opinion in the United States in regard to Japan, inspired by a friendly spirit and sympathetic understanding of her needs and problems.

2. A square deal for Japanese in the United States.

(a) To oppose actively the jingo, anti-Japanese agitation in the United States by frank and scientific discussions of the problems involved.

(b) To advocate the cultivation of friendly relations, both for their own sake and for their effect on American-Japanese friendship, between each of these nations and the government and people of China and the other countries of the Asiatic mainland.

(c) To urge the importance of securing an agreement with Japan for the limitation of armaments.

(d) To advocate the ultimate enactment of a general immigration law which without specifying races will in practice admit only such immigrants as to character and numbers as can be wholesomely assimilated, naturalized, distributed and employed.

(e) To urge the enactment of adequate federal legislation for the protection of aliens and for the enforcement of their treaty rights, as urged by Presidents Harrison, McKinley, Roosevelt and Taft.

(f) To seek the removal of the irritation now caused by the dual citizenship of American-born children of Japanese parentage.

(g) To correspond with societies and persons in Japan who believe in settling international difficulties in accordance with our existing arbitration treaty with Japan, and without recourse to war and to [cooperate] with them in urging both countries to adopt policies and to enact laws bearing on international relations, based on justice and goodwill. 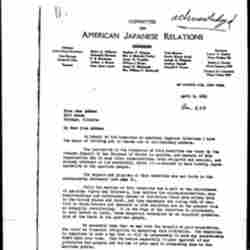 Committee on American and Japanese Relations

The Committee outlines its program to work for a positive political and social relationship between Japan and America.