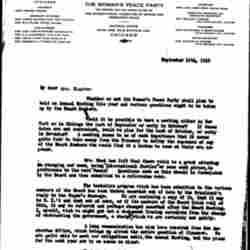 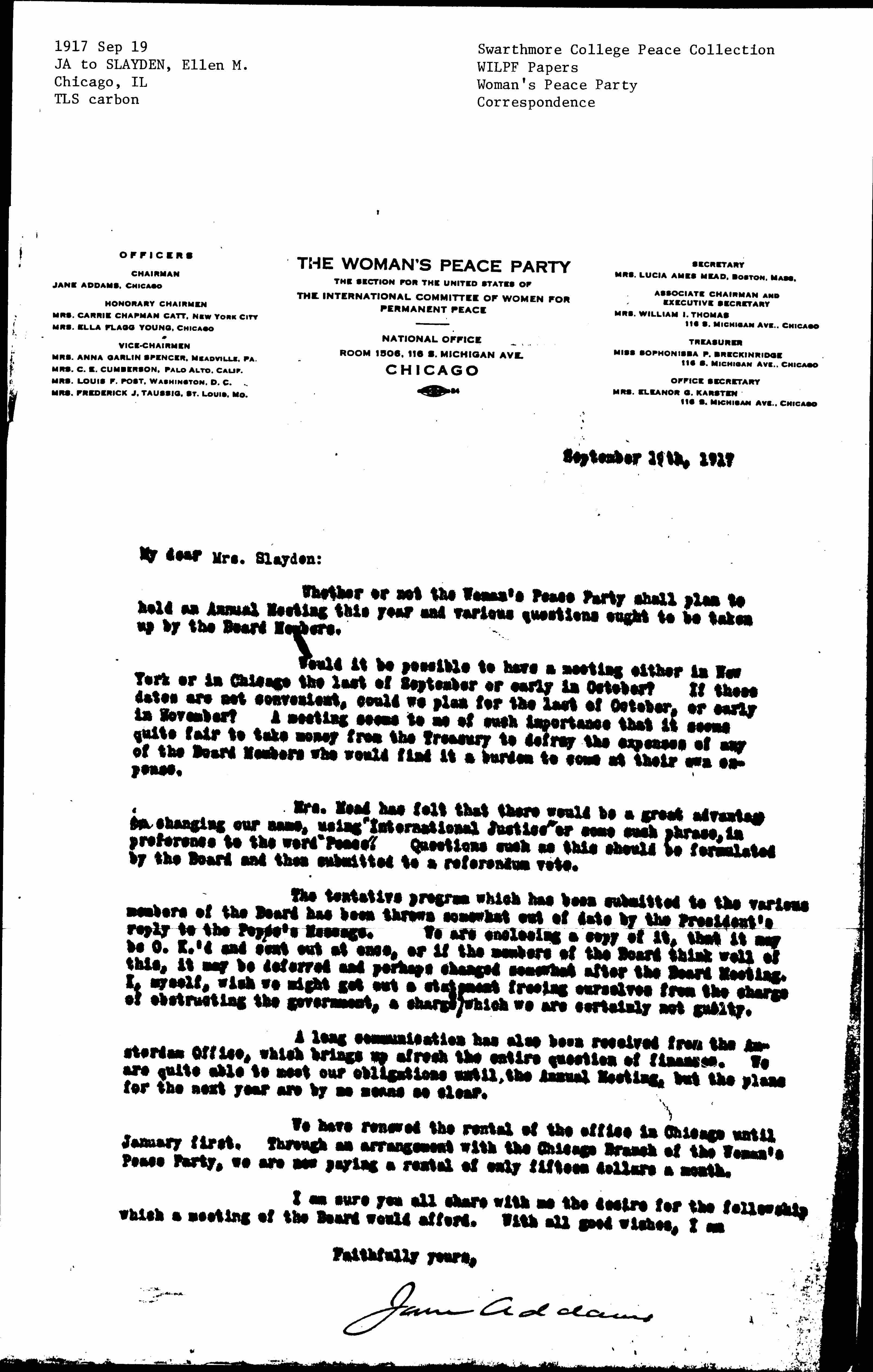 Whether or not the Woman's Peace Party shall plan to hold an Annual Meeting this year and various questions ought to be taken up by the Board Members.

Would it be possible to have a meeting either in New York or in Chicago the last of September or early in October? If these dates are not convenient, could we plan for the last of October, or early in November? A meeting seems to me of such importance that it seems quite fair to take money from the Treasury to defray the expenses of any of the Board Members who would find it a burden to come at their own expense.

Mrs. Mead has felt that there would be a great advantage in changing our name, using "International Justice" or some such phrase, in preference to the word "Peace". Questions such as this should be formulated by the Board and then submitted to a referendum vote.

The tentative program which has been submitted to the various members of the Board has been thrown somewhat out of date by the President's reply to the Pope's Message. We are enclosing a copy of it, that it may be O.K.'d and sent out at once, or if the members of the Board think well of this, it may be deferred and perhaps changed somewhat after the Board Meeting. I, myself, wish we might get out a statement freeing ourselves from the charge of obstructing the government, a charge ↑of↓ which we are certainly not guilty.

A long communication has also been received from the Amsterdam Office, which brings up afresh the entire question of finances. We are quite able to meet our obligations until the Annual Meeting, but the plans for the next year are by no means so clear.

We have renewed the rental of the office in Chicago until January first. Through an arrangement with the Chicago Branch of the Woman's Peace Party, we are now paying a rental of only fifteen dollars a month.

I am sure you all share with me the desire for the fellowship which a meeting of the Board would afford. With all good wishes, I am

Addams asks what dates are convenient for Slayden to come to the meeting of the Woman's Peace Party Executive Board, and mentions some topics they must discuss.