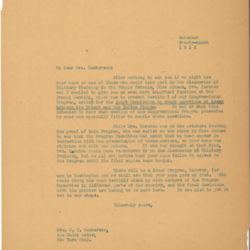 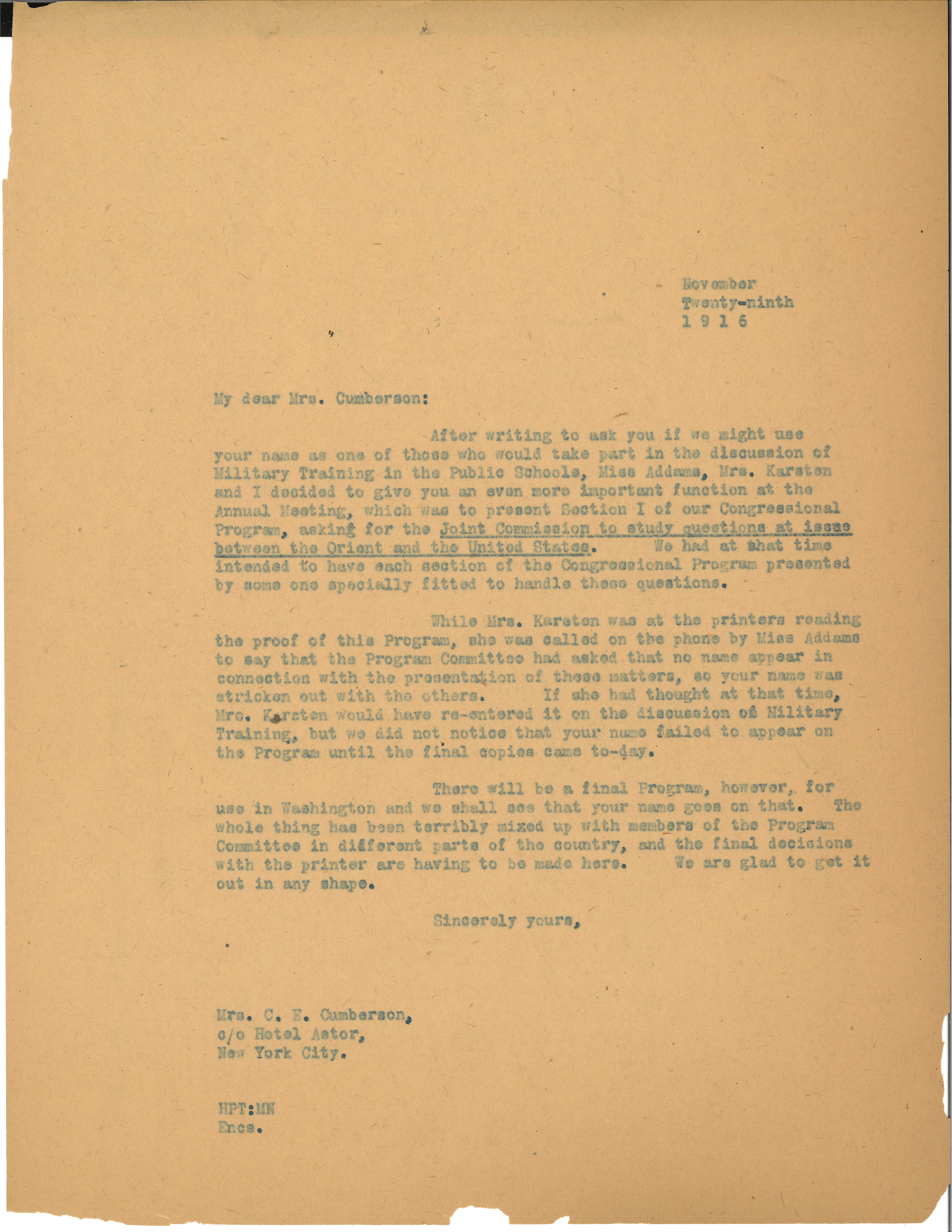 After writing to ask you if we might use your name as one of those who would take part in the discussion of Military Training in the Public Schools, Miss Addams, Mrs. Karsten and I decided to give you an even more important function at the Annual Meeting, which was to present Section I of our Congressional Program, asking for the Joint Commission to study questions at issue between the Orient and the United States. We had at that time intended to have each section of the Congressional Program presented by some one specially fitted to handle these questions.

While Mrs. Karsten was at the printers reading the proof of this Program, she was called on the phone by Miss Addams to say that the Program Committee had asked that no name appear in connection with the presentation of these matters, so your name was stricken out with the others. If she had thought at that time, Mrs. Karsten would have re-entered it on the discussion of Military Training, but we did not notice that your name failed to appear on the Program until the final copies came [today].

There will be a final Program, however, for use in Washington and we shall see that your name goes on that. The whole thing has been terribly mixed up with members of the Program Committee in different parts of the country, and the final decisions with the printer are having to be made here. We are glad to get it out in any shape.

Thomas apologizes to Cumberson for omitting her name on a program for the Woman's Peace Party's annual meeting.