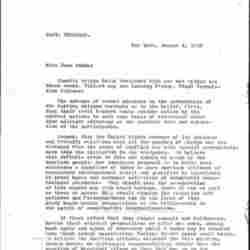 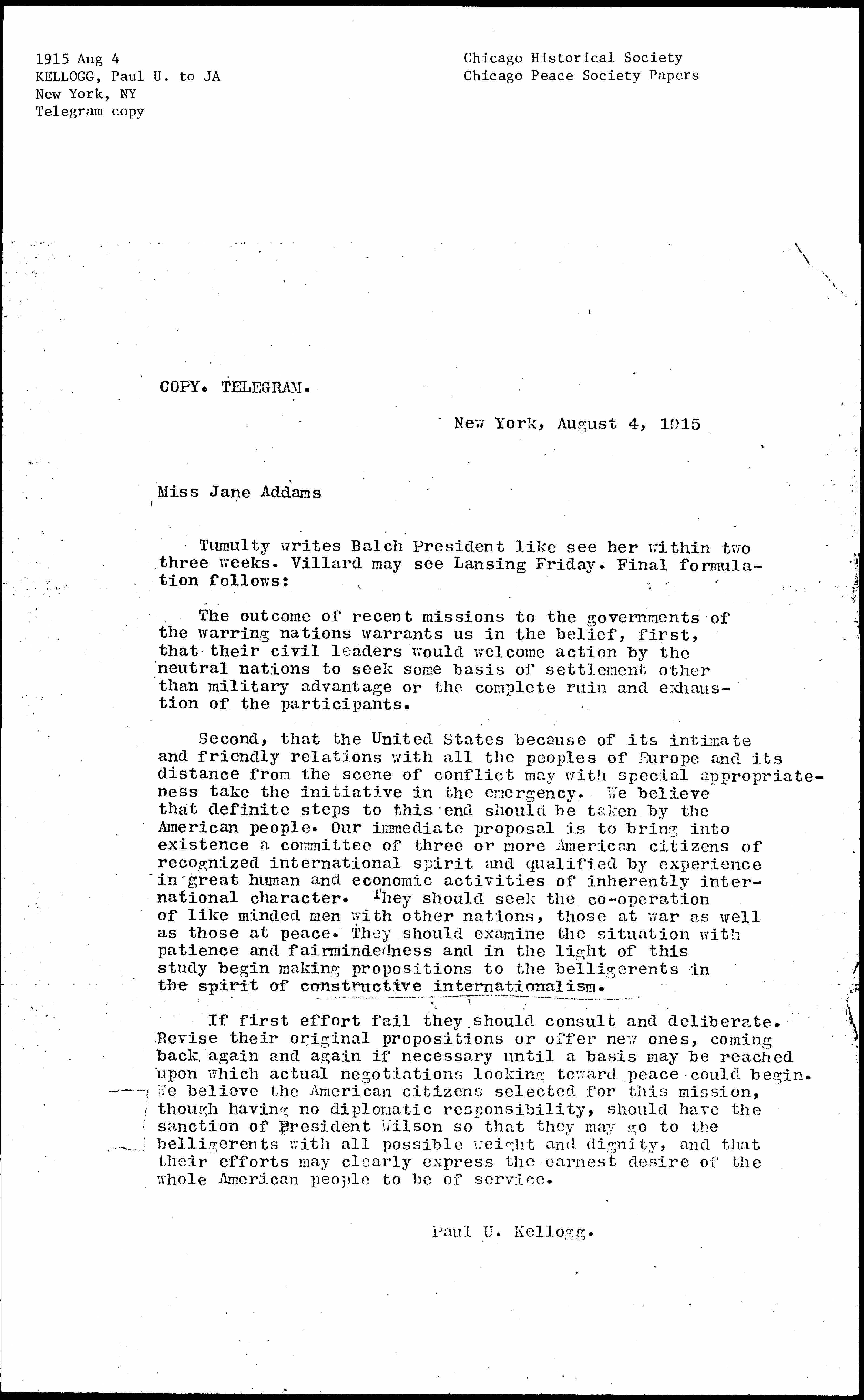 The outcome of recent missions to the governments of the warring nations warrants us in the belief, first, that their civil leaders would welcome action by the neutral nations to seek some basis of settlement other than military advantage or the complete ruin and exhaustion of the participants.

Second, that the United States because of its intimate and friendly relations with all the peoples of Europe and its distance from the scene of conflict may with special appropriateness take the initiative in the emergency. We believe that definite steps to this end should be taken by the American people. Our immediate proposal is to bring into existence a committee of three or more American citizens of recognized international spirit and qualified by experience in great human and economic activities of inherently international character. They should seek the [cooperation] of like minded men with other nations, those at war as well as those at peace. They should examine the situation with patience and fairmindedness and in the light of this study begin making prepositions to the belligerents in the spirit of constructive internationalism.

If first effort fail they should consult and deliberate. Revise their original prepositions or offer new ones, coming back again and again if necessary until a basis may be reached upon which actual negotiations looking toward peace could begin. We believe the American citizens selected for this mission, though having no diplomatic responsibility, should have the sanction of President Wilson so that they may go to the belligerents with all possible weight and dignity, and that their efforts may clearly express the earnest desire of the whole American people to be of service. 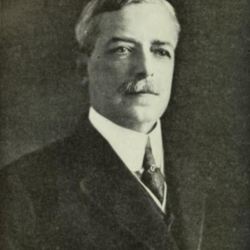 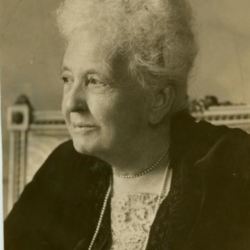 Kellogg telegrams Addams with the text of a resolution calling for the United States to initiate peace talks.