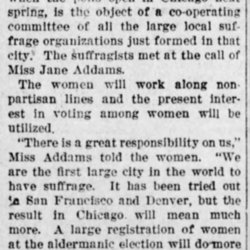 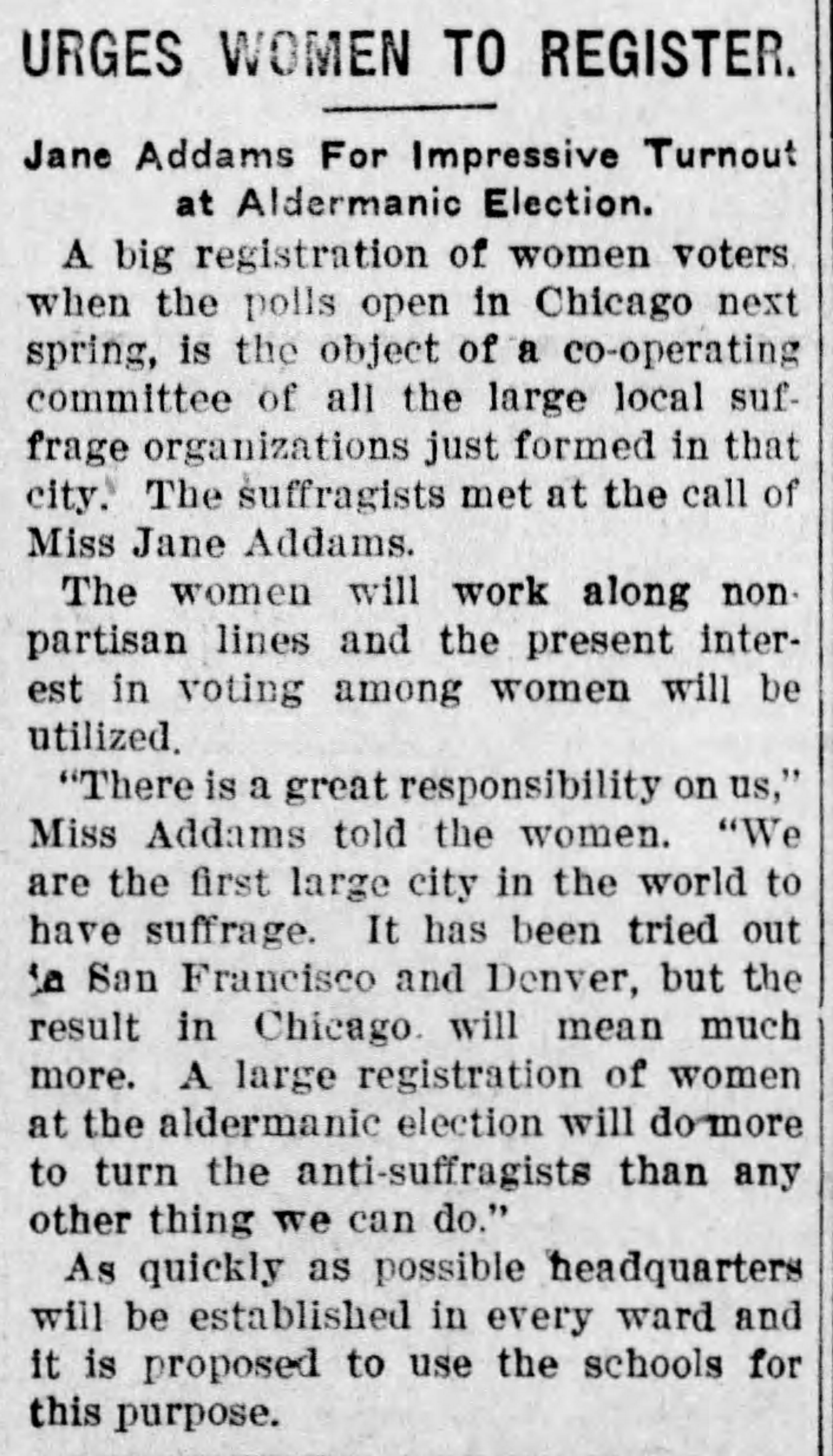 A big registration of women voters when the polls open in Chicago next spring, is the object of a [cooperating] committee of all the large local suffrage organizations just formed in that city. The suffragists met at the call of Miss Jane Addams.

The women will work along non-partisan lines and the present interest in voting among women will be utilized.

"There is a great responsibility on us," Miss Addams told the women. "We are the first large city in the world to have suffrage. It has been tried out in San Fransisco and Denver, but the result in Chicago will mean much more. A large registration of women at the aldermanic election will do more to turn the anti-suffragists than any other thing we can do."

As quickly as possible headquarters will be established in every ward and it is proposed to use the schools for this purpose.

Addams urges women in Chicago to register to vote.