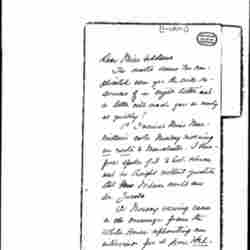 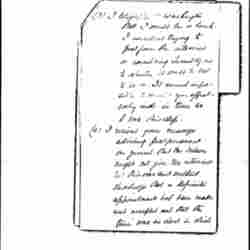 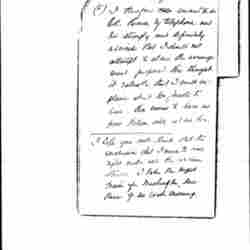 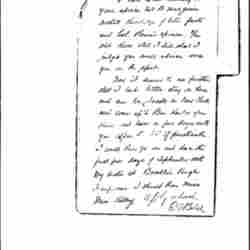 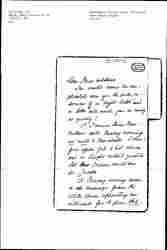 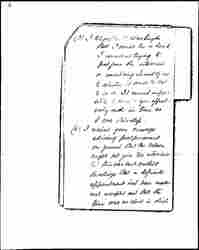 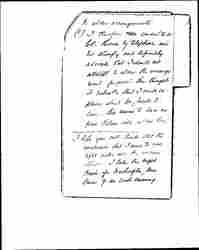 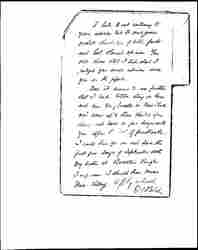 The matter seems too complicated even for the wide resources of a "night letter" and a letter will reach you as nearly as quickly!

1st I received Miss Macmillan's call Monday morning en route to Manchester. I therefore spoke of it to Col. House and he thought without question that Mrs Wilson would see Dr. Jacobs.

(3) I telegraphed to Washington that I would be on hand. I considered trying to postpone the interview or consulting Tumulty as to whether it would be best to do so. It seemed impossible to consult you effectively and in time so I took this step.

(4) I received your message advising postponement on ground that [illegible] Wilson might not give two interviews but this was sent without knowledge that a definite appointment had been made and accepted and that the time was so short in which [page 3] to alter arrangements.

(5) I therefore [illegible] consulted Col. House by telephone and he strongly and definitely advised that I should not attempt to alter the arrangement proposed. He thought it valuable that I could explain about Dr. Jacobs to him. He seems to have no fear Wilson will not see her.

I hope you will think that the conclusion that I came to was right under all the circumstances. I take the night train for Washington, due there 9:30 Wed morning. [page 4]

I hate to act contrary to your advice but it was given without knowledge of later facts and Col. House's opinion. You will know that I did what I judged you would advise were you on the spot.

Now it seems to me further that I had better stay on here and see Dr. Jacobs in New York and come up to Bar Harbor from there and have a few days with you before the [30th?] if practicable. I could then go on and have the first few days of September with my sister at Brooklin though I suppose I should then miss Mrs. Kelley. Affly in haste 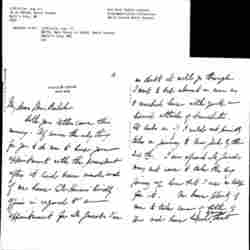 Balch discusses her actions after meeting with President Wilson and hopes that she made the right decisions.