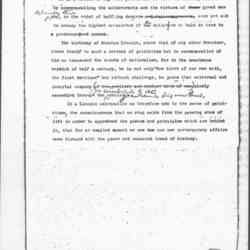 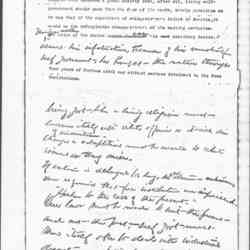 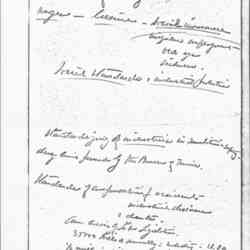 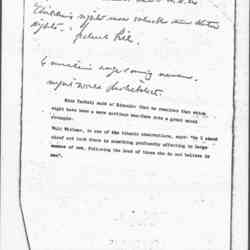 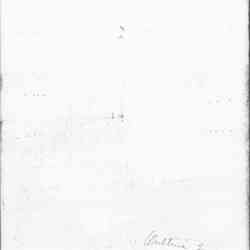 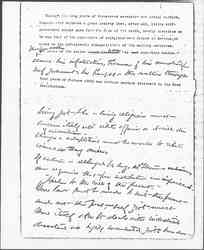 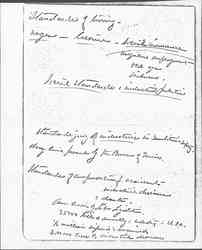 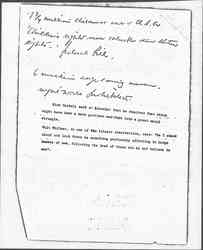 It is a truism to say that patriotism is most effectively cultivated by commemorating the achievements and the virtues of these great men <especially those> who, in the midst of baffling dangers and discouragements, were yet able to embody the highest conscience of the <a> nation and to hold it true to a predetermined course.

The birthday of Abraham Lincoln, above that of any other American, lends itself to such a revival of patriotism but in commemoration of him we transcend the bounds of nationalism, for in the unanimous verdict of half a century, he is not only "New birth of our new soil, the first American" but without challenge, he joins that universal and immortal company (of the gentlest and noblest sons of man) slowly assembled through the <ages irrespective of the> [century] <in which they were born.>

In a Lincoln celebration we therefore add to the sense of patriotism, the consciousness that we step aside from the passing show of life in order to apprehend the powers and principles which are behind it, that for an exalted moment we see how our own contemporary affairs move forward with the grave and measured tread of history. [page 2]

Lincoln's distinguishing quality as a lawyer was his [illegible] fundamental justice faculty of reducing complex and baffling subjects to their simplest terms. He had a gigantic <an [illegible]> grasp of fundamental justice, with the ability not only to apply it to each case as it was presented to him but to state it in such wise that the most untutored juror could understand it! His distinguishing trait as a lawyer perhaps was his skill to <with consummate [skill] he> conducted the common mind along the line of his reasoning to its own <a> conclusion <so inevitable that the man considered it his own.> <His> tolerance of all honest convictions, however much they might differ from his own, was founded upon his genuine respect for human nature.

He never forgot, when he moved to Sangamon County, how the people <men> splitting rails in the back woods <of Kentucky> or <those> pushing flat boats down the Mississippi River, thought and felt; and when he moved to Springfield and again to Washington, he found "that the men I knew down in Sangamon County" were exactly like the men elsewhere, because they had never grown [dim] and shadowy to his mind or to his sympathies, but still remained blood brothers in the hard struggle for existence. He thus was never able to divorced his reasoning faculties from his sympathetic humanitarianism, <merely to [illegible] is valuable only 3 states before Pro. Party now 20 [states] have social insurance.> [page 3]

Through the long years of threatened secession and actual warfare, Lincoln ever harbored a great anxiety lest, after all, living self-government should pass from the face of the earth, keenly conscious as he was that if the experiment of self government failed in America, it would be the unforgivable disappointment of the waiting centuries. <Therefore [although]> the union of the states became thereafter <was> his most absorbing desire. <almost his infatuation, because of his veneration for self government, he brought the nation through> four years of furious civil war without serious detriment to its free institutions.

<living gov't like a living religion must concern itself with vital affairs or it will die of inanition.

Changes & adaptations must be made to vital issues as they arise.

If action is delayed too long, [illegible] strenuous [illegible words] required that free institutions are imperiled.

"Harken to the call of the present."

Our laws must be made to suit the present and not the past, self gov't must show itself able to deal with industrial disasters as highly concentrated gov'ts have done. [page 4]

Standardizing of industries in Sanitation & Safety. along lines [illegible] by the Bureau of [illegible].

Am Ass'n of Labor Legislation.

Miss Tarbell said of Lincoln: that he resolved that which might have been a mere partisan [warfare] into a great moral struggle.

Walt Whitman, in one of his titanic observations, says: "As I stand aloof and look there is something profoundly affecting in large masses of men, following the lead of those who do not believe in men." [page 6] 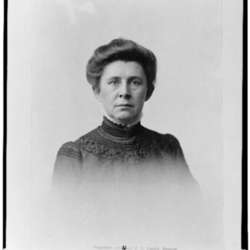 Addams' lecture at the Second Annual Lincoln Day Dinner for the Progressive Party discusses how the Party should move forward and maintain the ideals of Lincoln.