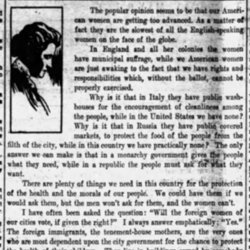 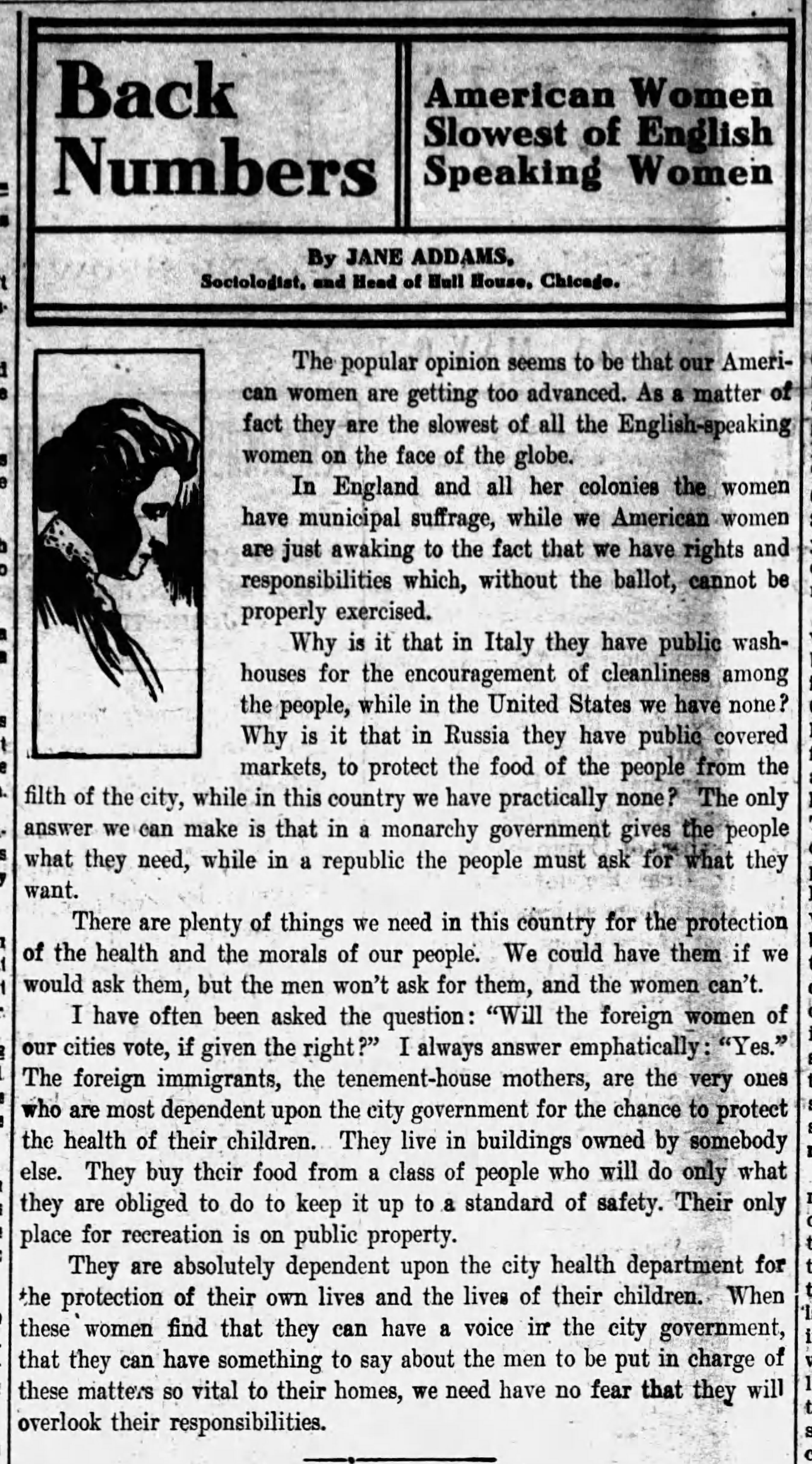 By JANE ADDAMS,
Sociologist, and Head of Hull House, Chicago.

[image]  The popular opinion seems to be that our American women are getting too advanced. As a matter of fact they are the slowest of all the English-speaking women on the face of the globe.

In England and all her colonies the women have municipal suffrage, while we American women are just awaking to the fact that we have rights and responsibilities which, without the ballot, cannot be properly exercised.

There are plenty of things we need in this country for the protection of the health and the morals of our people. We could have them if we would ask them, but the men won't ask for them, and the women can't.

I have often been asked the question: "Will the foreign women of our cities vote, if given the right?" I always answer emphatically: "Yes." The foreign immigrants, the tenement-house mothers, are the very ones who are most dependent upon the city government for the chance to protect the health of their children. They live in buildings owned by somebody else. They buy their food from a class of people who will do only what they are obliged to do to keep up a standard of safety. Their own place for recreation is on public property.

They are absolutely dependent upon the city health department for the protection of their own lives and the lives of their children. When these women find that they can have a voice in the city government, that they can have something to say about the men to be put in charge of these matters so vital to their homes, we need have no fear that they will overlook their responsibilities.

Addams argues that American women are behind their European peers with regard to individual rights.