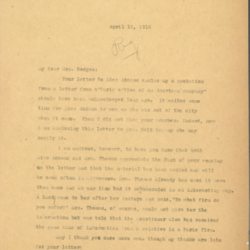 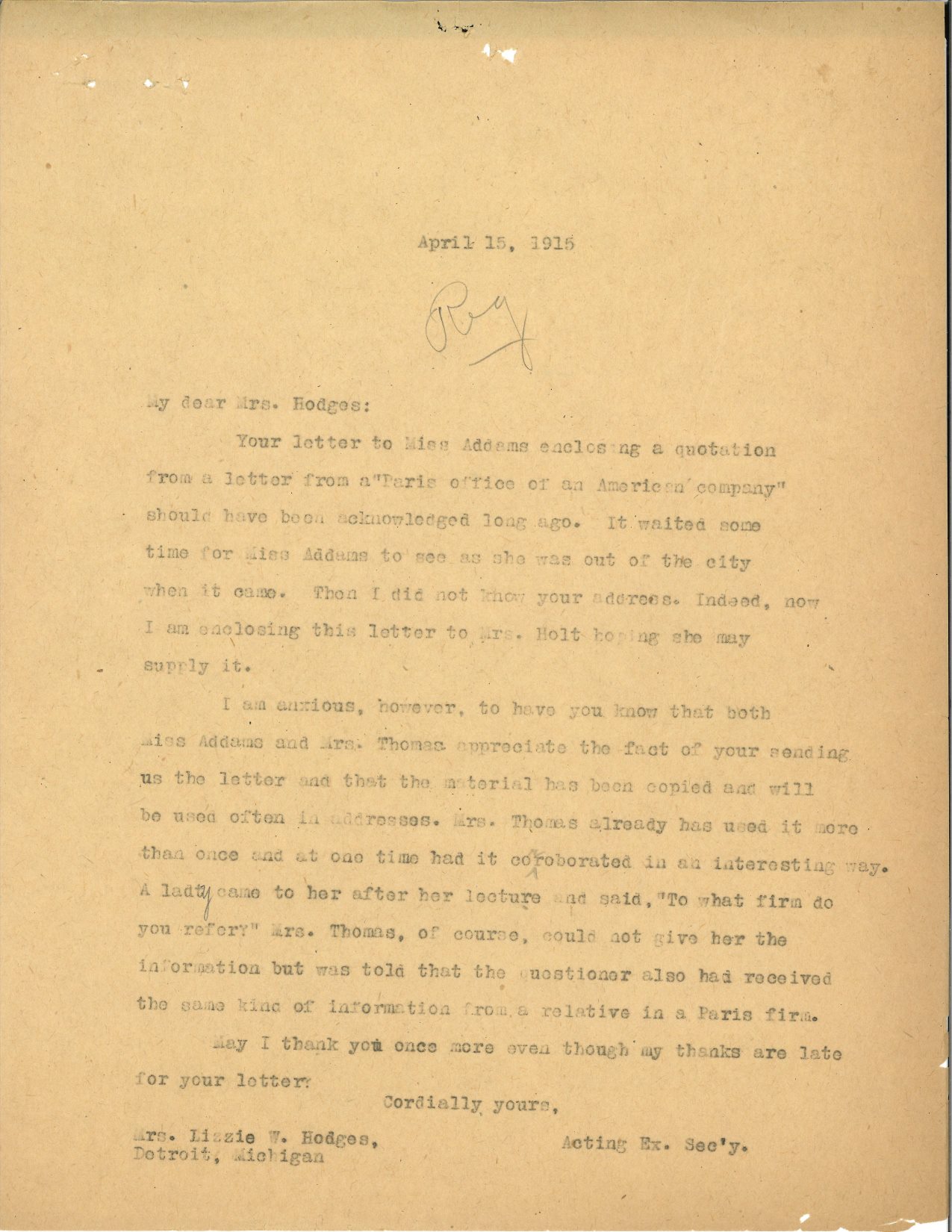 Your letter to Miss Addams enclosing a quotation from a letter from a "Paris office or an American company" should have been acknowledged long ago. It waited some time for Miss Addams to see as she was out of the city when it came. Then I did not know your address. Indeed, now I am enclosing this letter to Mrs. Holt because she may supply it.

I am anxious, however, to have you know that both Miss Addams and Mrs. Thomas appreciate the fact of your sending us the letter and that the material has been copied and will be used often in addresses. Mrs. Thomas already has used it more than once and at one time had it [corroborated] in an interesting way. A lady came to her after her lecture and said, "To what firm do you refer?" Mrs. Thomas, of course, could not give her the information but was told that the questioner also had received the same kind of information from a relative in a Paris firm.

May I thank you once more even though my thanks are late for your letter? 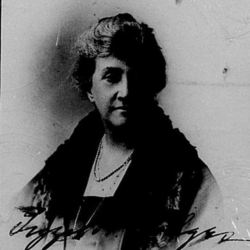 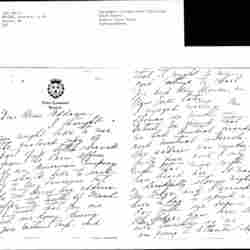 Norton thanks Hodges about a letter she sent to Addams, concerning a "firm."