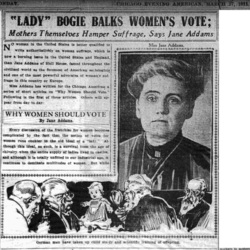 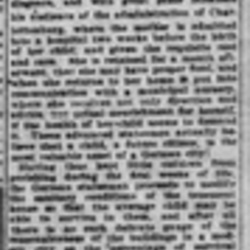 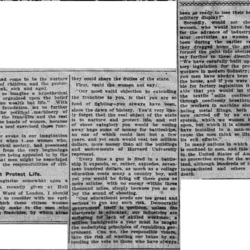 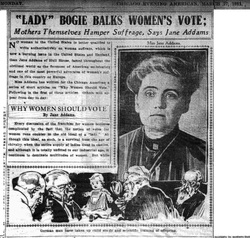 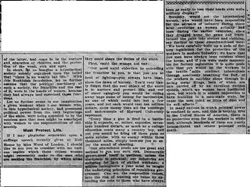 No woman in the United States is better qualified to write authoritatively on woman suffrage, which is now a burning issue in the United States and England, than Jane Addams of Hull House, famed throughout the civilized world as the foremost of American sociologists and as one of the most powerful advocates of woman's suffrage in this country or Europe.

Miss Addams has written for the Chicago American a series of short articles on "Why Women Should Vote." Following is the first of these articles. Others will appear from day to day.


WHY WOMEN SHOULD VOTE
By Jane Addams.

Every discussion of the franchise for women becomes complicated by the fact that the notion of votes for women runs counter to the old ideal of a "lady." Although this ideal, as such, is a survival from the age of chivalry when the entire supply of ladies lived in castles, and although it is totally unfitted to our industrial age, it continues to dominate multitudes of women. But while [page 2] this ideal prohibits the women from taking part in political life, the men, on the other hand, are constantly driven to develop a political [program] which includes more and more of woman's traditional work.

For instance, the German cities at this moment probably represent the most advanced statesmanship to be found in the civilized world, and it is in them that the German burgher, the very descendent of the free knight himself, is undertaking a line of municipal activity which even one hundred years ago he would have scorned as the type of work which was not only unworthy of his attention, but quite beneath his dignity -- which he himself would have called Frauen Arbeit.

I will illustrate this contention by an address upon "German Municipalities" recently given in Chicago by Dr. Südekum, of the Imperial Reichstag, who represented a most masculine type even of German men. All the activities of this most advanced municipal administration upon which he laid emphasis had to do with those things which have been identified for centuries with family life and with the traditional activity of women.

By way of illustration he traced the life of a German child of poorer parentage from the cradle to the grave, showing what the municipality did for him. Those of you who heard that stirring lecture will bear me out that the first half of it was devoted to the efforts made in German cities for the reduction of infant mortality. This German statesman seemed to consider it a disgrace that out of every 2,00,000 children born annually in Germany 400,000 died during the first twelve months of their existence; he bitterly resented this percentage as a reproach both upon German intelligence and upon the administration of the empire itself.

Then he told what was being done in various German cities to wipe out this disgrace, and with great pride informed his audience of the administration of Charlottenburg, where the mother is admitted into a hospital two weeks before the birth of her child, and given the requisite rest and care. She is retained for a month afterward, that she may have proper food, and when she returned to her home is put into communication with a municipal nursery, where she receives not only direction and advice, but actual nourishment for herself, if the health of her child seems to demand it. These advanced statesmen actually believe that a child, a future citizen, is the most valuable asset of a Germany city.

Having thus kept little children from perishing during the first weeks of life, the German statesmen proceeds to modify the sanitary conditions of the tenement house so that the average child may be able to survive in them, and after all there is no such delicate gauge of the reasonableness of the buildings in a modern city as the percentage of survival among the tenement house babies.

The lecturer then proceeded to lead this surviving child into the next municipal activities, and I assure you he gravely told us of the value of the kindergarten to the state, of that modern system of technical education which lies at the basis of Germany's industrial greatness, of the opportunities for recreation which the city provides that youth may not come to grief in those first moments of sex consciousness and the self-assertion of a newly awakened individuality.

It is as if Germans had been forced to take up woman's work which women themselves had neglected, inhibited therefrom by the feudal tradition that it was unwomanly to take an active part in municipal affairs. Men, on the other hand, seeing the work which needed to be done, calmly ignored their traditions that it was unmanly to consider the nutriment of newborn babies, and having carefully ascertained that the death rate was too high, proceeded to reduce it in reckless disregard of the code of knightly conduct, or rather by an adaptation of that code to contemporaneous conditions.


Woman Not So Adaptable.

Is it not to be regretted that women fail to exhibit the same adaptability?  Why should they not at least keep on with their traditional occupations even if they are obliged to exercise the franchise, a device of modern government long since separated from warfare, and the clashing of shields? Does this old association of clamor with the vote, or even the feudal sentiment of the protected lady, justify women in their refusal to care for those affairs which formerly pertained to the family, but which have been so rapidly taken over by the state?

Let us imagine for a moment the result if women had kept themselves free from hampering tradition, if the matriarchal period had held its own, if the warriors had never gained ascendency and pushed women quite outside state affairs. Let us assume that the development of the state has closely followed that of the family until the chief-care of the former, as that [page 3] of the latter, had come to be the nurture and education of children and the protection of the weak, sick and aged.

In short, let us imagine a hypothetical society soberly organized upon the belief that "there is no wealth but life." With this Ruskinian foundation, let us further assume that the political machinery of such a society, the franchise and the rest of it, were in the hands of women, because they had always best exercised those functions.

Let us further evoke in our imagination a given moment when these women who, in this hypothetical society, had possessed political power from the very beginnings of the state, were being appealed to by the voteless men that men might be associated with women in the responsibilities of citizenship.

If I may plagiarize somewhat upon a suffrage speech recently given at Hull House by Miss Ward of London, I should like to ask you to consider with me various replies which these citizen women might reasonably make to the men who are seeking the franchise, by which alone they could share the duties of the state.

First, could the women not say:

"Our most valid objection to extending the franchise to you, is that you are so fond of fighting -- you always have been, since the dawn of history. You'd very likely forget that the real object of the state is to nurture and protect life, and out of sheer vainglory you would be voting away huge sums of money for battleships, no one of which could last but a few years, and yet each would cost ten million dollars, more money that all the buildings and endowments of Harvard University represent.

"Every time a gun is fired in a battleship it expends, or, rather explodes, seventeen hundred dollars, as much as a college education costs many a country boy, and yet you would be firing off these guns as mere salutes, with no enemy within three thousand miles, simply because you so enjoy the sound of shooting.

"Our educational needs are too great and serious to run any such risk. Democratic government itself is perilous, unless the electorate is educated; our industries are suffering for lack of skilled workmen; a million immigrants a year must be taught the underlying principles of republican government. Can we, the responsible voters, take the risk of wasting our taxes by extending the right to vote to those who have always been so ready to lost their heads over mere military display?"

Secondly, would not the hypothetical women, who would have been responsible for the advance in industry during these later centuries as women actually had been during the earlier centuries, since they dragged home the game and transformed the pelts into shelter and clothing, say further to these disenfranchised men:

"We have carefully built up a code of factory legislation for the protection of the workers in modern industry; we know that you men have always been careless about the home, and if you were made responsible for factory legislation it is quite probable that you would let the workers in the textile mills contract tuberculosis [page 2] through needlessly breating the fluff, or the workers in machine shops through inhaling metal filings, both of which are not carried off by an excellent suction system, which we women have instituted upon, but which it is almost impossible to have installed in a man-made state, because the men think so little of dust and its evil effects."

In many nations in which political power is confined to men, and this is notably true in the United States of America, there is no protection even for the workers in white lead, although hundreds of them are yearly incapacitated and others poisoned [unto] death. 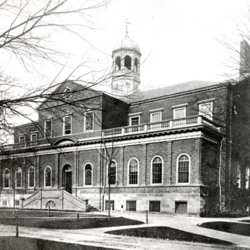 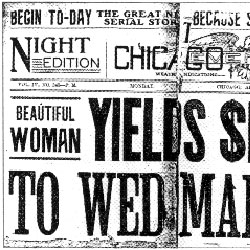 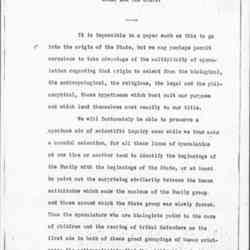 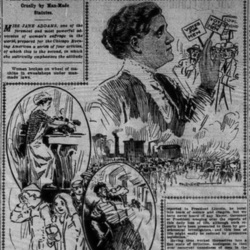 In this first installment of "Why Women Should Vote," Addams argues that antiquated notions of being a "lady" work against the woman suffrage movement.