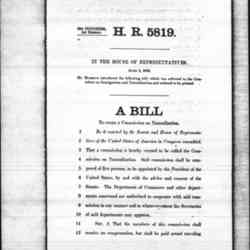 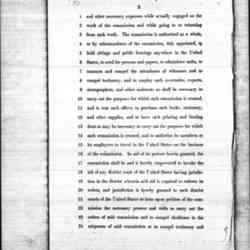 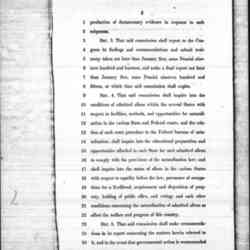 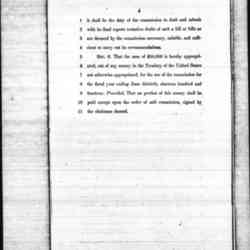 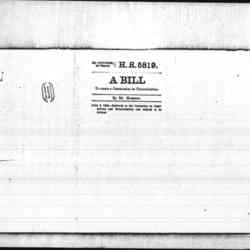 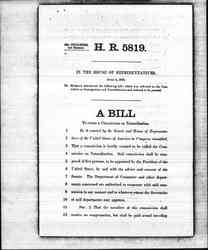 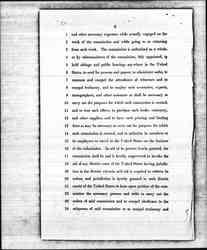 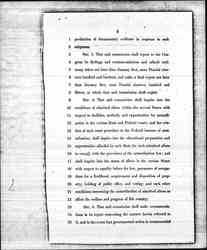 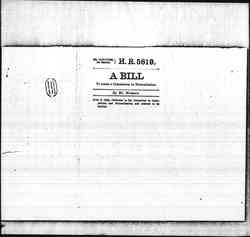 IN THE HOUSE OF REPRESENTATIVES.

MR. MURDOCK introduced the following bill; which was referred to the Committee on Immigration and Naturalization and ordered to be printed.

To create a Commission on Naturalization.

Be it enacted by the Senate and the House of Representatives of the United States of America in Congress assembled, That a commission is hereby created to be called the Commission on Naturalization. Said commission shall be composed of five persons, to be appointed by the President of the United States, by and with the advice and consent of the Senate. The Department of Commerce and other departments concerned are authorized to cooperate with said commission in any manner and to whatever extent the Secretaries of said departments may approve.

SEC. 2. That the members of this commission shall receive no compensation, but shall be paid actual traveling [page 2] and other necessary expenses while actually engaged on the work of the commission and while going to or returning from such work. The commission is authorized as a whole, or by subcommittees of the commission, duly appointed, to hold sittings and public hearings anywhere in the United States, to send for persons and papers, to administer oaths, to summon and compel the attendance of witnesses and to compel testimony, and to employ such secretaries, experts, stenographers, and other assistants as shall be necessary to carry out the purposes for which such commission is created, and to rent such offices, to purchase such books, stationery, and other supplies, and to have such printing and binding done as may be necessary to carry out the purposes for which such commission is created, and to authorize its members or its employees to travel in the United States on the business of the commission. In aid of its powers herein granted, the commission shall be and is hereby empowered to invoke the aid of any district court of the United States having jurisdiction in the district wherein said aid is required to enforce its orders, and jurisdiction is hereby granted to such district courts of the United States to issue upon petition of the commission the necessary process and writs to carry out the orders of said commission and to compel obedience to the subpoenas of said commission or to compel testimony and [page 3] production of documentary evidence in response to such subpoenas.

SEC. 5. That said commission shall make recommendations in its report concerning the matters herein referred to it, and in the event that governmental action is recommended [page 4] it shall be the duty of the commission to draft and submit with its final reports tentative drafts of such a bill or bills as are deemed by the commission necessary, suitable, and sufficient to carry out its recommendations.

SEC. 6. That the sum of $50,000 is hereby appropriated, out of any money in the Treasury of the United States not otherwise appropriated, for the use of the commission for the fiscal year ending June thirtieth, nineteen hundred and fourteen: Provided, That no portion of this money shall be paid except upon the order of said commission, signed by the chairman thereof. A House bill, introduced by Victor Murdock, to create a Commission on Naturalization.