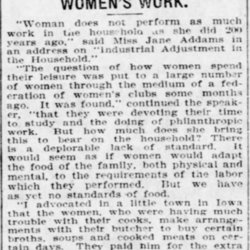 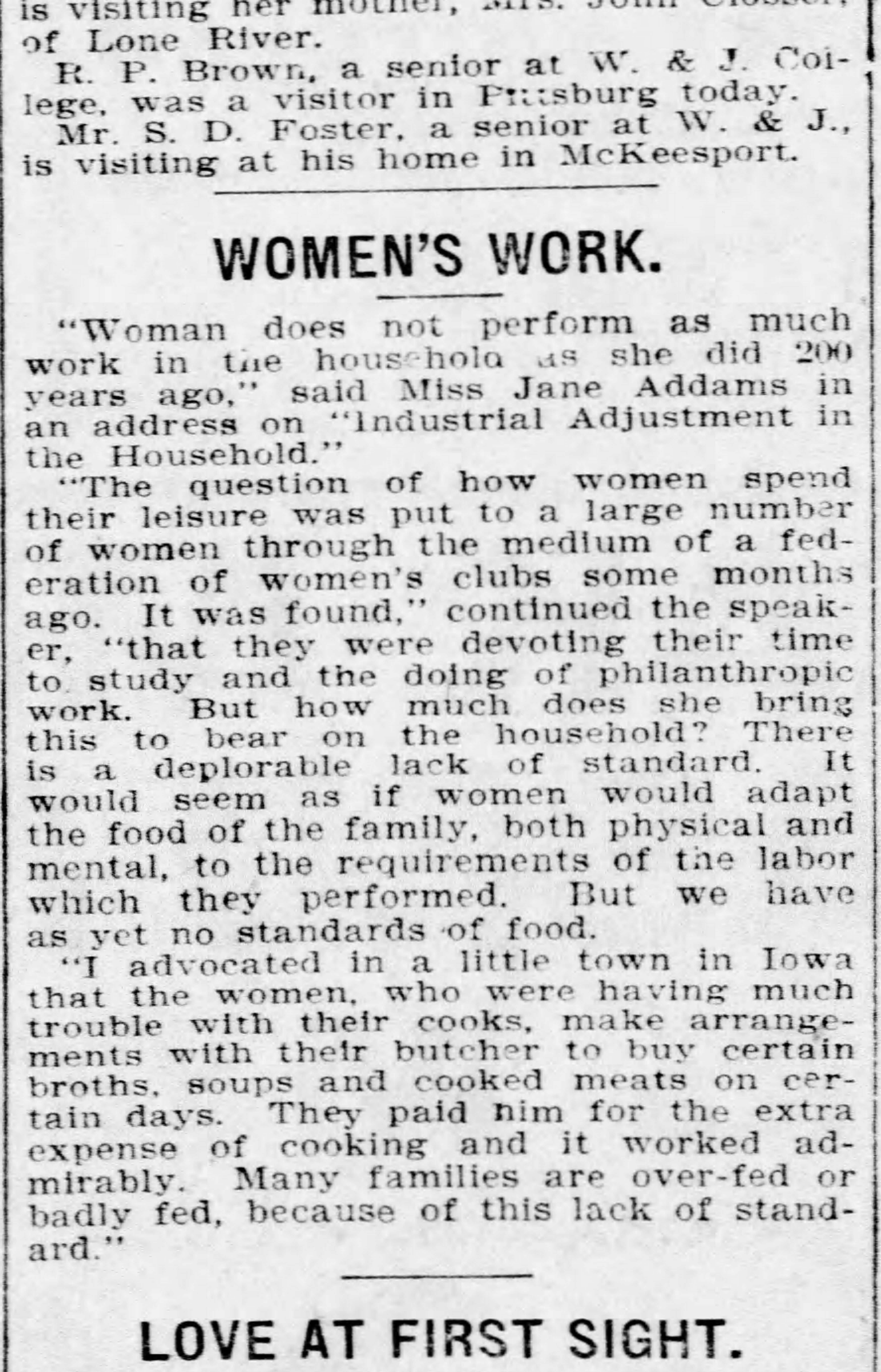 "Woman does not perform as much work in the household as she did 200 years ago," said Miss Jane Addams in an address on "Industrial Adjustment in the Household."

"The question of how women spend their leisure was put to a large number of women through the medium of a federation of women's clubs some months ago. It was found," continued the speaker, "that they were devoting their time to study and the doing of philanthropic work. But how much does she bring this to bear on the household? There is a deplorable lack of standard. It would seem as if women would adapt the food of the family, both physical and mental, to the requirements of the labor which they performed. But we have as yet no standards of food.

"I advocated in a little town in Iowa that the women, who were having much trouble with their cooks, make arrangements with their butcher to buy certain broths, soups and cooked meats on certain days. They paid him for the extra expense of cooking and it worked admirably. Many families are over-fed or badly fed, because of this lack of standard." 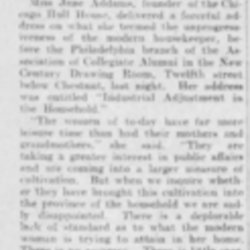 Newspaper summary of Addams' speech to the Philadelphia Branch of the Association of Collegiate Alumnae, in which she argues that women's leisure time has changed.