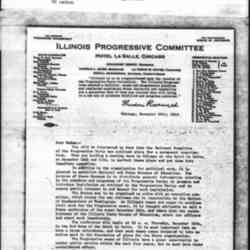 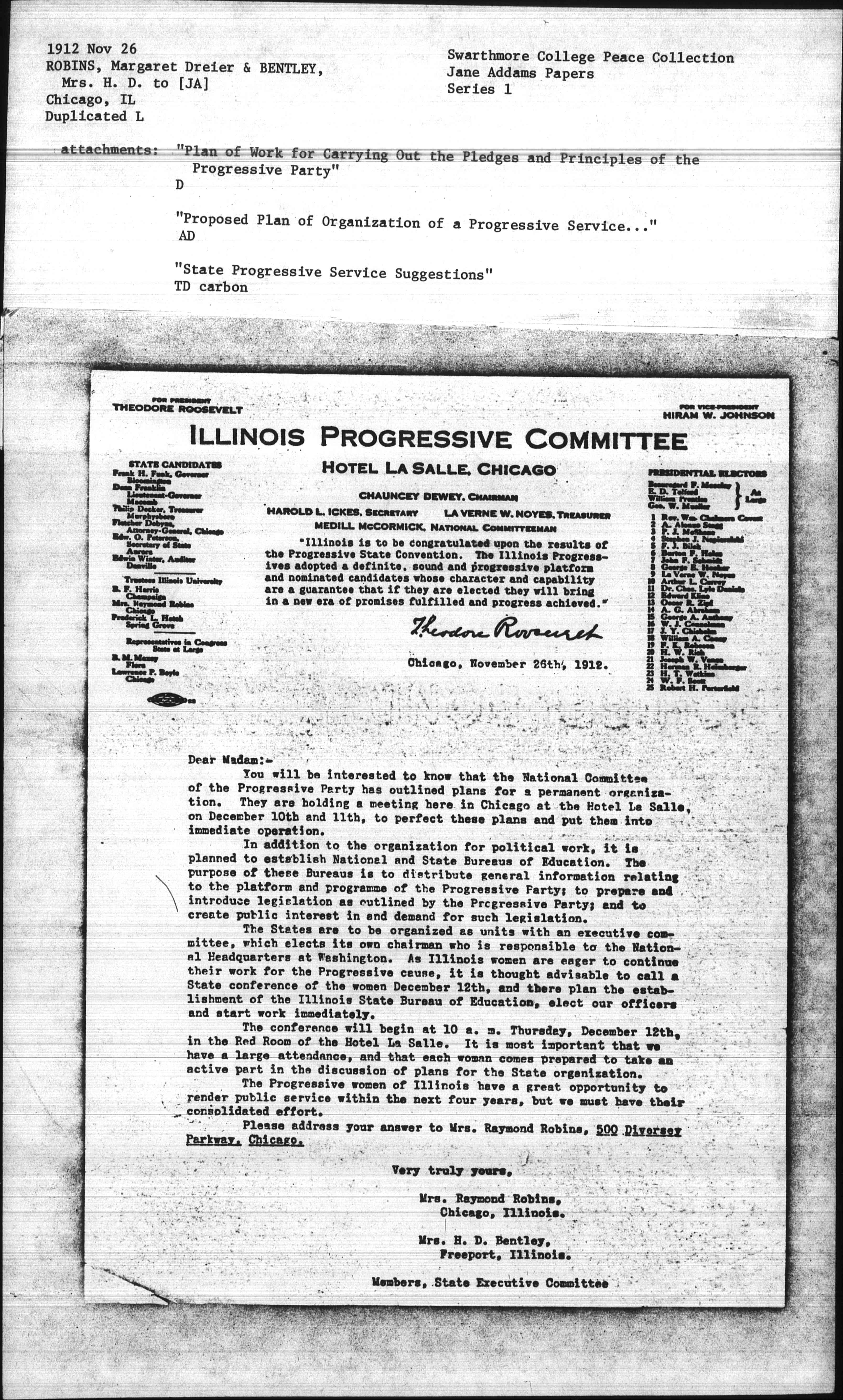 You will be interested to know that the National Committee of the Progressive Party has outlined plans for a permanent organization. They are holding a meeting here in Chicago at the Hotel La Salle, on December 10th and 11th, to perfect these plans and put them into immediate operation.

In addition to the organization for political work, it is planned to establish National and State Bureaus of Education. The purpose of these bureaus is to distribute general information relating to the platform and programme of the Progressive Party; to prepare and introduce legislation as outlined by the Progressive Party; and to create public interest in and demand for such legislation.

The States are to be organized as units with an executive committee, which elects its own chairman who is responsible to the National Headquarters at Washington. As Illinois women are eager to continue their work for the Progressive cause, it is thought advisable to call a State conference of the women December 12th, and there plan the establishment of the Illinois State Bureau of Education, elect our officers and start work immediately.

The conference will begin at 10 a.m. Thursday, December 12th, in the Red Room of the Hotel La Salle. It is most important that we have a large attendance, and that each woman comes prepared to take an active part in the discussion of plans for the State organization.

The Progressive women of Illinois have a great opportunity to render public service within the next four years, but we must have their consolidated effort. 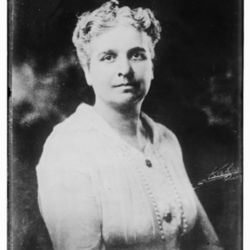 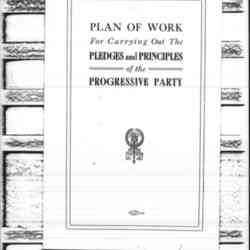 Robins and Bentley send Addams plans for the National Committee of the Progressive Party and details about a December meeting in Chicago.