Jane Addams to the General Federation of Women's Clubs, July 7, 1906 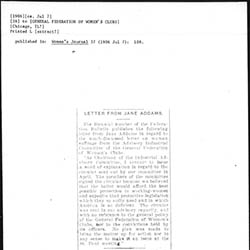 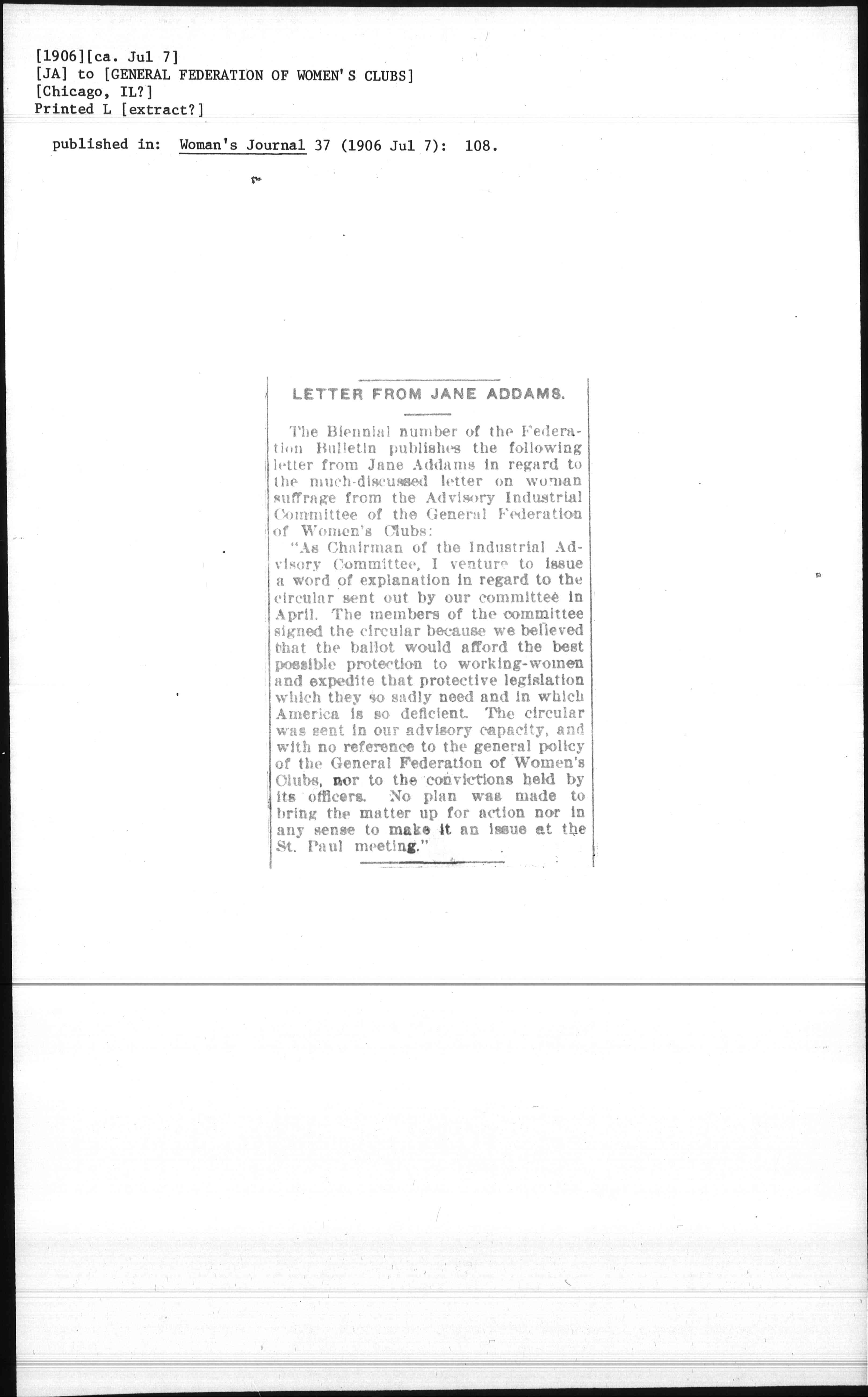 The Biennial number of the Federation Bulletin publishes the following letter from Jane Addams in regard to the much-discussed letter on woman suffrage from the Advisory Industrial Committee of the General Federation of Women's Clubs:

"As Chairman of the Industrial Advisory Committee, I venture to issue a word of explanation in regard to the circular sent out by our committee in April. The members of the committee signed the circular because we believed that the ballot would afford the best possible protection to working-women and expedite that protective legislation which they so sadly need and in which America is so deficient. The circular was sent in our advisory capacity, and with no reference to the general policy of the General Federation of Women's Clubs, nor to the convictions held by its officers. No plan was made to bring the matter up for action nor in any sense to make it an issue at the St. Paul meeting."

Addams explains the distribution of a circular with regards to protection to working women.