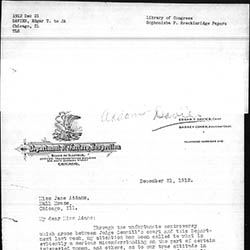 William Nelson Gemmill was a judge in Chicago. He attended Cornell College at Mount Vernon, Iowa, and then worked as a principal in Rockford. He was then the superintendent of schools in Marion. Gemmill then studied at Northwestern University night school and was admitted to the bar in 1892. He practiced law until 1906 and then served as judge of the Municipal Court of Chicago from 1906 to 1923. In 1923, Gemmill was appointed to the Superior Court and Criminal Court. He was a Mason, member of Phi Beta Kappa, and the Hamilton Club.

Gemmill married Edna Billings in 1894. They had two children together. Gemmill died in 1930.