When Youth Seeks a Mate, November 1909 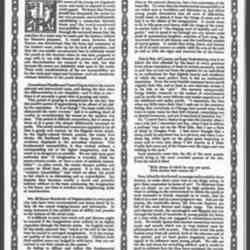 When Youth Seeks a Mate
By Jane Addams, of Hull-House, Chicago

The senses of the young are singularly acute and ready to respond to every vivid appeal. We know that Nature herself has sharpened the senses for her own purpose, and is deliberately establishing a connection between them and the newly-awakened susceptibility of sex; for it is only through the outward senses that the selection of a mate may be made and the instinct utilized for Nature's purposes. It would seem, however, that Nature was determined that the force and constancy of the instinct must make up for its lack of precision, and that she was totally unconcerned that it ruthlessly seized the youth at the moment when he was least prepared to cope with it; not only because his powers of self-control and discrimination are unequal to the task, but also because his senses are helplessly wide open to the world. These early manifestations of the sex susceptibility are for the most part vague and formless -- and are absolutely without definition to the youth himself.

Sometimes Months and Years Elapse before the mate is selected and determined upon, and during the time when the differentiation is not complete -- and it often is not -- there is of necessity a great deal of groping and waste.

This period of groping is complicated by the fact that the youth's power of appreciating is far ahead of his ability for expression. It is as though "the inner traffic fairly obstructed the outer current," and it is nothing short of cruelty to overstimulate his senses as the modern city does. This period is difficult everywhere, but it seems at times as if a great city almost deliberately increased its perils. The newly-awakened senses are appealed to by all that is gaudy and sensual, by the flippant street music, by the highly-colored theater posters, the trashy love stories, the feathered hats, the cheap heroics of the revolvers displayed in the pawnshop windows. This fundamental susceptibility is thus evoked without a corresponding stir of the higher imagination, and the result is as dangerous as possible. We are told upon good authority that "if imagination is retarded, while the senses remain awake, we have a state of aesthetic insensibility" -- in other words, the senses become sodden and cannot be lifted from the ground. It is this state of "aesthetic insensibility" into which we allow the youth to fall which is so distressing and so unjustifiable. Sex impulse then becomes merely a dumb and powerful instinct without in the least awakening the imagination or the heart, nor does it overflow into neighboring fields of consciousness.

We All Know Hundreds of Degenerates in every great city who have been overmastered and borne down by it; they fill the casual lodging-houses and infirmaries. In many instances it has pushed men of ability and promise to the bottom of the social scale.

It is difficult to state how much evil and distress might be averted if the imagination were utilized in its higher capacities through the historic paths. An English moralist has lately asserted that "much of the evil of the time may be traced to outraged imagination. It is the strongest quality of the brain and it is starved. Children from their earliest years are hedged in with facts; they are not trained to use their minds on the unseen."

In failing to diffuse and utilize this fundamental instinct of sex through the imagination we not only inadvertently foster vice and enerveration, but we, moreover, throw away one of the most precious implements for ministering to life's highest needs. There is no doubt that this ill-adjusted function consumes quite unnecessarily want vast stores of vital energy, even when we contemplate it in its immature manifestations, which are infinitely more wholesome than the dumb swamping process. Every High-School boy and girl knows the difference between the concentration and diffusion of this impulse, although they would be hopelessly bewildered by the use of the terms. They will declare one of their companions to be "in love" if his fancy is occupied by the image of a single person about whom all the newly-found values gather, and without whom his solitude is an eternal melancholy. But if the stimulus does not appear as a definite image, and the values evoked are dispensed over the world, the young person suddenly seems to have discovered a beauty and significance in many things: he responds to poetry, he becomes a lover of Nature, he is filled with religious devotion or philanthropic zeal.

Perhaps We Need to Take a Page from the philosophy of the Greeks, to whom the world of fact was also the world of the ideal, and to whom the realization of "what ought to be" involved not the destruction of what "was," but merely its perfecting upon its own lines. To the Greeks virtue was not a hard conformity to a law felt as alien to the natural character, but a free expression of the inner life. To treat thus the fundamental susceptibility of sex which now so bewilders and distresses us, and drives young people themselves into all sorts of difficulties, would mean to detach it from the things of sense and to link it to the affairs of the imagination. It would mean to fit to this gross and heavy stuff the wings of the mind, to scatter from it "the clinging mud of banality and vulgarity," and to speed it on through our city streets amid peals of spontaneous laughter, snatches of lyric song, the recovered forms of old dances, and the traditional rondels of merry games. It would thus bring charm and beauty to all of us and connect us subtly with the arts of the past as well as with the vigor and renewed life of the future.

This is Not, of Course, an Easy Undertaking even if we follow the [clue] afforded by the heart of every generous lover whose experience, at least in certain moments, tends to pull him on and out from the passion for an individual to an enthusiasm for that highest beauty and excellence of which the most perfect form is but an inadequate expression. Even the most loutish tenement-house youth vaguely feels this, and at least in rare intervals reveals it in his talk to his "girl." His memory unexpectedly brings hidden treasures to the surface of consciousness and he recalls the more delicate and tender experiences of his childhood and earlier youth. "I remember, the time when my little sister died, that I rode out to the cemetery feeling that everybody in Chicago had moved away from town to make room for that kid's funeral, everything was so blamed lonesome; and yet it was kind of peaceful, too."

Or, "I never had a chance to go into the country when I was a kid, but I remember one day, when I had to deliver a package 'way out on the West Side, that I saw a flock of sheep in Douglas Park. I had never thought that a sheep could be anywhere but in a picture, and when I saw those big, white spots on the green grass beginning to move and to turn into sheep I felt exactly as if Saint Cecilia had come out of her frame over the organ and was walking in the park."

Such moments come into the life of the most prosaic youth living in the most crowded quarter of the city. Even his mind is filled.

"With things of which he may not speak,
With dreams that cannot die."

Now, What Do We Do to Encourage and to solidify those dreams, to make them come true in our dingy towns, to give them expression in forms of art? To illustrate from one art alone: we are informed by high authority that there is nothing in the environment to which the youth at such moments so keenly responds as to music, that he feels it in a new and in a more poignant way. And yet the streets, the vaudeville shows, the five-cent theaters are full of the most blatant and vulgar songs. The trivial and obscene words, the meaningless and flippant airs run through the heads of hundreds of young people for hours at a time while they are engaged in monotonous factory work. We totally ignore that ancient connection between music and morals which was so long insisted upon by philosophers as well as poets. The street music has quite broken away from all control, both of the educator and of the patriot, and we have grown singularly careless in regard to its influence upon young people. We still use the fife and drum for recruiting soldiers, and it would be hard to estimate how far they have sustained the patriot in his farewells to his wife and child.

Knowing all this as to the power of music, and although we legislate against it in saloons because of its dangerous influence there, we constantly permit crude love-songs to incite that which should be controlled, to degrade that which should be exalted, to make sensuous that which might be lifted into the realm of the higher imagination.

Our attitude toward music is typical of our carelessness toward all those things which make for common joy and for the restraints of higher civilization on the streets. It is evident by the results that this position is dangerous as well as stupid in regard to this fundamental instinct, even if we do not agree with those authorities who claim that it is a susceptibility of sex which suffuses the world with its deepest meaning and beauty, and furnishes the momentum toward all art.

It is neither a short nor an easy undertaking to substitute the love of beauty for mere desire, to place the mind above the senses; but is not this the sum of the immemorial obligation which rests upon the adults of each generation if they would nurture and restrain the youth, and has not the whole history of civilization been but one long effort to substitute psychic impulsions for the driving force of blind appetite? 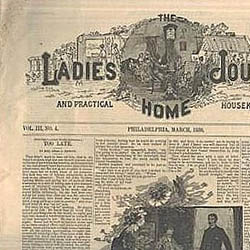 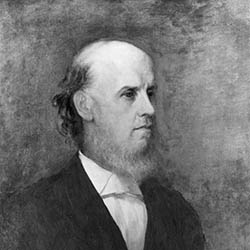