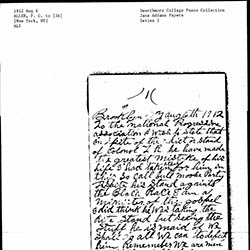 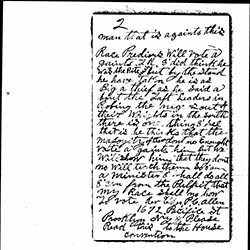 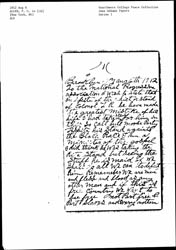 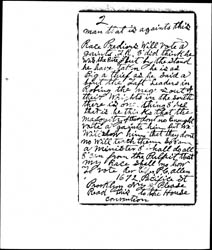 To the national Progressive association I wish to state that in spite of the edict or stand of Colonel T R he have made the greatest mistake of his life. I had taken <stand> for him in this so call bull moose party despite his stand [against] the Black Race. I am a minister of the gospel. I did think he was taking the [right] stand but seeing the stuff he is [made] of we shall do all we can to defeat him. Remember we are men and flesh and blood as any other man and if this is free country we want to [be] free not part free & part slaves and every [northern] [page 2] man that is [against] this.

Race [prejudice] will vote [against] T. R. I did think he was the [right] <man> but by the stand he have taken he is as big a thief as he said about the Taft Leaders in [robbing] the [negroes] out of their [rights] in the South. there is one thing I see that is he thinks that the [majority] of them don't [know] [enough] vote [against] him but we will show him that they don't [know] will teach them so. I am a minister. I shall do all I can from the pulpit that my race [know] how to vote.

Allen writes Addams about his disappoint with Theodore Roosevelt and with the Progressive Party for their views on African Americans.