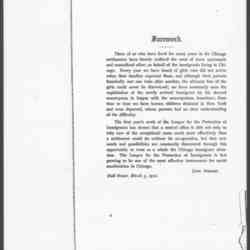 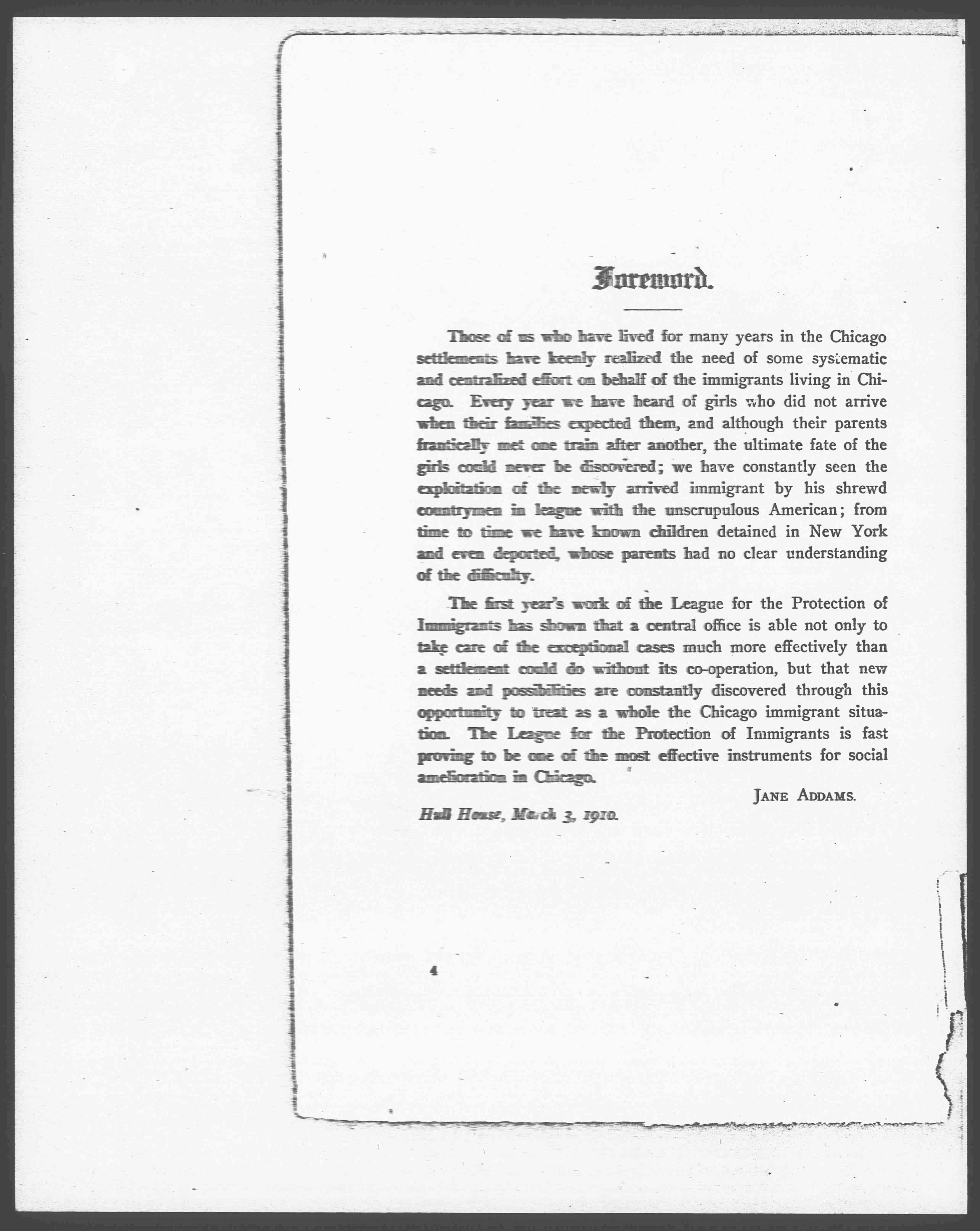 Those of us who have lived for many years in the Chicago settlements have keenly realized the need of some systematic and centralized effort on behalf of the immigrants living in Chicago. Every year we have heard of girls who did not arrive when their families expected them, and although their parents frantically met one train after another, the ultimate fate of the girls could never be discovered; we have constantly seen the exploitation of the newly arrived immigrant by his shrewd countrymen in league with the unscrupulous American; from time to time we have known children detained in New York and even deported, whose parents had no clear understanding of the difficulty.

The first year's work of the League for the Protection of Immigrants has shown that a central office is able not only to take care of the exceptional cases much more effectively than a settlement could do without its [cooperation], but that new needs and possibilities are constantly discovered through this opportunity to treat as a whole the Chicago immigrant situation. The League for the Protection of Immigrants is fast proving to be one of the most effective instruments for social amelioration in Chicago.

As a foreword to the report on the Immigrants Protective League, Addams explains the difficulties immigrants face and the importance of the League's work to assist them.